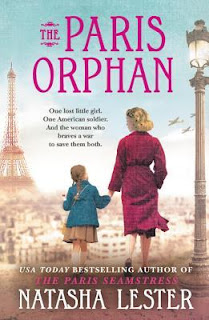 An American soldier and an enterprising photographer brave occupied France during World War II to help give a little girl her dream--a family--in this gripping novel from the bestselling author of The Paris Seamstress.

New York City/Paris, 1942: When American model Jessica May arrives in Europe to cover the war as a photojournalist for Vogue, most of the soldiers are determined to make her life as difficult as possible. But three friendships change that. Journalist Martha Gellhorn encourages Jess to bend the rules. Captain Dan Hallworth keeps her safe in dangerous places so she can capture the stories that truly matter. And most important of all, the love of a little orphan named Victorine gives Jess strength to do the impossible. But her success will come at a price...

France, 2005: Decades after World War II, D'Arcy Hallworth arrives at a beautiful chateau to curate a collection of famous wartime photos by a reclusive artist. It's the opportunity of a lifetime, but D'Arcy has no idea that this job will uncover decades of secrets that, once revealed, will change everything she thought she knew about her mother, Victorine, and alter D'Arcy's life forever.

Includes a reading group guide!
Link to purchase the book

Every word I write is as difficult as tears wrung from stone.

She’d tried letting her photographs speak for her and it wasn’t working. Time to unleash a different weapon.

The war was marching on without them. Their male counterparts were the only ones reporting anything worth reading.

she knew the moment she caught it that it was the image that would show America what war had become. Not a gallant and heroic jousting for glory but a savage and bestial destruction of humankind.

I implore you to believe this is true.

Fiction is all about what is possible and both of these examples made me believe that it was possible for Victorine to have been accommodated in a field hospital for a few months.

Female photojournalists during World War II were treated unfairly, and that is an understatement. Jessica May has just lost a contract with Vogue magazine. Jess may have lost her livelihood, but not her drive. Actually, she has had another desire all along. Having spent years learning about photography while her parents were alive, along with a yearning to write, she strives to become a woman taken seriously in the world of photojournalism.

First Italy. Then Paris, with many places in between. Jess not only sees the very worst war has become, she must fight another battle. This is one of becoming worthy of being taken seriously, despite the fact that she is a woman. Jess, along with a few other women, fight tooth and nail to get access to the important stories. They want to report on the travesties of war, just like their male counterparts.

Not only does Jess have to fight to be in a place that counts, she fights one man in particular, Warren Stone. Stone would rather Jess fail on many levels. However, Lieutenant Colonel Daniel Hallworth opens many doors for Jess, keeping her as safe as possible so that she can prove her incredible value. Meanwhile, Dan casts a protective net around a little girl named Victorine, keeping her as safe from the horrors of war as possible.

The story begins a back-and-forth shift from the war to 2005. We then meet D'Arcy Hallworth, an art handler and curator hired to protectively package countless photos from an unnamed artists. The scope of the job is a bit out of the ordinary for her, but it is a once and a lifetime opportunity for her, so she travels to Paris. When D'Arcy arrives, she meets people who will change her life forever. This will also affect the relationship she has with her mother, Victorine.

What an emotionally charged story! Having read dozens of historical fiction novels still left me woefully unprepared for what I was about to read in The Paris Orphan. The realities of war, dark, brutal and devastating, left me in tears more than once. I was drawn into the characters as much as I was drawn into the effects of the war. Those named, and those unnamed. For starters, There are Jess, Dan, Victorine, Martha Gellhorn, Lee Miller, D'Arcy, Josh and Jennings. Then there were the victims of the war.

Although fiction, Natasha Lester did a tremendous amount of research (as revealed in the words at the end of the book), that allowed her to include historical facts, characters and places in the affecting story. This book gets the highest rating I can give. Can I say I loved it? In some ways, no. I was heartbroken. However, it is history that contained an incredible amount of realism and that allows me to highly respect it and find the tremendous value it offers tor lovers of anything historical related to war.

I usually read my books straight through, but this book took a few sessions. I had to think about it, dry more than a few tears, and realize how thankful I am to live in a land unaffected by war. It saddens me, however, that there are yet entire populations still suffering the unimaginable in today's times.

Thank you, Ms. Lester, for writing such an impressive book. I also want to thank the author for writing Jessica May's story that was actually based on the life of Lee Miller. I encourage readers to discover for themselves why this book wasn't about Lee (although she was a secondary character)  and why Ms. Lester chose to create the character of Jess. 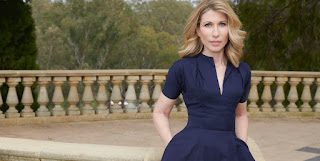 I’m the USA Today bestselling author of The Paris Seamstress, as well as Her Mother’s Secret and a A Kiss from Mr Fitzgerald. My fourth historical novel, The French Photographer, is out now in Australia and will be published in North America in September as The Paris Orphan.

I’m published by Hachette Australia, Grand Central in America and Little, Brown in the UK. I live in sunny Perth, Western Australia. If you’re after my media and publicity bio, you can click here.

MY DREAM OF BECOMING A WRITER

I came late to writing. When I was a child, I loved nothing more than to read; to escape into the world of a story. I also loved to write little books and poems and I wondered what it would be like to make readers feel the way I did whenever I read a book.

When I left high school, there were no creative writing degrees at universities. I didn’t know how to become a writer. I completed a degree in Marketing and Public Relations and for the next 10 years I worked for companies like L’Oreal in Australia as the Marketing Manager for Maybelline. It was great fun; I had more lipsticks than anyone could ever need. But it wasn’t what I really wanted to do.

One day, I quit my fabulous job and went back to uni to study Creative Writing.

FROM ONE SMALL POEM TO SEVERAL NOVELS

The first thing I ever submitted for publication was a poem. It was published by a journal and it was the best $100 I’d ever earned.

But it wasn’t easy. I had three babies over the five years of writing my first book. My manuscript was rejected many times. But I loved writing, so I kept going through all the babies and all the doubt and all the rejections. Finally, someone believed in my first book as much as I did and I won the TAG Hungerford Award for Fiction for my very first novel, What is Left over, After.

My dream has come true! I began writing historical fiction in 2016. It combines my passion for history, research, travel, fashion, and writing stories of women who blazed a trail, and to whom I’m indebted; they’ve made my pathway through life much easier because of the way they fought for equality and the right to do the things that many people doubted women could do.

I’ve been so fortunate to find readers for my books, and to be published all around the world.

I hope you enjoy escaping into the world of one of my novels! If you’d like to stay in touch, you can enter your email address in the box below to receive my monthly e-newsletter.