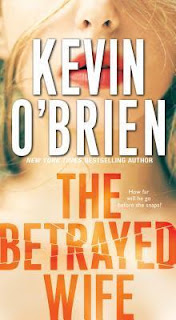 THE PERFECT FAMILY Sheila O'Rourke has always known her husband isn't perfect. Who is? But things have been better since they moved to Seattle to make a fresh start. So much so that when sixteen-year-old Eden turns up, claiming to be Dylan's child by another woman, Sheila tries to be welcoming. CAN BECOME At first, Sheila feels sympathy for the girl. Eden's mother recently fell to her death in an incident with unsettling parallels to Sheila's past. Still, Eden is a difficult house guest, sowing discord among the family. Sheila has already been on edge for weeks, receiving anonymous texts, noticing odd noises coming from the house next door. And that's just the start. A PERFECT NIGHTMARE Sheila wants to trust Dylan. She wants to feel safe in her own home. But no one can hurt you more easily than the ones closest to you . . . the ones you keep believing until it's too late . . .
Link to purchase the book.

Sheila O'Rourke behaves in a really kind manner. Her marriage was a bit rocky, but a recent move to Seattle smoothed things out a bit. However, when a teen girl shows up at her home, claiming to be the daughter of her mother, Sheila is perplexed. Shockingly, the girl's mother has just died from falling off a roof. Knowing she has no one else, Sheila invites the girl, Eden, to live with her husband and their two teen children.

Things begin to go awry rather quickly. Things such as anonymous texts, strange noises next door, and other odd things, make Sheila worry. She is not just worried that this might have something to do with Eden, but she begins to doubt her husband Dylan. Is there something that he is hiding from her?

This psychological thriller by Kevin O'Brien has no shortage of unlikable characters, most notably, Eden and Dylan. As Dylan's true nature is revealed, it is any wonder that Sheila stayed with him over the years. Then there is the weird and obnoxious neighbor that moves in next door. Also, there is Eden's boyfriend. Lastly, there is an unnamed narrator for part of the story. Therefore, there are lots of twists and turns throughout the many pages. I was rather impressed with Sheila's focus. Had it been me, I would have shriveled up and shut out the world.

The Betrayed Wife is the first book I have read by this author. I loved the style, the suspense and the shocking conclusion. This book did WOW me and I look forward to reading more from him in the future.

Many thanks to Pinnacle Books and to NetGalley for this ARC for review. This is my honest opinion. 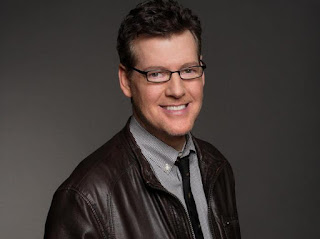 Before his thrillers landed him on the New York Times and USA Today Bestseller lists, Kevin O’Brien was a railroad inspector. The author of 20 internationally-published thrillers, he won the Spotted Owl Award for Best Pacific Northwest Mystery, and is a core member of Seattle 7 Writers. Press & Guide said: “If Alfred Hitchcock were alive today and writing novels, his name would be Kevin O’Brien.” Kevin’s latest nail-biter, THE BETRAYED WIFE, will be in bookstores this summer.