Review - Home with You 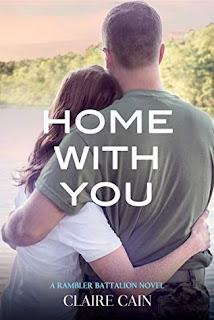 I hadn’t seen Major Reese Flint in ten years—not since I was sixteen. Growing up, he was always kind to me despite our age difference and my role as the caretaker’s daughter. Our reunion forced me to see the gorgeous man he’d turned into. Reese was just as shocked by me, but evidently not in a good way since he then resolutely avoided me.

We’re forced back together when Reese’s mother hires me to help him recover from an injury. In theory, that’s easy since I still live in the garage apartment above the house I watched for him while he was deployed.

But when Reese’s mom asks for more than that, I’m torn between my loyalty to the family who gave me so much during my childhood and my newfound feelings for Reese. Just when Reese stops resisting his interest in me and I have more than I could have hoped for, I discover I’m more at risk of losing everything than I could have imagined.
Link to purchase the book

It has been ten years since Erin Kelly has seen Reese Flint. He is now a Major in the Army, having served nearly twenty years. Erin has been house-sitting in the garage apartment and now Reese is back. Erin in in shock. Here is the man of her heart. Her dreams. Mark cannot believe his eyes. Eleven years his junior, Erin has become a stunningly beautiful young woman. If only she weren't so young...

A year passes, and Mark and Erin were like two ships in the night. Erin is confused as to why Mark won't even try and befriend her. Mark gets hurt at work and Erin begins to assist him. His over-bearing mother would rather be in charge. His brother Ben drops in from time-to-time, but he only seems to agitate both Erin and Mark - but for completely different reasons that both are unaware of.

He has never made his parents happy. With their wealth and vision, they expected much more from him. It has been nearly two decades and they, especially his mother, think it is high time for Mark to retire.

Mark and Erin get along famously, although Mark is quick to remind Erin of their age differences. It becomes a battle of wills, especially when his family becomes a factor. The romance in this book is definitely a slow burn. I love reading romances that offer such intensity without any physicality. In so doing, the author allowed raw emotion and depth to develop between the characters.

Home with You is the fourth book in the Rambler Battalion series. I hadn't had the opportunity to read the previous titles, but I had no problem becoming fully invested in the story. I like Claire Cain's writing style and do look forward to reading more of her in the future. 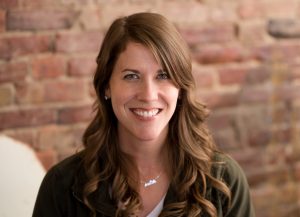 The short version: Claire Cain lives to eat and drink her way around the globe with her traveling soldier and two kids, but is perhaps even happier hunkered down at home in a pair of sweatpants and slippers using any free moment she has to read and cook. Or talk—she really likes to talk. She has become an expert at packing too many dishes in too few cabinets and making houses into homes from Utah to Germany and many places in between. She’s a proud Army wife and is frankly just really happy to be here.

The longer version: After college in New York, I married my best friend who commissioned into the Army the same week we were married. At our second duty station I earned my Master’s degree in English Literature with a focus on Creative Writing—though my passion then was creative non-fiction. I taught English for the university, forcing critical thinking and correct use of semi-colons on unsuspecting freshman and sophomores for more than eight years.

I always wanted to write a book, but I couldn’t wrap my head around what I’d write about. It wasn’t until 2017 when I started reading romance that I found the kind of stories I wanted to tell—stories that made people happy, that didn’t take away but instead added to the celebration of love.

After reading as many books as I could get my hands on, I found a recurring theme in the military romance sub-genre—they were almost always romantic suspense. If they weren’t suspense, then they were either a. a story about a special forces soldier or b. a story about a soldier (usually from the a category) who’d retired and started/joined a security agency of some kind.

And there were some great ones. But what I kept thinking was, “Where’s my story? Where’s my soldier?” I wanted to see stories about “regular” soldiers, and more particularly, I wanted to see the women who love them address some of the things that I’ve found challenging about being a military spouse. So! When I didn’t see those books, I decided to write one.