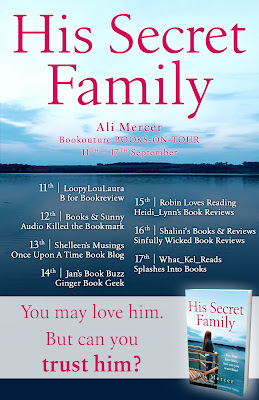 Today is my stop on the Blog Tour for His Secret Family by Ali Mercer.

It’s a beautiful day for a wedding. White roses scent the air and the summer sunlight streams in. A spoon chimes against a champagne flute and the room falls silent. And there he is – my husband – getting to his feet to propose a toast. He’s still handsome. His new wife is next to him, gazing upwards, oblivious.

I’m not supposed to be here. All these years in the same town and I had no idea until I saw his name on the seating plan. He lived with me, once. Loved me. Small-town memories are long, but the people in this room don’t want to remember.

They say the healing is in letting go, but after what he did, he needs to know we haven’t gone away just because he’s shut his eyes.

So I take Daisy by the hand and step forward from the shadows. He notices us and his eyes widen. The champagne glass falls from his hand and smashes. Then he sags forward, making a terrible sound – a sort of strangled scream…

A powerfully emotional novel with a dark secret at its heart. This family drama will keep you hooked until the very last page. Perfect for fans of The Silent Wife, Kate Hewitt and Jodi Picoult. 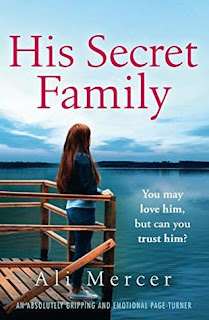 He simply walked away. After a few years of marriage to Paula, Mark had an affair with Jenny. However, he went back to Paula and they had a daughter named Daisy. However, as it was slowly revealed that Daisy was on the autism spectrum, it all became too much for Mark.

When Mark and Jenny originally had their affair, Jenny became pregnant with a daughter she named Ava. Jenny married another man, and even had another daughter named Ellie. When Ava was sixteen, Jenny and Mark began dating and soon married. Jenny had no idea that Mark had left his family, especially due to his not being able to cope with a disabled daughter.

This touching story by Ali Mercer is delivered in first-person from four points of view - Jenny, Paula, Ava and Ellie. Paula's entries are especially sad, as she was left to raise Daisy all alone. Jenny is thrilled, yet hesitant to have another chance with Mark, especially with two daughters that she has always put first in her life. Then Ava and Ellie have very different views on what is happening with their mother and the "new" man in her life.

Mark's point of view is not shared. However, readers get enough ammunition to dislike him greatly. After all, how can anyone be drawn to a person that walks out on a wife and child, never mind the original affair?

This was a difficult story to read at times. My heart bled for Paula and Daisy. Meanwhile, I hated to wonder whether or not Jenny would be hurt by letting Mark back into her life. However, it was these very issues that made this book such a compelling read. Ms. Mercer writes an affecting story, allowing readers to be drawn into the delicate lives of these characters, all the while hoping beyond hope that they would all find a happy future. With so many issues touched on: autism, cheating, divorce and more, this was a superb read. The author did a fine job leaving me satisfied with the conclusion. 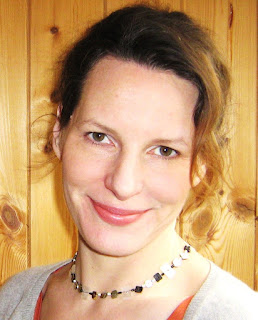 Ali decided she wanted to be a writer early on and wrote her first novel when she was at primary school. She did an English degree and spent her early twenties working in various jobs in journalism, including as a reporter for the showbusiness newspaper The Stage. She started writing fiction in earnest after getting married, moving out of London to the Oxfordshire market town of Abingdon and starting a family. She has two children, a daughter and a son who is autistic and was diagnosed when he was four years old.

Ali is fascinated by families, their myths and secrets, and the forces that hold them together, split them up and (sometimes) bring them back together again. She always travels with tissues and a book and has been known to cry over a good story but is also a big fan of the hopeful ending.