Review - The Woman in the Dark 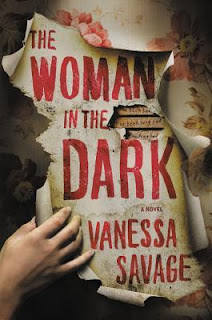 DESCRIPTION:
A debut psychological thriller about a woman who moves with her family to the gothic seaside house where her husband grew up--and where 15 years ago another family was brutally slaughtered.

Sarah and Patrick are happy. But after her mother's death, Sarah spirals into depression and overdoses on sleeping pills. While Sarah claims it was an accident, her teenage children aren't so sure. Patrick decides they all need a fresh start and he knows just the place, since the idyllic family home where he was raised has recently come up for sale. There's only one catch: for the past fifteen years, it has become infamous as the "Murder House", standing empty after a family was stabbed to death within its walls.

Patrick believes they can bring the house back to its former glory, so Sarah, uprooted from everything she knows, pours her energy into painting, gardening, and giving the rotting old structure the warmth of home. But with locals hinting that the house is haunted, the news that the murderer has been paroled, strange writing on the walls, and creepy "gifts" arriving on the doorstep at odd hours, Sarah can't shake the feeling that something just isn't right. Not with the house, not with the town, or even with her own, loving husband--whose stories about his perfect childhood suddenly aren't adding up. Can Sarah uncover the secrets of the Murder House before another family is destroyed?

Patrick Walker will not take no for an answer. He begs, pleads, reasons with his wife Sarah to move back into his childhood home. Sarah had more than one reason for being so indecisive. Her primary reason was a good one. 15 years previously a family was brutally murdered there, and the house is referred to as the Murder House.

Before Patrick thrust this idea on Sarah, they were happy. However, her mother had died months before, and Sarah went into a deep depression and even suffered a breakdown. She never quite came out of it. At some point, Sarah apparently overdosed on sleeping pills. Patrick then insists that this might be the perfect time for their family to start over. Despite Patrick's exuberance, Sarah insists she didn't try to kill herself, and their teenage children don't quite believe it. The children, and especially Sarah, are nowhere near as excited as Patrick to move.

Patrick says that he has been watching the house for years, just waiting for it to go on sale. When it does, and with the sleeping pill incident, Patrick insists so the family makes the move. What a fateful move it was! From the outset, they are being watched, by nosy neighbors, but also by someone Sarah swears is watching them at odd times. Then they start getting weird offerings, or gifts, at various locations about the house. When Sarah learns that the murderer of the other family has been paroled, she is convinced that he is the one doing the strange things. Meanwhile, the teens start having nightmares.So, Sarah begins wondering whether or not the house is haunted.

What a doozy! Living in such a house, weird things happening, nightmares and a paroled prisoner make for a very wary predicament for the family. Despite a lot of twists for the reader to follow, things begin to unravel slowly and things begin to show that things were not as they seemed.

As the book progressed, I liked Patrick less and less, but still could not put the book down. This was definitely due to the goings on, how the various characters were affected, especially Sarah. Vanessa Savage has written a stunning debut thriller. It was dark, twisty and compelling. The conclusion was incredibly shocking. If this is what is on tap, I will definitely be on the lookout for more.

Many thanks to Grand Central Publishing for this ARC for review in exchange for my honest opinion. 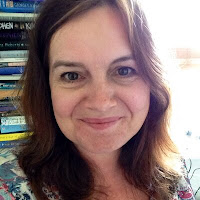 Vanessa Savage is a graphic designer and illustrator. She has twice been awarded a Writers' Bursary by Literature Wales, most recently for THE WOMAN IN THE DARK. She won the Myriad Editions First Cries competition in 2016 and her work has been highly commended in the Yeovil International Fiction Prize, longlisted for the Bath Novel Award, and shortlisted for the Harry Bowling Prize and the Caledonia Fiction Prize.