Review - The Next to Die 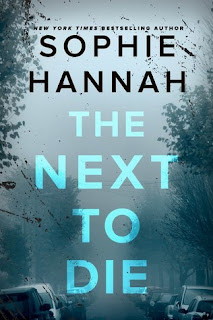 DESCRIPTION:
The New York Times bestselling author of The Monogram Murders and Woman with a Secret returns with a disturbing tale of psychological suspense and obsession that hits at the heart of some of our most precious relationships.

What if having a best friend could put you in the crosshairs of a killer?

A psychopath the police have dubbed “Billy Dead Mates” is targeting pairs of best friends, and killing them one by one. Before they die, each victim is given a small white book.

For months, detectives have failed to catch Billy, or figure out what the white books symbolize and why the killer leaves them behind. The police are on edge; the public in a panic. Then a woman, scared by what she’s seen on the news, comes forward. What she reveals shocks the investigators and adds another troubling layer to an already complex case.

Stand-up comedian Kim Tribbeck has one of Billy’s peculiar little books. A stranger gave it to her at a gig she did last year. Was the stranger Billy, and is he targeting her—or is it something more nefarious? Kim has no friends and trusts no one, so how—and why—could Billy Dead Mates want to target her? If it’s not her, then who will be the next to die?

Sophie Hannah raises the stakes with each successive page in this haunting and twisting thriller that reaffirms her place as one of today’s most talented suspense writers.

Culver Valley detectives have a difficult job on their hands. Four people have been killed. The only apparent connection is that they were two pairs of friends. Is there a serial killer murdering close friends? The killer is dubbed "Billy Dead Mates" and the case has dragged on for months.

Stand-up comedienne Kim Tribbeck has just lost her grandmother. While on the cancer ward visiting her grandmother Marion, Kim spots a little white book. As odd as it seems, it doesn't raise her awareness until she sees a news report about the murders and that the four victims were each given the same books within weeks of their murders.

Is Kim the next victim? Kim thinks not because, truth be told, she has no friends, never mind someone close enough to be called a best friend. But, she cannot let it rest and informs the police of her find. Kim is more than frightened for her life. If Kim is not to be the next victim, surely someone else will certainly die.

As detectives look for clues and suspects, they seek out any other similarities among the people murdered, but do not want to take Kim seriously. In any event, they pursue every possible angle, but suffer a terrible lack of clues. What they do find are differences such as sex, race and socioeconomic status.

This story was definitely exciting from the outset. However, it felt a bit too long with other factors included that didn't seem to connect to the case at hand. As things wrapped up, the conclusion was definitely a surprise. As the primary character was a comic, there was plenty of humor in this book, thus making an otherwise bland story a bit more interesting.

The Next to Die is the tenth book in the Spilling CID series. Although I had not read the previous titles, this book did just fine as a standalone.

Many thanks to William Morrow and to Edelweiss for this ARC to review in exchange for my honest opinion. 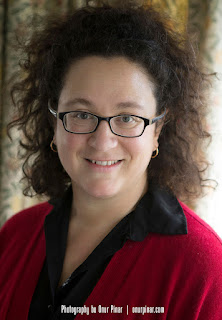 In 2014, with the blessing of Agatha Christie’s family and estate, Hannah published a new Poirot novel, The Monogram Murders, which was a top five bestseller in more than fifteen countries. She has since published two more Poirot novels, Closed Casket and The Mystery of Three Quarters, both of which were instant Sunday Times Top Ten bestsellers.

In 2013, her novel The Carrier won the Crime Thriller of the Year Award at the Specsavers National Book Awards.  She has also published two short story collections and five collections of poetry – the fifth of which, Pessimism for Beginners, was shortlisted for the T S Eliot Award. Her poetry is studied at GCSE, A Level and degree level across the UK.

Most recently, Sophie has published a self-help book called How to Hold a Grudge: From Resentment to Contentment – The Power of Grudges to Transform Your Life.

She lives with her husband, children and dog in Cambridge, where she is an Honorary Fellow of Lucy Cavendish College.