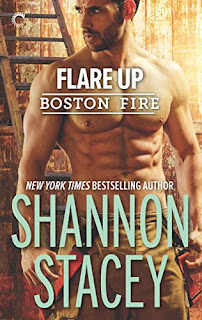 DESCRIPTION:
Meet the tough, dedicated men of Boston Fire - and the women who turn their lives upside down.

Nursing a broken heart while everybody around him seems to be drowning in happiness has Grant Cutter wondering whether staying with Engine 59 - or even Boston Fire - is in his future. It's tempting as hell to pack up what fits in his Jeep and hit the road. But then a 911 call brings the woman who shattered his heart back into his life, and he knows he won't ever be able to fully leave her in his rearview mirror.

For a few months, Wren Everett had thought the nightmare of her past was behind her and she might live happily ever after with Grant. Until she got the phone call letting her know the time her ex had spent in jail for assault hadn't cooled his temper or determination that she belonged with him. Cutting ties with Grant was the hardest thing she'd ever had to do, but it was also the only way to keep him safe.

Now that Grant is back, he's not letting Wren push him away again. Even with the trust issues between them, Wren dares to hope she and Grant might have a future together after all...if they're willing to fight for it.

Grant Cutter has never gotten over the fact that his year-long girlfriend, a woman he really wanted to marry, just left him. He loved Wren Everett to distraction, and with her gone, and everyone around him drowning in bliss, he is thinking of leaving Engine 59, or even Boston Fire completely. But in his latest fire, one of the people he saves is none other than Wren.

Sad to have left Grant, Wren had very good reason. She has had a quiet few months and she is convinced that the nightmare she led due to her previous ex is over. But, not only has he been released from jail due to an assault, she is burned out of her temporary home. She literally finds herself in the arms of the one man she truly loves, Grant. He carried her out of a very serious, and completely destructive fire.

Grant is truly happy that Wren is okay, but he wants to just walk away. After all, that is what she did to him. Instead, he realizes that he is determined to win her back, even if understanding her actions is near to impossible for him.

This second chance romance in Flare Up is wrought with problems. Wren has to regain Grant's trust as to why she left him, but also why she stayed close in Boston. As Grant worked on trusting her again, his hope for a forever future with her definitely had its doubts. I had doubt of my own as it seemed that once the explanation was made and processed, they could move on. Watching Grant and Wren get comfortable in their desire to move ahead was a bit long. However, Grant had a heart of gold and it was truly nice to see him - and all of their friends in common - envelop Wren in their arms.

This romance had a bit of suspense as the guy harassing Josie had to have his comeuppance. This is part of the Boston Fire series and is the final book. I enjoyed the limited time I have had with this series and look forward to reading more by Shannon Stacey.

Many thanks to Carina Press and to NetGalley for this ARC to review in exchange for my honest opinion.

Review for Under Control,
https://www.robinlovesreading.com/2018/09/blog-tour-under-control.html 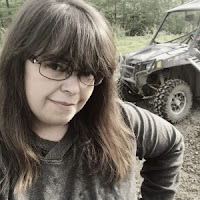 New York Times and USA Today bestselling author SHANNON STACEY lives with her husband and two sons in New England, where her two favorite activities are writing stories of happily ever after and off-roading with her friends and family. You can contact Shannon through her website, www.shannonstacey.com, as well as sign up for her newsletter.