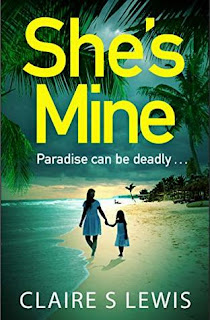 DESCRIPTION:
She was never mine to lose...
When Scarlett falls asleep on a Caribbean beach she awakes to her worst nightmare – Katie is gone. With all fingers pointed to her Scarlett must risk everything to clear her name.

As Scarlett begins to unravel the complicated past of Katie's mother she begins to think there's more to Katie's disappearance than meets the eye. But who would want to steal a child? And how did no-one see anything on the small island?

Time is running out and Scarlett is certain of only one thing – she didn't kill Katie. Did she?

Scarlett Reyes is the nanny to four-year-old Katie. One day, while on the beach, Scarlett begs to feel very sleepy. Of course, this is not good, because she sees Katie drifting further away, but she is unable to keep her eyes open. When she awakens, Katie is gone.

At the outset, Katie's mother, Christina, is beside herself with worry and grief, but her attitude begins to change. Christina's boyfriend Damien is completely unconcerned. Quite naturally, Scarlett feels very guilty about losing Katie, but she insists that she had to be drugged.

The story spins back to 1997 and begins discussing photographs. These become an integral part of the story. It is at this time that we meet other characters. It is this long ago time period that changes the flavor of this story. Making the connection and tying everything in with the present created quite a challenge.

Suddenly, more than halfway into the story, there was a major shift and then all of the pieces began to fall into place. Occasionally while reading this story, I did feel that it would be a no-go. However, the pacing really picked up. There were some strange goings on that literally woke me up and made me pay very sharp attention. After all, I just wanted Katie to be okay.

With unnamed characters, and an apparently unreliable narrator, I became very much involved in the latter part of the story. Although the conclusion turned out to be a bit predictable, this debut novel was definitely a worthy read.

Many thanks to Aria and to NetGalley for this ARC to review in exchange for my honest opinion. 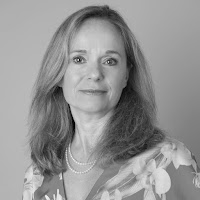 Claire Simone Lewis studied philosophy, French literature and international relations at the universities of Oxford and Cambridge before starting her career in aviation law with a City law firm and later as an in-house lawyer at Virgin Atlantic Airways. More recently, she turned to writing psychological suspense, taking courses at the Faber Academy. She's Mine is her first novel. Born in Paris, she's bilingual and lives in Surrey with her family.