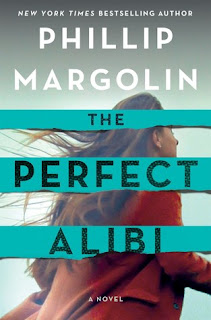 A young woman accuses a prominent local college athlete of rape. Convicted with the help of undisputable DNA evidence, the athlete swears his innocence and threatens both his lawyer and his accuser as he's sent to prison. Not long after, there's another rape and the DNA test shows that the same person committed both rapes—which is seemingly impossible since the man convicted of the first rape was in prison at the time of the second one. Now, the convicted athlete, joined by a new lawyer, is granted a new trial and bail. Shortly thereafter, his original lawyer disappears and his law partner is murdered.


Robin Lockwood is a young lawyer with a prestigious small law firm and a former MMA fighter who helped pay for Yale Law School with her bouts. She is representing the victim of the first rape for her civil lawsuit against her rapist, who is now convinced the rapist is stalking her and trying to intimidate her. At the same time, another client is up on a murder charge—one that should be dismissed as self-defense—but the D.A. trying the case is determined to bring it to trial. Now she has to mastermind two impossible cases, trying to find the hidden truth that links the two of them.
Link to purchase the book

Convicted of rape by a prominent college student, the athlete accused claimed innocence. Besides that, he threatens both the lawyer and the young woman when he is sent to prison. Shortly after there is another rape and the DNA is the same as the man imprisoned. Not possible since the man was in prison at the time, so he gets a new trial.

Robin Lockwood may be a young lawyer, but she works for a well-respected law firm. The former MMA fighter paid for law school with her earnings. She is now representing the victim of the first rape in a civil lawsuit. The victim fears that she is being stalked. Then, the lawyer that originally represented the man accused of disappears and his partner is murdered. Meanwhile, Robin has another serious case that she is trying to avoid being brought to trial. These are two difficult cases, that may potentially be linked.

The Perfect Alibi is the second book in the Robin Lockwood series. The cases are intriguing and the story is captivating. It truly was, and I simply could not put the book down. Following two cases truly kept my attention throughout. There were twists and turns which really worked because this made it impossible to sort things out without getting to the riveting conclusion. I enjoyed this book by Phillip Margolin, as well as the first book in the series, The Third Alibi. I look forward to following the series.

Many thanks to St. Martins/Minotaur Books and to NetGalley for this ARC in exchange for my honest opinion.

Review for The Third Victim,
https://www.robinlovesreading.com/2019/03/review-third-victim.html

I grew up in New York City and Levittown, New York. In 1965, I graduated from The American University in Washington, D.C. with a Bachelor's Degree in Government. From 1965 to 1967, I was a Peace Corps volunteer in Liberia, West Africa. In 1970, I graduated from New York University School of Law. During my last two years in law school I went at night and worked my way through by teaching junior high school in the South Bronx in New York City. My first job after law school was a clerkship with Herbert M. Schwab, the Chief Judge of the Oregon Court of Appeals. From 1972 until 1996, I was in private practice specializing in criminal defense at the trial and appellate levels. As an appellate attorney I have appeared before the United States Supreme Court, the United States Court of Appeals for the Ninth Circuit, the Oregon Supreme Court and the Oregon Court of Appeals. As a trial attorney, I handled all sorts of criminal cases in state and federal court and I have represented approximately 30 people charged with homicide, including several who have faced the death penalty. I was the first Oregon attorney to use the Battered Women's Syndrome to defend a battered woman accused of murdering her spouse.

Vanishing Acts, a young adult novel written by me and my daughter Ami Margolin Rome was published in October, 2011 by HarperCollins.

From 1996 to 2009 I was the President and Chairman of the Board of Chess for Success. I am still heavily involved in the program and I returned to the Board after a one year absence in 2010. Chess for Success is a non-profit charity that uses chess to teach elementary and middle school children in Title I schools study skills. From 2007 to 2013, I was on the Board of Literary Arts, which sponsors the Oregon Book Awards, The Writers in the Schools program and Portland Arts and Lectures.