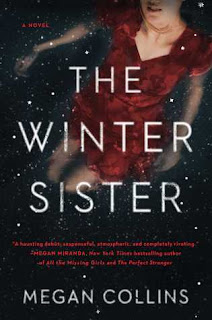 DESCRIPTION:
In this spellbinding and suspenseful debut, a young woman haunted by the past returns home to care for her ailing mother and begins to dig deeper into her sister’s unsolved murder.

Sixteen years ago, Sylvie’s sister Persephone never came home. Out too late with the boyfriend she was forbidden to see, Persephone was missing for three days before her body was found—and years later, her murder remains unsolved.

In the present day, Sylvie returns home to care for her estranged mother, Annie, as she undergoes treatment for cancer. Prone to unexplained “Dark Days” even before Persephone’s death, Annie’s once-close bond with Sylvie dissolved in the weeks after their loss, making for an uncomfortable reunion all these years later. Worse, Persephone’s former boyfriend, Ben, is now a nurse at the cancer center where Annie is being treated. Sylvie’s always believed Ben was responsible for the murder—but she carries her own guilt about that night, guilt that traps her in the past while the world goes on around her.

As she navigates the complicated relationship with her mother, Sylvie begins to uncover the secrets that fill their house—and what really happened the night Persephone died. As it turns out, the truth will set you free, once you can bear to look at it.

The Winter Sister is a mesmerizing portrayal of the complex bond between sisters, between mothers and daughters alike, and forces us to ask ourselves—how well do we know the people we love most?

Sylvie O'Leary's older sister Persephone, seventeen at the time, never came home one night. When Persephone was out she was with a boyfriend that her mother forbade her to see. It was three torturous days before her body was discovered. It is now sixteen years later and her murderer was never found.

Sylvie has been estranged from their mother for several years. When she does return home to care for her other, Annie, as she is undergoing cancer, Sylvie runs into Persephone's former boyfriend Ben. The reason Sylvie is caring for her mother is she is in cancer treatment. Ben is now a nurse at the cancer center. Shocked, Sylvie doesn't know what to do because for all of those years she was completely convinced that Ben is the one that killed her sister and then got away with it.

On the one hand, she still blames Ben, although the police never had enough to charge him. However, she also has her own guilt about her sister's death, so at the very least, she is desperate to find answers, and these answers go a long way to revealing secrets. It takes a lot of work, questions and angst, but things eventually begin to come clear about that dreadful night.

As mentioned, Sylvie was estranged from Annie. Their relationship is painstakingly examined all the while Sylvie thinks hard about her relationship with Persephone while they were teens. Presently she must deal with being around Ben and exploring any connection he had to the murder.

Along with the connections made between Sylvie and Annie, and even Sylvie and Ben, there were some surprising twists and turns, as well as other suspects. No doubt I was desperately intrigued while reading this book. I was shocked at some of the reveals, but especially as to what actually happened to Persephone. This debut novel by Megan Collins proved to be an excellent read.

Many thanks to Atria and to Edelweiss for this ARC to review in exchange for my honest opinion.

Megan Collins is the author of The Winter Sister (Atria/Simon & Schuster). She received her B.A. in English and Creative Writing from Wheaton College in Norton, Massachusetts, and she holds an M.F.A. in Creative Writing from Boston University, where she was a teaching fellow. She has taught creative writing at the Greater Hartford Academy of the Arts and Central Connecticut State University, and she is Managing Editor of 3Elements Review. A Pushcart Prize and two-time Best of the Net nominee, her work has appeared in many print and online journals, including Compose, Linebreak, Off the Coast, Spillway, Tinderbox Poetry Journal, and Rattle. She lives in Connecticut.