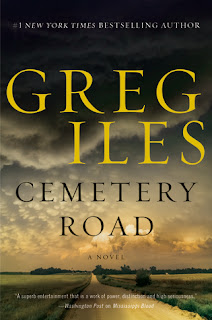 DESCRIPTION:
The #1 New York Times bestselling author of the Natchez Burning trilogy returns with an electrifying tale of friendship, betrayal, and shattering secrets that threaten to destroy a small Mississippi town.

When Marshall McEwan left his hometown at age eighteen, he vowed never to return. The trauma that drove him away ultimately spurred him to become one of the most successful journalists in Washington D.C. But just as the political chaos in the nation’s capital lifts him to new heights, Marshall is forced to return home in spite of his boyhood vow.

His father is dying, his mother is struggling to keep the family newspaper from failing, and the town is in the midst of an economic rebirth that might be built upon crimes that reach into the state capitol—and perhaps even to Washington. More disturbing still, Marshall’s high school sweetheart, Jet, has married into the family of Max Matheson, patriarch of one of the families that rule Bienville through a shadow organization called the Bienville Poker Club.

When archaeologist Buck McKibben is murdered at a construction site, Bienville is thrown into chaos. The ensuing homicide investigation is soon derailed by a second crime that rocks the community to its core. Power broker Max Matheson’s wife has been shot dead in her own bed, and the only other person in it at the time was her husband, Max. Stranger still, Max demands that his daughter-on-law, Jet, defend him in court.

As a journalist, Marshall knows all too well how the corrosive power of money and politics can sabotage investigations. Without telling a soul, he joins forces with Jet, who has lived for fifteen years at the heart of Max Matheson’s family, and begins digging into both murders. With Jet walking the dangerous road of an inside informer, they soon uncover a web of criminal schemes that undergird the town’s recent success. But these crimes pale in comparison to the secret at the heart of the Matheson family. When those who have remained silent for years dare to speak to Marshall, pressure begins to build like water against a crumbling dam.

Marshall loses friends, family members, and finally even Jet, for no one in Bienville seems willing to endure the reckoning that the Poker Club has long deserved. And by the time Marshall grasps the long-buried truth, he would give almost anything not to have to face it.

After he left his hometown when he was eighteen years old, Marshall McEwan swore he would never return. This was due to a trauma that occurred. But, it did lead him to becoming a very successful journalist, even to the point of being a Nobel Prize winner, in the country's capitol. However, with his father dying and the family's newspaper struggling, Marshall is forced to return home.

One person that Marshall cannot avoid is his high school sweetheart, Jet, who is now a high-powered attorney. Although Jet married a very powerful man in the town of Bienville that Marshall returned to, they cannot avoid their powerful attraction to one another. Despite Marshall's heavy involvement with Jet, Marshall's attention is swiftly divided as he is devastated by the murder of someone very important to him, Buck McKibben. Although an investigation into the murder is going on, the police cannot help but to redirect their attention when yet another crime occurs.

As a journalist,what else is Marshall to do but to dive into the explanation of both murders? He digs and digs and gets help from Jet and another good friend. Working with Jet is rather difficult, as Marshall and Jet's husband Max are very good friends, both Special Forces Veterans with quite a history. Nonetheless, Marshall is determined to find out who killed his friend Buck. There is something big that hinders things.This is a powerful group called the Poker Club who reigns over Bienville. Marshall just might lose everything when it comes to working things out.

This was an impressive book! The story was long, but definitely well worth it as it is fast-paced throughout. Cemetery Road tells of a good story of investigative journalism with a very sharp edge. There is murder, corruption, threats, mystery, history, passion and drama. I love how the story was told. Greg Iles is an excellent writer and he has done a superb job with this book. While this might be the first book I have read by this talented author, it certainly won't be my last.

Many thanks to William Morrow & Company and to Edelweiss for this ARC to review in exchange for my  honest opinion. 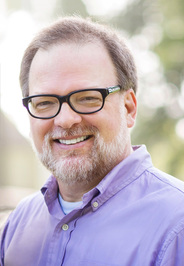 Greg Iles was born in Germany in 1960, where his father ran the US Embassy Medical Clinic during the height of the Cold War.  Iles spent his youth in Natchez, Mississippi, and graduated from the University of Mississippi in 1983.  While attending Ole Miss, Greg lived in the cabin where William Faulkner and his brothers listened to countless stories told by “Mammy Callie,” their beloved nanny, who had been born a slave.

Iles wrote his first novel in 1993, a thriller about Nazi war criminal Rudolf Hess, which became the first of twelve New York Times bestsellers.  His novels have been made into films, translated into more than twenty languages, and published in more than thirty-five countries worldwide.  His new epic trilogy continues the story of Penn Cage, protagonist of The Quiet Game, Turning Angel, and New York Times #1 bestseller The Devil’s Punchbowl.

Iles is a member of the legendary lit-rock group “The Rock Bottom Remainders.”  Like bandmate Stephen King, Greg returned to the musical stage after recovering from his injuries, and joined the band for their final two shows in Los Angeles in 2012.  A nonfiction memoir by the band, titled Hard Listening, was published this past summer.  Hard Listening also contains a short story Greg wrote as an homage to King.

Iles lives in Natchez, Mississippi, with his wife and has three children.