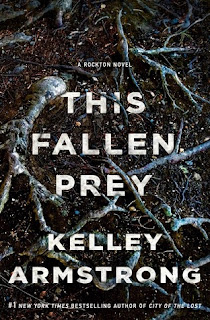 DESCRIPTION:
In This Fallen Prey, the next installment of New York Times bestselling author Kelley Armstrong’s thriller series, Casey Duncan is about to face her toughest job as police detective in Rockton yet.

When Casey first arrived at the off-the-grid town, an isolated community built as a haven for people running from their pasts, she had no idea what to expect, with no cell phones, no internet, no mail, and no way of getting in or out without the town council’s approval. She certainly didn’t expect to be the homicide detective on two separate cases or to begin a romantic relationship with her boss. But the very last thing she expected was for the council to drop a dangerous criminal into their midst without a plan to keep him imprisoned, and to keep others safe.

Of course Oliver Brady claims he's being set up. But the longer Brady stays in town, the more things start to go wrong. When evidence comes to light that someone inside Rockton might be working as his accomplice, helping him to escape, Casey races to figure out who exactly Brady is and what crimes he’s truly responsible for committing.

In the next page-turning entry in Kelley Armstrong’s gripping series, life in Rockton is about to get even more dangerous.

When Casey Duncan fled to the unusual town of Rockton it was for very good reason. Although a homicide detective, when Casey was in college, she killed a man, but was never caught. Rockton is a town where criminals can get a reboot, as it were. For a fee, they can live there for a set time, although they have to give up a lot. Things like the Internet, cell phones, mail and the like are gone. But they are at least hoping for a measure of safety. However, Casey's job has done the town a lot of good as in her short time there as she has managed to catch more than one killer.

Presently, not only is she in a serious romantic relationship with her boss, Sheriff Eric Dalton, but now the tide has really changed. The town's council has permitted a serial killer, who no doubt should be on death row, to sort of hide out in the town. The man, Oliver Brady, claims innocence, but once he is there, what could go wrong, does go wrong.

When he escapes, Casey not only has to determine whether or not in fact he is innocent but who he is and how he actually got there. There is danger, intrigue and most certainly even more nefarious characters to deal with.

Although Casey and Eric are doing well, what is always hinged on uncertainty for Casey is her former best friend Diana, who continues to play a role in these stories. What I have found in these stories is as much as there is always a very serious case for Casey to attack, the relationships formed in the small community play a major role.

Having read all four present books in the Rockton series, I must admit that I am hooked. Each story has a very difficult criminal to apprehend. In this case, a serial killer is just a bit too weird, considering the guy couldn't have gotten in without the approval of the town's council. But, really, there is just so much to love about Casey and Eric that I immediately read the fourth book.

The other books in the series are City of the Lost, A Darkness Absolute and Watcher in the Woods. There is another scheduled book in the series, and I, for one, cannot wait for its release.

Review for City of the Lost,
https://www.robinlovesreading.com/2019/03/review-city-of-lost.html

Review for A Darkness Absolute,
https://www.robinlovesreading.com/2019/03/review-darkness-absolute.html 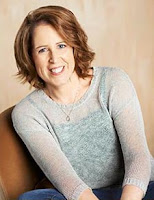