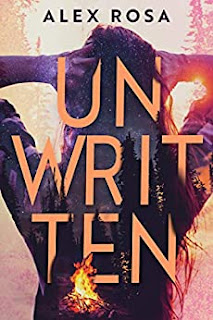 Title:   Unwritten
Author:  Alex Rosa
Genre:   Romance
Format:  Kindle ARC
No. of Pages:   329
Date of Publication:   September 15, 2020
My Rating:    4 Stars
DESCRIPTION:
Hailey Elwood always knew three things: she wanted to be a writer, she didn’t want to run her family diner, and she was madly and unconditionally in love with Caiden Anderson.

When Hailey came to the conclusion that her family would never understand her dream to write, she decided to take her future into her own hands, but what she didn’t expect was Caiden’s ultimatum.

Falling in love with Caiden was easy. Saying goodbye to him was not.

Five years later, Hailey’s debut novel becomes an international bestseller, skyrocketing her to fame, but when her mother passes away, she’s forced to return to her hometown to confront the memories and the man that shaped her first book. She’ll argue it’s fiction, but Caiden knows better.

Hailey wasn’t the only one who was left battered and bruised, and Caiden makes it a point to make her accountable chapter by chapter.

Now with her publisher suddenly pushing her for a sequel, she isn’t sure how to write it when her future is still unwritten. 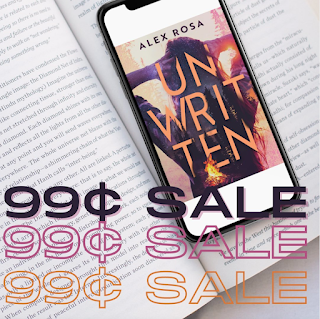 MY THOUGHTS:
Hailey Elwood walked away from everything she knew, including the man that she loved, to pursue her writing career. It has been five years but she is home again. It may only be for a while because she has yet more opportunities ahead of her, but while she is home, one man that she does not want to see is the man that still claims her heart, Caiden Anderson. Apparently it is not up to her, because their friends have other ideas. She does see him again and the question is, how long can she resist him?
Why did Hailey write the book in the first place and what impact did Caiden have on that book and on any future books that she may yet write? While she is contemplating what to do about her feelings, she must contend with the fact that Caiden is in a relationship which seems to be going strong. Further proof that she needs to avoid him.
But, this is a second chance romance. What is more is it becomes a matter of choosing the heart over one’s career even if it means taking a chance. If the couple was once in love can love regenerate to the point of bringing happiness once and for all? Caiden does want answers and Hailey might be at a place to provide them.
Unwritten can be a tough read at times because I often felt like I was one of their friends who were rooting for them, but then turning away when they seemed to be making bad decisions. But then at the same time, I kept rooting for them anyway. I can’t say I was disappointed as this delightful story about friendship and love ended up on a very good note.
Many thanks to Alex Rosa and InkSlinger PR for this ARC for review. This is my honest opinion.
ABOUT THE AUTHOR: 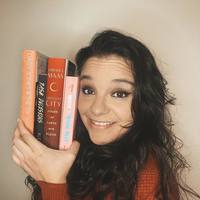 Alex Rosa lives in San Diego, California. When she isn’t scouring city parks or cafes to write she is more than likely trying to convince her friends to join her on her next adventure. A sufferer of wanderlust, she is always looking for a mountain to climb, a canyon to hike, or a plane to board. Her résumé consists of coroner, to working at a zoo, and most recently as an executive assistant, but finds her home amongst words, whether it be in books, or in film. Her obsessions are on the brink of bizarre, but that’s just the way she likes it.
Web / Twitter