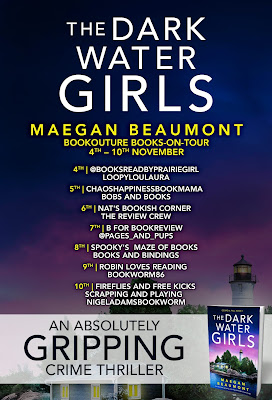 DESCRIPTION:
Recognition hits me as I look at the woman lying in the long grass. It’s my sister. Her hot-pink nails are chipped and caked with dirt, her blue eyes are cold and vacant. I desperately shake her, even though I know. She’s gone.

Fresh out of the Military Police, Georgia Fell has returned to her Michigan island hometown a decade after she ran away. Late to meet her younger sister at a bar on the isolated tip of the isle, she arrives to her worst nightmare: Rachel dead, purple bruises around her slim, beautiful neck.

When the police rule out murder, Georgia knows it can’t be true. Reluctantly, she must turn to the person she’s been avoiding since she came home. Georgia can’t forgive single dad Lincoln McNamara for his betrayal the night she left, but he has an in with the dangerous crew operating out of the roadhouse where Rachel was killed. The question is, can she trust him?

But before she can convince Lincoln to help her, another local girl goes missing. How deep into the darkness of island life must Georgia go to find out the truth? And with an innocent girl’s life on the line, does she even have a choice? 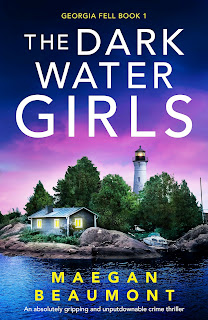 Title:   The Darkwater Girls
Author:  Meagan Beaumont
Series:  Georgial Fell Book #1
Publisher:  Bookouture
Genre:   Mystery/Thrillers
Format:  Kindle ARC
No. of Pages:   402
Date of Publication:   November 4, 2021
My Rating:  5 Stars
Georgia Fell had been in the foster care system for years. Seventeen placements, in fact. One thing she always did before her next placement was to give the same SOS message to her many foster siblings. If they were in any kind of trouble, she would be there to help. It is ten years later and Georgia finds herself back where she thought she'd never go again. There are events of the past that she must uncover in order to find justice for her sister Rachel, who she found dead.
Georgia is forced to deal with her feelings as the man she once was in love with was the very man who raped Jenna, one of her foster sisters. She never planned on setting foot on the island again, but she received an inheritance. Meanwhile, Georgia finds herself at the Devil's Den in order to rescue Jenna. Things definitely were not as she expected, because that is exactly how and where she found Rachel.
Georgia's boyfriend Alex is the village sheriff and he rules the cause of death something other than Georgia thinks it is. This creates a conflict between them, so Georgia looks for answers on her own. When Jenna was assaulted those years ago, she had a daugther named Savanna. What was happening to the girls in the group home where Georgia once lived, and what is going on with Jenna and Savanna now?
What a thrilling book that might have started of slow, but then that reminds me of a roller coaster slowly rising to the top. As this book reached a crescendo the intrigue, danger and disturbing truths it grabbed my heart as if the roller coaster made a rapid drop. The conclusion truly floored me. Well done Meagan Beaumont. What a perfect book for a new series.
Many thanks to Bookouture and to NetGalley for this ARC for review. This is my honest opinion. 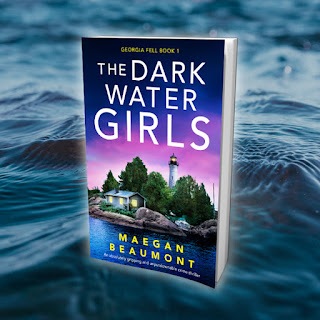 Maegan Beaumont is the award-winning author of the Sabrina Vaughn thriller series. Her debut novel, CARVED IN DARKNESS was awarded the 2014 gold medal from Independent Publishers for outstanding thriller as well as being named a Foreword Book of the Year finalist and Debut Novel of the Year by Suspense Magazine. When she isn’t locked in her office, torturing her protagonists, she’s busy chasing chickens (and kids), hanging laundry and burning dinner. Either way, she is almost always in the company of her seven and a half dogs—her truest and most faithful companions—and her almost as faithful husband, Joe. She also writes hot contemporary romance as USA TODAY best-selling author, Megyn Ward.