BLOG TOUR - Murder on the Pier

In today’s blog post my review is for Murder on the Pier. However, as it is the second book in the Flora Steele Mystery series, I decided to read the first book, The Bookshop Murder. 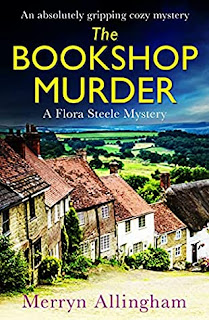 Title:   The Bookshop Murder
Author:  Merryn Allingham
Series:  Flora Steele Mystery #1
Publisher:  Bookouture
Genre:  Cozy Mystery
Format:  Kindle
No. of Pages:   256
Date of Publication:   July 26, 2021
My Rating:   4 Stars
DESCRIPTION:
Bookshop owner Flora Steele escapes the sleepy English village of Abbeymead through the adventures in the stories she sells. Until one morning, everything changes when she discovers a body amongst her own bookshelves…

The young man with the shock of white-blond hair lay spread-eagled on the floor, surrounded by fallen books. His hand reached out to the scattered pages, as though he was trying to tell her something.

But who is he? How did he come to be killed in Flora’s ordinary little bookshop? Flora finds out he was staying at the Priory Hotel, and when the gardener suddenly dies in its beautiful grounds only a few days later, she is certain that something untoward is happening in her quiet village by the sea.

But are the two deaths connected? And is someone at the hotel responsible – the nervous cook, the money-obsessed receptionist, or the formidable manageress?

Determined to save her beloved bookshop’s reputation and solve the murder mystery, Flora enlists the help of handsome and brooding Jack Carrington: crime writer, recluse and her most reliable customer.

As the unlikely duo set about investigating the baffling case, guilty faces greet them at every door. And they soon realise there’s more than one person hiding secrets in Abbeymead…

The start of a brand-new murder mystery series featuring bookshop owner Flora Steele and crime writer Jack Carrington. Fans of Agatha Christie, Faith Martin and Joy Ellis will love this perfect cozy murder mystery novel. An utterly addictive story that will have you guessing until the very end.
Link to purchase the book
MY THOUGHTS:
Flora Steele sells stories. Jack Carrington writes them. The pair meet and soon become partners of a sort when a man ends up dead in her bookshop. The man was actually murdered. More than that, the gardener at the hotel near the bookshop was also killed a few days later. Flora not only wants to know why both men were killed, she intends on finding out herself. Furthermore, she pulls Jack out of his quiet and solitary life to assist in her investigation.
Jack may indeed be a recluse, but Flora intends on using Jack’s expertise as a crime writer to get to the bottom of the two murders. Of course, it doesn’t hurt that Jack is handsome and unattached. The two work together well by talking to everyone they can. Things aren’t going well, because before they know it, they have a bevy of suspects. Why is it that secrets and lies meet them, time and again? Couple that with danger and before long time might be running out for Flora.
What a delightful first book in the Flora Steele Mystery series. This was well-written story that did a fine job of introducing both Flora and Jack. I love the background stories about each of them, thus showing how their relationship started and will continue to develop at a slow pace. This provides a fine foundation for future books in what is sure to be a promising series. 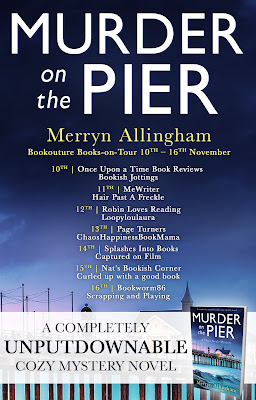 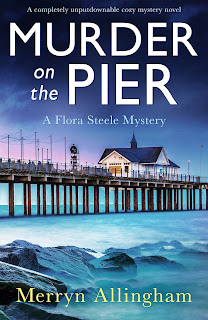 Sussex, 1955: When bookshop owner Flora Steele goes for a walk along the pier she isn’t expecting to spot a young woman’s body in the stormy waters below. And she’s shocked to discover the victim is someone she knows…

Convinced the death was not an accident, Flora persuades attractive local crime writer Jack Carrington to help her find out what really happened to poor Polly Dakers, a popular young woman with a complicated love life, who’d been at the heart of village life in Abbeymead.

Jack is reluctant to get involved in another murder case at first but even he can’t deny that Polly’s fall seems fishy. An argument at a party, a missed hairdresser’s appointment and a red woollen bobble found on the wooden boards where Polly last stood provide a trail of clues…

As they grow closer to solving the puzzling mystery, the unlikely pair stumble upon several surprising secrets about those closest to Polly. A number of potential suspects begin to emerge. But who really disliked Polly enough to kill her? Was it Raymond, her jilted first love? Harry, her latest beau? Or Evelyn, Harry’s jealous estranged wife?

As the investigation brings them closer to the truth, Flora is intent on unmasking the killer – but will her stealthy sleuthing lead her down a dangerous path?

Listen to a sampe here:
https://soundcloud.com/bookouture/murder-on-the-pier-by-merryn-allingham-narrated-by-charlie-norfolk

MY THOUGHTS:
Flora Steele and Jack Carrington make a fine pair when it comes to solving murders. In fact, they proved quite successful once before. Jack is a crime writer with the intent of getting back to his next novel. Flora has a bookshop to run. However, not only has another murder occurred, Flora knew the victim. She just has to get involved. Quite naturally, Flora has every intention of getting Jack’s help once again.
As before, there is no shortage of suspects. Meanwhile, just as it seems that Flora and Jack are actually drawing closer together, someone from Jack’s past comes into the picture and upsets the fine balance he and Flora have found. Will they be able to push past hurt feelings and focus on the murder at hand?
If Flora had already experienced danger once before, the stakes are even higher this time. Flora will leave no stone unturned even if it means upsetting more than a few people as she doggedly pursues the truth.
Murder on the Pier is the perfect sophomore book in this terrific cozy mystery series. I love Flora and Jack together as they make a fine pair of sleuths. I look forward to see their romance blooming. This book could do well as a standalone but if you are like me and like backstories then you might enjoy the first book in this series, The Bookshop Murder, as I did. I am eager for the next book in the series.
Many thanks to Bookouture and to NetGalley for this ARC for review. This is my honest opinion.
ABOUT THE AUTHOR: 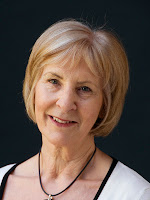 Merryn taught university literature for many years, and it took a while to pluck up the courage to begin writing herself. Bringing the past to life is a passion and her historical fiction includes Regency romances, wartime sagas and timeslip novels, all of which have a mystery at their heart. As the books have grown darker, it was only a matter of time before she plunged into crime with a cosy crime series set in rural Sussex against the fascinating backdrop of the 1950s.

Merryn lives in a beautiful old town in Sussex with her husband and one last cat, Bluebell. When she’s not writing, she tries to keep fit with adult ballet classes and plenty of walking.