BLOG TOUR - The Girl Across the Sea 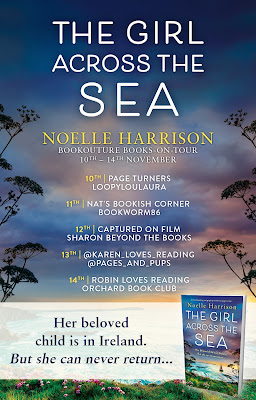 New York, 1933. Ellen looks at her sleeping husband and precious daughter for the last time. They have longed to return home to Ireland for many years, but now the time has come, and the boat is ready to leave. But Ellen knows the dark secret she hides means she can never go back. Heart breaking into a million little pieces, she kisses her little girl goodbye and lays a precious turquoise necklace down beside her head, before fleeing into the night.

Ireland, years later. Mairead’s world is falling apart. Recently separated, she has returned home to nurse her dying mother, Brigid. As Brigid passes, she calls out for her mother, Ellen, a woman Mairead knows nothing about.

All alone in the world, Mairead is stricken with guilt that she couldn’t honour her mother’s last wish. She travels to New York, the last place her grandmother was seen, clutching all that she has of her – a stunning turquoise necklace and a small black-and-white photograph. Mairead’s search leads her across America to Arizona where she discovers that Ellen was on the run, a wanted woman, accused of a terrible crime.

Mairead can’t believe that the young woman with laughing eyes and an innocent smile could have such a dark past. But as she uncovers the secrets and lies that forced her grandmother to abandon her only daughter, will Mairead’s own future be ruined by the shadows of her family’s secrets?

Be transported to the wild west coast of Ireland by this beautiful read about the sacrifices a mother will make to protect her child. Fans of The Light Between Oceans and Lisa Wingate will adore this heart-breaking book.
BUY LINKS:
Amazon: https://geni.us/B09C2JJXK8social
Apple: http://ow.ly/MTpI50FRxpw
Kobo: http://ow.ly/ejeq50FRxoc
Google: http://ow.ly/IRxj50FRxqo
MY THOUGHTS: 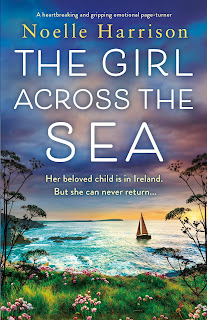 Title:   The Girl Across the Sea
Author:  Noelle Harrison
Publisher:  Bookouture
Genre:  Historical Fiction
Format:  Kindle ARC
No. of Pages:   278
Date of Publication:   November 10, 2021
My Rating:   5 Stars
Two time frames. Two different women. 1933 and present-day. Ellen and Mairead. What connects the women and how does this sensitive story connect events of the past with more modern times. Without a doubt Ellen and Mairead are connected. But how?
Back in 1933 things had been going well for Ellen and her husband Giles. They also had a young daughter named Brigid. However, despite the fact that Ellen's husband was a successful architect, times became rather difficult and the couple decided to follow through on their long-awaited desire to return to Ireland. However, Ellen had a past that was held secret for years and if she were to return home that secret would be exposed. She makes the impossible decision to leave Giles and their daughter on the ship before it sets sail for Ireland.
Fast forward to 1984. Mairead is devastated that her husband has left her. Seemingly the last to know, she has discovered that he was gay. This knowledge has already disturbed the difficult relationship that Mairead had with her mother Brigid, who is currently on her deathbed. When Brigid calls out for her mother Ellen, this rather shocks Mairead because she never knew her grandmother.
Armed only with an old photo and a turquoise necklace, Mairead makes it her singular goal to find out whatever she can about her grandmother. She soon finds that leaving Ireland and heading to New York will be the only way she might even come close to finding out things about the past. These very things that Mairead discovers are quite shocking.
While readers see how Mairead finds her path in life after her failed marriage, she is filled with purpose as she works to solve the mystery about her grandmother. This very mystery slowly unraveled Ellen’s reason for leaving Brigid those many decades before.
This moving story easily connected me to both Ellen and Mairead as the often heartbreaking story of loss transcended to one of love and hope.
Many thanks to Bookouture and to NetGalley  for this ARC for review. This is my honest opinion. 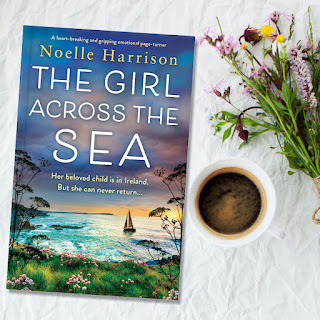 Noelle Harrison is the Irish author of nine novels and five plays and has been translated into over 13 different languages. Her short stories have been published in Lines of Vision, Irish Writing on Irish Art, & Gutter Magazine of New Scottish Writing. In 2016, Noelle co-founded Aurora Writers' Retreats building on 20 years’ experience of teaching creative writing in Ireland, Scotland, Norway and England.