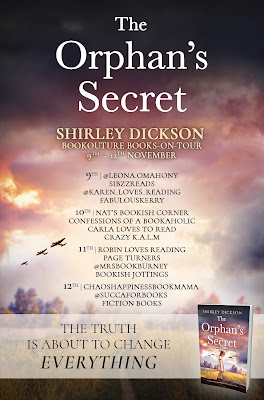 England, 1940: A tear-jerking wartime tale of an orphaned baby who needs a home, and the woman who risks everything to provide it. Fans of Before We Were Yours, Wives of War and Diney Costeloe will be utterly swept away by this heartbreaking – yet beautifully hopeful – World War Two page-turner.

With the war raging, Lily has learned not to take life for granted. In a time of such tragedy, every day is a gift. Her husband is a soldier, fighting to save their country, and she prays that she will survive – to one day welcome him home.

One sweltering July night, bombs rain down. Lily and her dear friend Ethel, who is nine months pregnant, seek refuge in a shelter. Miraculously, a baby girl is born to the sound of ear-splitting shrieks and explosions in the distance. Once the raid quietens, Lily races into the house to find the newborn a blanket. But then the unthinkable happens, planes thundering right over the rooftops…

When Lily rouses, finding herself amongst broken glass and crumbled brick, she is devastated to discover that Ethel has been killed – leaving little Joy behind. With tears rolling down her face, Lily makes a split-second decision. 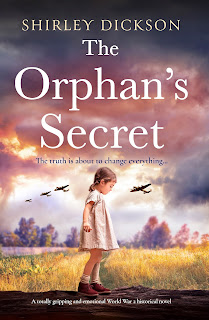 Title:   The Orphan's Secret
Author:  Shirley Dickson
Publisher:  Bookouture
Genre:   Women's Fiction
Format:  Kindle ARC
No. of Pages:   442
Date of Publication:   November 9, 2021
My Rating:   5 Stars
Lily Armstrong had been heartbroken time and again. She did the best she could during a time of war, with her husband John away fighting. After she married she and John wanted to be parents. Lily had the heart of a mother. No doubt she would be an excellent mother. Unfortunately, she had lost more than one baby. Wanting to do more than just wait for John during the war effort, Lily took on a job as a Lumberjill in the forest. It was then that she met Bella and Ethel and they became fast friends, especially Lily and Bella. Ethel was orphaned, alone and pregnant during the war.
With John still away fighting, at some point, Lily took Ethel in and with both of them being pregnant at the same time, Lily begin to have hope that she would have this child. Meanwhile, World War II continued at a fever pace leaving Lily wondering for her own health as well as for John’s safety. Ethel did have her baby, although Lily lost hers. Suddenly, with dangerous bombs dropping, and not being able to find safety in time, Ethel lost her life. Sadly, this left her precious baby Joy without a mother or a father.
The story segues back to 1940 and we meet Lily and John and we see the effects of war and how Joy eventually came into their lives. She knew marrying John would be trialsome as he would soon be called to war. The story was quite tragic and it was clear to see how much love Lily had in her heart and wanted so much to have a child.
As the story develops, it is clear that it is not about Ethel. It is about Lily. From the very beginning, we as a reader begin to understand Lily and the intense pain of loss she experienced time and again. We learned that she is a very strong woman and is most certainly a fighter. This became a story of a woman’s capacity for love despite the most difficult of times and heartbreaking experiences. There is another message in this fabulous story but I will leave it to the reader to see what that message is.
I was pulled into the story from the very beginning and completely gutted as I continued to read on. Although the story dealt with very sensitive topics such as miscarriage and stillbirth, it was still a very good read, especially as we get to the latter part of the book. This is an incredibly wonderful story of hope and love by Shirley Dickson and definitely deserves five stars.
Many thanks to Bookouture and to NetGalley for this ARC for review. This is my honest opinion.
ABOUT THE AUTHOR:

Shirley Dickson was born and grew up in the seaside town of South Shields. She left school at fifteen and can’t remember a time when she didn’t write. She entered her first short story competition in ‘School Friend’ when she was eleven. After Shirley retired from auxiliary nursing, she was able to devote her time to writing.

After living in various locations, she settled under the big skies of Northumberland and has lived with her husband in the same house for over forty years. Shirley has three daughters and four grandchildren and likes nothing better than family gatherings.