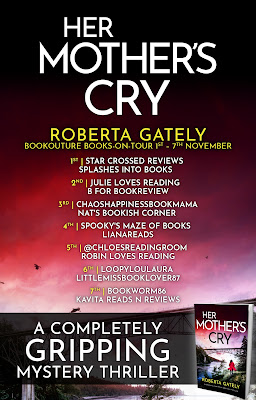 DESCRIPTION:
The girl in the photo was laughing, her head thrown back, her lips painted a bright red. Jessie could feel the simple joy reflected in that moment. And as she looked closer, she saw the same gold cross and chain that had adorned the first victim’s neck.

When a young woman falls to her death from a parking garage, the Boston police department rule it as a suicide. But when Jessie Novak examines the scene, she isn’t so sure… The girl’s delicate hands are bruised and her fingernails torn: evidence of a struggle. Did someone push her from the roof?

Then a second young woman is found dead, this time at the foot of her dorm building, her hands injured in the same way as the first victim’s with a gold cross and chain clutched in her fist. Jessie is convinced there is a connection and that a twisted killer is on the loose.

Just as Jessie thinks she is closing in on the culprit, her worst fears are realized: a third girl is found dead. The gap between murders is closing: the killer is getting more confident. He will never stop until he is caught.

But little does Jessie know that, while she works to pick up the trail of her suspect, he is already on hers. She is the only one who can stop this monster before he kills again—but to save the next innocent life, is she prepared to risk her own?

A thrilling and totally gripping crime thriller that will grab you from the start and not let go until the final, heart-stopping page. Utterly addictive reading for fans of Lisa Regan, Robert Dugoni and Melinda Leigh. 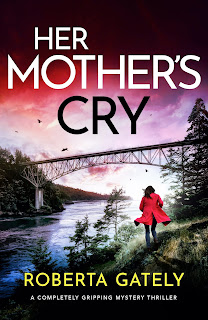 Title:   Her Mother's Cry
Author:  Roberta Gately
Series:  Jessie Novak #3
Publisher:  Bookouture
Genre:   Mystery & Thrillers
Format:  Kindle ARC
No. of Pages:   333
Date of Publication:   November 1, 2021
My Rating:   4 Stars
Forensic nurse Jessie Novak is examining the latest body that came into the ER. The first thing that concerns her is that although the victim was claimed to have jumped to her death, there is definitely some foul play. She is fairly certain that the victim was dead before the supposed jump but she hast to let the medical examiner give the official answer. Forensics might start to answer questions about this death and possibly two others.
While Jessie looks for answers about the woman, she is distracted by a little boy who ended up in the ER. He was all alone and he snatched her heart. In addition to that, Jessie's relationship with Sam is moving forward.
All while Jessie and and her team, as well as Sam, an attorney and the man that just might be her future, look for answers, the story has an unnamed narrator with his nefarious activities towards his victims. He has nothing but negative things towards those to whom wants to harm. Will Jessie end up in the killer's crosshairs?
What a thrilling story and a perfect addition to an already exciting series. I cannot wait for book four to see what Jessie has in store, and this includes her relationship with Sam.
Many thanks to Bookouture and to NetGalley for this ARC for review. This is my honest opinion. 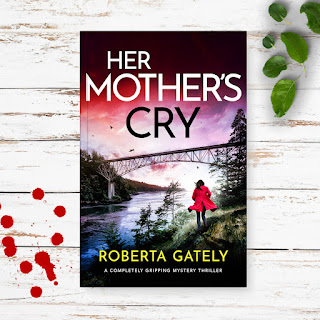 Roberta Gately, lives in Boston where she works as a nurse at the Boston Medical Center. It was in the ER where she developed an interest in the investigations behind the crimes and the victims she encountered. Working in a busy ER is much like being a detective—the search for answers is a methodical process, not unlike the work required to solve a murder!
Her crime series with Bookouture stars the brave and brilliant ER nurse Jessie Novak who teams up with her detective friend to solve tricky Boston murder cases. Expect addictive mysteries, breathtaking suspense and a gutsy heroine you’ll never forget. When she’s not writing or working at the hospital, Roberta enjoys reading, working out and spending time with friends and family.
She has also worked in humanitarian aid, providing medical care in some of the world’s bleakest spots ranging from Africa to Afghanistan. Her two previous novels, Lipstick in Afghanistan and The Bracelet were based upon her experiences of nursing abroad. Her memoir—Footprints in the Dust tells the true stories of some of the extraordinary people she met.
Roberta loves hearing from readers and you can get in touch with her using the links below.
Author website: robertagately.com
Twitter: twitter.com/RobertaGately
Facebook page: facebook.com/RobertaGatelyAuthor
Instagram instagram.com/roberta_gately