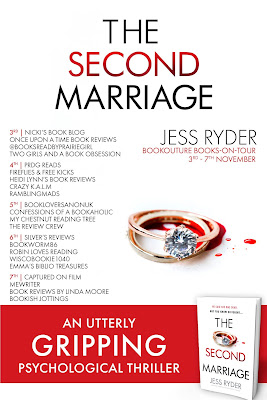 ‘They’re lying,’ my little stepson whispers, his blue eyes shining with tears as I tuck him into bed for the first time. ‘They think I’ve forgotten, but I remember everything. I know my mummy is still alive.’

My best friend warned me that it was too soon to marry Edward, a widower with an adorable but troubled little boy. She said we were moving too fast. But all I could see was a kind, loving man, struggling with grief, who needed my help.

Yet as storm clouds gather above our small wedding ceremony, my hopes and dreams fall apart. None of my husband’s family turn up to support us. Instead of a honeymoon, we have a quiet night in. My wedding bouquet is placed on his first wife’s grave. And then my new stepson tells me he’s sure his mother is still alive.

What does Noah remember and why is his father trying to make him forget? Have I been completely wrong about my husband? What happened to the woman who came before me, and how far will he go to stop me finding out the truth?

An utterly unputdownable, gripping, twisty psychological thriller, perfect for fans of Before I Go To Sleep, The Girl on the Train and Gone Girl. 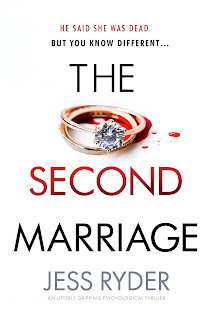 Title:   The Second Marriage
Author:  Jess Ryder
Publisher:  Bookouture
Genre:   Psychological Thriller
Format:  Kindle and Audio ARC
Narrator:  Rosamund Hines
No. of Pages:   274
Date of Publication:   November 3, 2021
My Rating:   4 Stars
Lily Baxendale had a choice to listen to two people with regard to her new marriage to rich widower Edward Morgan - her best friend Marsha and one unlikely source, her new stepson Noah. Noah might only be eight-years-old, but there is something about him that gives Lily pause. She is in love with Edward, of that there is no doubt. He is older than her by 15 years, but that means nothing to her. Even though she is the second wife (Edward also has two daughters), she has no doubt that Edward loves her.
Well, that is how it started anyway. She began as Noah's tutor and fell in love with Edward. While tutoring Noah things went well between the two of them, but after her marriage to his father their relationship began to change. For one thing, Noah is experiencing different feelings about the loss of his mother, so much so that he is traumatized. He lost his mother when he was three years of age. He is home taught, isolated, alone and unhappy.
Lily does love Edward, but she continues to confide in Marsha, and Marsha does not hold back with her feelings about their relationship, which happened rather quickly. Meanwhile, things begin to occur regarding Noah, and soon Lily begins to doubt the state of her marriage.
What happened to Edward's first wife and what impact could that possibly have on her marriage? Why is Noah so distant and seemingly disturbed? What about the odd behavior Lily notices in Edward's daughter? In this thrilling story, these questions and more are answered. I liked Lily and Noah and how things developed. This story was filled with tension and ended with a pulse-pounding conclusion.
Many thanks to Bookouture and to NetGalley for this ARC for review. This is my honest opinion.
ABOUT THE AUTHOR: 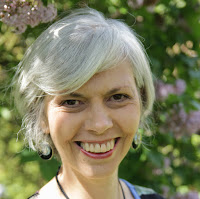 Jess Ryder is the pseudonym of Jan Page, author, screenwriter, playwright and award-winning television producer. After many years working in children’s media, she has recently embarked on a life of crime. Writing, that is. So she’s very excited about the publication of her debut thriller Lie to Me. Her other big love is making pots.