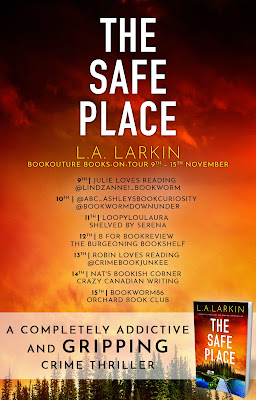 DESCRIPTION:
Her heart pounds at the sound of footsteps outside her cabin in the woods. The snap of a twig tells her someone is close by. As she treads lightly towards the back door, she says a silent prayer—don’t let him find me…

Ever since Jessie Lewis reported her boyfriend, fire chief and local hero, for beating her, she’s been an outcast from the small town of Eagle Falls. And when someone sets fire to a house in the woods, killing the entire Troyer family, the locals turn on her again, taking her very public argument with Paul Troyer as proof that she lit the match.

Devastated that anyone could think her capable of murder, Jessie turns to Ruth. New in town, and an ex-FBI agent, Ruth could be the exact person Jessie needs to smoke out the murderer. But can she trust her with her life?

Days later, another house linked to Jessie is set ablaze. Combing the ashes for answers, she catches sight of an inscription she hasn’t seen since her childhood—since she lost someone very close to her. Is the killer is coming for her next?

As local wildfires take hold of the town and everyone is evacuated, Jessie knows she must put herself in unthinkable danger to catch the killer. And when she does, will she have the strength to take them down first?

From USA Today bestselling crime author L.A. Larkin, The Safe Place is a thrilling rollercoaster ride for fans of Rachel Caine, Lisa Regan and Kendra Elliot. You will not be able to put this down!
BUY LINKS:
Amazon: https://geni.us/B09GFZV17Psocial
Apple: http://ow.ly/ZFCk50GbdRk
Kobo: http://ow.ly/AaRf50GbdOx
Google: http://ow.ly/izd050GbCj8
MY THOUGHTS: 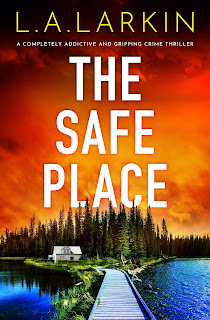 Title:   The Safe Place
Author:  L. A. Larkin
Publisher:  Bookouture
Genre:   Psychological Thriller
Format:  Kindle ARC
No. of Pages:   416
Date of Publication:   November 9, 2021
My Rating:  4 Stars
Jessie Lewis lives in fear. Formerly a victim of domestic violence, she is also fairly well the town outcast. Jessie does not know who to trust. In fact, once she hears of a recent fire that took the lives of an entire family, she worries for the safety of others in her town. Jesse has very good reason for fear. In fact, painted a liar and as she is often gaslighted, she knows that the town does not have her back.
With wildfires approaching at a rapid rate, the town evacuates while Jessie drives closer to the source. She realizes that despite the danger, she must stop the arsonist. Meanwhile, Ruth, a former FBI agent traumatized by a previous bomb attack, might be Jessie’s only chance at finding answers. However, Ruth’s traumatic memories just might get in the way of helping Jessie.
It becomes quite clear that someone is setting Jessie up, and the worse things get regarding the fires, the more danger she faces. This thrilling read will no doubt take you on a wild ride. In fact, some of the scenes about the fires were filled with such intensity that I felt like I could feel the heat. Secrets and lies were coupled with suspense and danger. Then when you factor in characters who only meant harm, then you have a well-rounded, well-written book that I literally could not put down, no matter how hot it got. Pun intended.
Many thanks to Bookouture and to NetGalley for this ARC for review. This is my honest opinion. 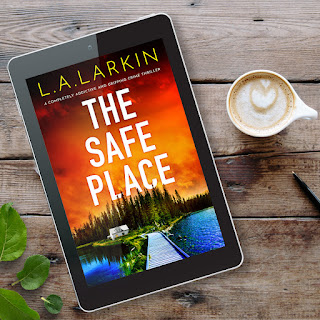 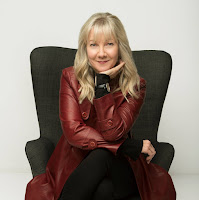 L.A. Larkin’s crime-thrillers have won her fans all over the world. Described as a superb ‘chiller thriller’ writer by Marie Claire magazine and praised by Lee Child, Louisa likes to write stories with lots of plot twists and characters that surprise. She feels very privileged to be able to brainstorm her story ideas with friends in the police and the FBI.Website: https://lalarkin.com/Facebook: https://www.facebook.com/LALarkinAuthorTwitter: https://twitter.com/lalarkinauthor Instagram: https://www.instagram.com/la_larkin_author/