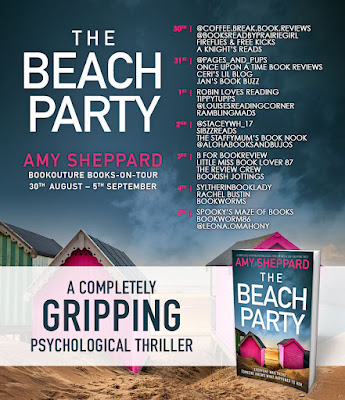 DESCRIPTION:
We were all at the party. Which of us wanted her dead?As the smoke from the bonfire spirals into the night sky and the cool drinks slip down our throats, none of us can take our eyes off Lacey. She dances in the dunes, her long golden hair damp from her late-night swim, her smile dazzling, her blue eyes closed.Everyone who is close to Lacey sits by the smoky fire. Her adoring boyfriend, who holds onto her, perhaps a little too tightly. Her little sister, always in Lacey’s shadow, sifting fine soft sand through her fingers, never taking her eyes off Lacey. And me. Sad and full of rage, after an argument forced the man I love to leave the party early.When the fire burns out, we stumble away from the beach, along the cliff path – faces burned by the wind, hearts full of secrets. But Lacey never makes it home. The next morning, her body is found in the sand dunes, a heart-shaped locket missing from around her neck.Who would have thought our beach party could end the way it did? Close friends gathered on the last night of a long hot summer – which one of us could have killed the girl everybody loved?An absolutely gripping psychological thriller with an ending you will NEVER see coming! Strap in for a twisty rollercoaster ride that will keep you turning pages all night long. Perfect for anyone who adored The Holiday, The Guest List or Gone Girl.
BUY LINKS:
Amazon: https://geni.us/B0B3XQYKCDsocial

Listen to a sample here:
https://soundcloud.com/bookouture/the-beach-party-by-amy-sheppard-narrated-by-amalia-vitale 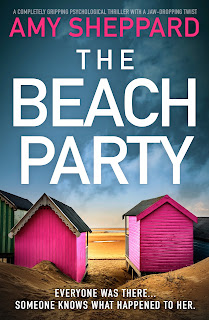 Title:   The Beach Paety
Author:   Amy Sheppard
Publisher:  Bookouture
Genre:   Psychological Thriller
Format:  Kindle ARC
No. of Pages:   299
Date of Publication:   August 30, 2022
My Rating:   4 Stars
Katie and best friend Sophie are successful podcasters.  As they both met in school at school while studying journalism, and they came to be very good business partners, each having their own strengths. They focus on true crime, particularly cold cases. The most recent podcast involves a murder from five years previously. Back home in Katie’s hometown of Pengully is where the murder took place. In fact, the murder happened at a beach party where Katie actually was present. More than that, Sophie‘s boyfriend Tom, their producer for some of their more recent podcasts, was also present at that murder. To say that this newest podcast hits close to home is an understatement.
Sadly, the victim of that murder, Lacey, was at that party that was attended by several teens who were soon to go off to college. Most of them were friends since childhood, yet one of them was very likely was responsible for Lacey’s murder. This is especially the case because not all of this group of young people were friends.
Despite how many teens were at the party, apparently no one saw the murder take place. It did not take long before the police put the investigation to rest and it became an unsolved crime. Not everybody is happy with the podcast, especially now that the police are being called to task for the crime remaining unsolved. The podcast is no doubt going to open a can of worms regarding the investigation at the time and other related matters that might manage to solve this terrible crime.
I love the concept of this book where the podcast was a cold case where two of the people on the podcast team knew the victim and were present at the time of her murder. As someone who has never actually listened to a podcast, it was interesting to see some of the process involved. I also liked the extenuating circumstances that made it very difficult to figure out who the killer was. More than that, the twists closer to the end of the book really caught me off guard, thus making this debut novel a truly riveting read.
Many thanks to Bookouture and to NetGalley for this ARC for review. This is my honest opinion.
Please enjoy my YouTube video review - 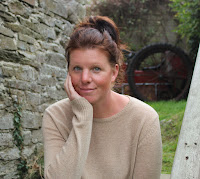 Amy Sheppard is a busy mum of two boys, living in Cornwall. Her obsession with making budget friendly family dinners, led her to writing two cookbooks. Amy creates recipes for her followers and for brands @amysheppardfood

Her debut novel is out in August 2022. A psychological thriller set in Cornwall called 'The Beach Party'