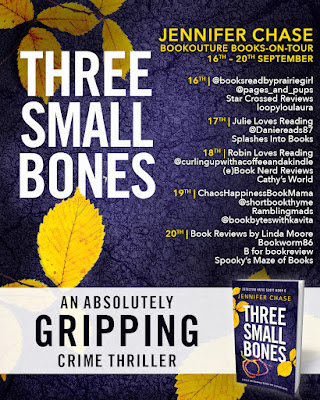 DESCRIPTION:
Smoke curls from what’s left of the beautiful family home on the edge of the woods. The heat is unbearable as she descends the stairs to the basement, past a set of bicycles––two big, one small. That’s when she sees three little white bones in the cracked earth at her feet, turning her blood to ice…When firefighters tackling a blazing house in a quiet suburb of Pine Valley, California discover human remains, Detective Katie Scott races to 717 Maple Street. She calls a halt to the excavations the moment she sees the full number and size of the bones; someone has buried a whole family down here.Working night and day, it’s up to Katie to prove her theory that the fire was no accident, that someone wanted to expose the secret in the basement. Tiny traces of explosives residue found at the scene is all the proof she needs. But the Cross family have been missing for months––leaving friends and loved ones in agonizing pain––what twisted soul would do this now? And why?The case takes another heart-shattering turn when Katie’s suspicions over recent renovation work on the house leads to the discovery of more bodies in the back yard: two little girls, buried years apart. What other devastating secrets are hidden in this perfect family home? It’s a dead end at every turn as Katie tracks down anyone who knew the family. Just when it looks like all hope is lost, reports of the Cross’s landlord harassing the family before they went missing gives Katie a crucial lead. With a menacing grey sedan following her every move, how many more innocent lives will be lost before Katie can dig up the truth?An absolutely gripping and totally addictive thriller from a USA Today and Amazon bestselling author. It will keep you racing through the pages all night long––fans of Lisa Regan, Rachel Caine and Melinda Leigh will devour in one sitting!
BUY LINK:
Amazon: https://geni.us/B0B69ZKF88social
You can sign up for all the best Bookouture deals you'll love at: http://ow.ly/Fkiz30lnzdo
MY THOUGHTS: 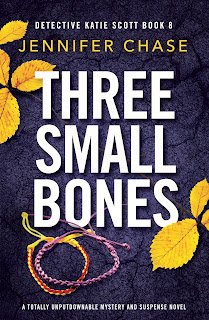 Title:   Three Small Bones
Author:  Jennifer Chase
Series:  Detective Katie Scott #8
Publisher:  Bookouture
Genre:   Mystery & Thrillers
Format:  Kindle ARC
No. of Pages:   343
Date of Publication:   September 16, 2022
My Rating:   4 Stars
Detective Katie Scott is in the midst of painting her house when she is called to what ends up being a gruesome crime scene. Despite the fact that she and fiancé Chad are planning to buy a house together, she feels impelled to fix up the house she is in now, rather reluctant give it up.
Before Katie can finish her paint job, she is called to the scene of a fire. While Chad is there in his capacity of fighting fires, Katie is there for an entirely different reason. At the scene of the devastating fire, human remains were found. As Katie starts to uncover the scene, she discovers that the bones were the remains of more than one person, several in fact.
Katie struggles to determine the order of events. Were the people killed and the fire set in order for the bodies to be unearthed? Or were there two separate crimes there? Katie works nonstop to find the answers she needs, and this starts with identifying the bodies. As her investigation continues, she learns that the last residents of the home were the Cross family. Katie is hoping to find there whereabouts now and truly hopes they were not the bodies found.
Sadly, these are not the only bones that were discovered. Soon, the bodies of two small girls were found, but the examination later proved that these bodies were not buried at the same time. Katie definitely has a quandary on her hands. Unfortunately, her leads keep coming up empty, but Katie never lets up. Interviewing anyone connected to the home and to the Cross family, Katie slowly begins to put the clues together that will solve this cases that are apparently connected.
What a thrilling addition to the exciting Detective Katie Scott series. I have read and loved every previous title in this series and found this latest installment to be just as engaging. Just as chilling. Just as impossible to put down. Katie has proved to be a compelling protagonist, and often has bouts with PTSD from her time in the armed forces. Thankfully, she has her K9 partner Cisco as an amazing support dog who also proves useful during the course of this investigation. Along with Cisco being at Katie's side, she also has her reliable partner McGaven with her every step of the way.
Many thanks Bookouture and to NetGalley for this ARC for review. This is my honest opinion.
Please enjoy my YouTube video review as well - 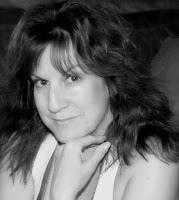 Jennifer Chase is a multi award-winning and best-selling crime fiction author, as well as a consulting criminologist. Jennifer holds a bachelor degree in police forensics and a master’s degree in criminology & criminal justice. These academic pursuits developed out of her curiosity about the criminal mind as well as from her own experience with a violent psychopath, providing Jennifer with deep personal investment in every story she tells.
In addition, she holds certifications in serial crime and criminal profiling. She is an affiliate member of the International Association of Forensic Criminologists, and member of the International Thriller Writers.
https://www.instagram.com/jenchaseauthor/
https://twitter.com/JChaseNovelist
Sign up to be the first to hear about new releases from Jennifer Chase here: https://geni.us/B097H5XLDVsocial