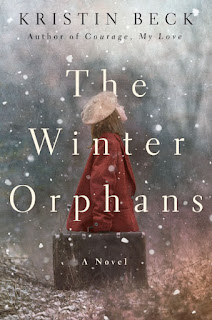 Title:   The Winter Orphans
Author:  Kristin Beck
Publisher:  Berkley
Genre:   Historical Fiction
Format:  Kindle ARC
No. of Pages:   416
Date of Publication:   September 13, 2022
My Rating:   5 Stars
DESCRIPTION:
The story: In a remote corner of France, Jewish refugee Ella Rosenthal has finally found a safe haven. It has been three years since she and her little sister, Hanni, left their parents to flee Nazi Germany, and they have been pursued and adrift in the chaos of war ever since. Now, they shelter among one hundred other young refugees in a derelict castle overseen by the Swiss Red Cross.
Swiss volunteers Rösli Näf and Anne-Marie Piguet uphold a common mission: to protect children in peril. Rösli, a stubborn and resourceful nurse, directs the colony of Château de la Hille and has created a thriving community against all odds. Anne-Marie, raised by Swiss foresters, becomes both caretaker and friend to the children, and she vows to do whatever is necessary to keep them safe.
However, when Germany invades southern France, safeguarding Jewish refugees becomes impossible. Château de la Hille faces unrelenting danger, and Rösli and Anne-Marie realize that the only way to protect the eldest of their charges is to smuggle them out of France. Relying on Rösli's fierce will and Anne-Marie's knowledge of secret mountain paths, they plot escape routes through vast Nazi-occupied territory to the distant border. Amid staggering risk, Ella and Hanni embark on a journey that, if successful, could change the course of their lives and grant them a future.
Link to purchase the book
MY THOUGHTS:
Ella Rosenthal and her little sister Hanni are among a group of orphans currently being protected by the Swiss Red Cross. Two of the workers, Rösli Näf and Anne-Marie Piguet, go to any extreme possible to help the children, even trying to get some of them across the Swiss border safely. While knowing as an older teen that might have a chance to escape, Ella is reluctant to except this extra help because she refuses to leave Hanni.
There is somebody else that Ella does not want to be separated from and that is from Isaac. To become very close over time, and do their best to stay together. One thing these orphans all are very aware of is that home, family, music and laughter are things of the past. As hope is a wary companion to fear in this heartbreaking tale, the ultimate goal is to get as many of these children to safety as possible with hopes that the war will eventually end. For now, faith and good will are what are needed to get these children to safety.
Absolutely moving from beginning to end, Ella and the other orphans never gave up hope. This was despite the devastating tragedies that befell some of them. Also of note were some helpful and brave people met along the way during their treacherous path of escape. With excellent writing and powerful storytelling, Kristin Beck has the amazing ability to capture the reader’s attention, making this incredible book impossible to put down.
Many thanks to Berkley and to NetGalley for this ARC for review. This is my honest opinion.
Please enjoy my YouTube video review - 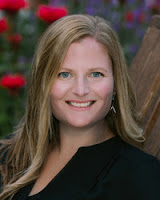 Kristin Beck first learned about World War II from her grandmother, who served as a Canadian army nurse, fell in love with an American soldier in Belgium, and married him shortly after VE Day. Kristin thus grew up hearing stories about the war, and has been captivated by the often unsung roles of women in history ever since. A former teacher, she holds a Bachelor of Arts in English from the University of Washington and a Master’s in Teaching from Western Washington University. Kristin lives in the Pacific Northwest with her husband and children.
twitter