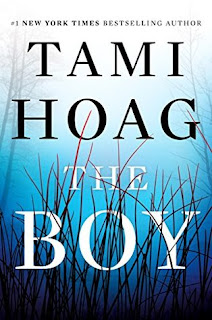 DESCRIPTION:
A panic-stricken woman runs in the dead of night, battered and bloodied, desperate to find help. . . .   When Detective Nick Fourcade enters the home of Genevieve Gauthier outside the sleepy town of Bayou Breaux, Louisiana, the bloody crime scene that awaits him is both the most brutal and the most confusing he's ever seen. Genevieve's seven-year-old son, P.J., has been murdered by an alleged intruder, yet Genevieve is alive and well, a witness inexplicably left behind to tell the tale. There is no evidence of forced entry, not a clue that points to a motive. Meanwhile, Nick's wife, Detective Annie Broussard, sits in the emergency room with the grieving Genevieve. A mother herself, Annie understands the emotional devastation this woman is going through, but as a detective she's troubled by a story that makes little sense. Who would murder a child and leave the only witness behind? When the very next day P.J.'s sometimes babysitter, thirteen-year-old Nora Florette, is reported missing, the town is up in arms, fearing a maniac is preying on their children. With pressure mounting from a tough, no-nonsense new sheriff, the media, and the parents of Bayou Breaux, Nick and Annie dig deep into the dual mysteries. But sifting through Genevieve Gauthier's tangled web of lovers and sorting through a cast of local lowlifes brings more questions than answers. Is someone from Genevieve's past or present responsible for the death of her son? Is the missing teenager, Nora, a victim, or something worse? Then fingerprints at the scene change everything when they come back to a convicted criminal: Genevieve herself. The spotlight falls heavily on the grieving mother who is both victim and accused. Could she have killed her own child to free herself of the burden of motherhood, or is the loss of her beloved boy pushing her to the edge of insanity?  Could she have something to do with the disappearance of Nora Florette, or is the troubled teenager the key to the murder? How far will Nick and Annie have to go to uncover the dark truth of the boy?

Detective Nick Fourcade received a very disturbing phone call. He was called to the scene of the tragic and brutal murder of seven-year-old KJ Gauthier. Although seriously injured and consequently hospitalized, Genevieve survived the horrific attack. Questions arise immediately. There was no sign of a break in, nor was there any apparent motive. Nick is perplexed. Why was Genevieve allowed to survive? Nick's wife, Annie Broussard, is also a detective and is on the case as well.

Then, another disturbing situation occurs. KJ’s twelve-year-old babysitter, Nora Florette, is missing. This case becomes primary to Annie. Both she and Nick are running into brick walls. While it seems beyond a shadow of doubt that Genevieve was a victim along with her son, several questions began to plague Nick’s mind. It did not take Nick long to realize that things were not as they seemed, especially as more and more facts were shockingly revealed. The questions were many and I couldn't help but struggle to strive and answer them along with Nick.

Despite the fact that this book is nearly 500 pages, I was compelled to read it from cover to cover in just about one sitting. My attention was truly riveted. Many times while reading this story I was in a state of surprise. Reading something that involves the death of a child was extremely difficult in and of itself. Also, there were other serious issues in this story - bullying, abuse, control, secrets and bone-deep depression. These things may be triggering for some, but they were handled quite well throughout the pages of what was admittedly a difficult and tragic story.

Meanwhile, Nick and Annie were experiencing serious marital discord, and Annie’s past causes her much angst. The couple have a five-year-old son, so both the past and present are very disturbing. It was just very difficult to try and solve the case of a murdered child, never mind trying to establish the whereabouts of Nora.

KJ and Nora were not the only victims in this story, so my heart broke when reading certain scenes. I haven't read Tami Hoag before, but I certainly will keep her backlist and any future works on my radar. Her style of writing is extremely compelling. I felt drawn to some of the characters in this story. Conversely, there were characters like the Sheriff who was, simply put, abominable. For a story with this and much more, unexpected twists and turns and a bone-chilling conclusion, be sure to pick up The Boy.

Although I had the Kindle ARC of this book, I listened to an audiobook of it. I must say that the narration by Hillary Huber was exceptional, including her grasp of Cajun patois. The Boy is the second story in the Broussard and Fourcade series. The first book, A Thin Dark Line, was released in 1997. This book did perfectly well as a standalone.

Many thanks to Dutton and to NetGalley for this ARC for review. This is my honest opinion. 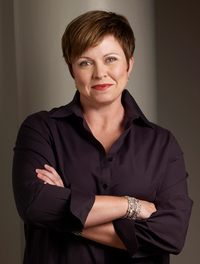 Tami Hoag is the #1 international bestselling author of more than thirty books published in more than thirty languages worldwide, including her latest thrillers—THE BITTER SEASON, COLD COLD HEART, and THE 9TH GIRL. Hoag first hit the New York Times Bestseller List with NIGHT SINS, and each of her books since has been a bestseller.

When she penned her first work of fiction, a third grade project about two children and a pony, she never imagined she would eventually have more than forty-million books in print all over the globe. “It’s an amazing thing to have people tell me they’ve seen my books in India, in China, on remote Greek islands. Writing is such a solitary, all-consuming pursuit. I sit in my office with my dogs for company, having conversations with imaginary people, and touch the hearts and minds of real people on the other side of the world. That’s incredible to me.”

Renown for combining thrilling plots with character-driven suspense, Hoag prides herself on her research-based realism, crackling dialogue, and spot-on police procedure. “My first obligation as a writer is to be as true as possible to the characters I’m writing about, to the jobs they do, and to the world they inhabit.” To that end, Hoag has become a crack shot with both hand guns and long guns, studied forensic psychology with top experts in the field, learned to drive a police car in pursuit of bad guys, and developed knockout power in her right hand while cultivating a taste for mixed martial arts fighting.

Tami Hoag lives in the greater Los Angeles area where she is also known as a top competitive equestrian in the Olympic discipline of dressage.