Review - Highlander Ever After 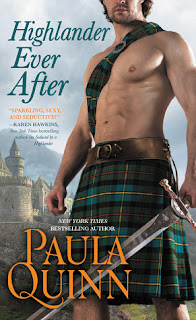 They tried to resist a marriage of convenience...

As the clan chief's son, Adam MacGregor is duty-bound to marry a royal heir. Yet when he meets his bride—a beautiful but haughty young lass who thinks he is nothing more than a common savage—he realizes she's more than he bargained for. But the more Adam gets to know his new wife, the more intent he is on proving her wrong about him.

But can they resist each other?

Sina de Arenberg wants nothing to do with the unsavory MacGregors, especially the fierce Highlander she now calls husband. But the more time she spends with the man she married, the more she sees his honor and courage. Just when she thinks there might be a future for her and Adam, Sina is called back to court. England isn't the place she remembers, though, and soon she'll be forced to choose between the life she once knew, and the Highlander who has captured her heart.

Neither of them wanted what was being thrust upon them. However, in order to save his clan, as the chief's son, Adam MacGregor is forced to marry a royal heir. The woman is none other than Sina de Arenberg, who has but no choice than to follow the queen's order and marry the Highlander. However, she is in love with a man from England named William, and cries her way through the whole ceremony.

Sina has always believed the Highlanders to be savages, and now she is married to one. However, despite keeping Adam at arms' length, she reluctantly begins to see how wonderfully civilized the clan is. A true family. Something she was denied most of her life. Could there possibly be a future between her and her hunky Highlander? What of William? Sina gets the chance to find out when circumstances change and she is called back to England.

There was so much to be enjoyed in this story. How can a woman torn from her home and her love find joy while in an entirely new, and definitely untenable situation? What about Adam? How in the world can a man work both at being future clan chief and a husband who can love a wife who is a total stranger?

I love how this story was developed. It was a pleasure watch these two grow on one another only to be torn apart due to a serious change that ultimately affected Sina. What would they do? Watching their actions were enjoyable. Furthermore, the hounds that accompanied the Highlanders, especially, Adam's, Goliath, found a warm place in my heart as well.

Having gone a long spell without reading historical romances then reading about a dozen in rather quick succession, including these four Paula Quinn novels, tested my merit as a lover of romance. I keep my ear to the ground, so to speak, and know some people see the formulas done in these books as "tropes". The formulas may indeed be repeated, but what brings satisfaction to me as a reader is when the author is exceptional. Paula Quinn is just that. She writes with flair, shifts the plot lines at just the right times, and brings in characters that we cannot help but love and respect.

I am saddened that this is likely the last book in the delightful Highlander Heirs series. However, Adam has a pair of twin brothers, so one can always hope. As a matter of fact, their portion of the included family tree is not filled in. The other books in the Highland Heirs series are A Highlander's Christmas Kiss, The Scot's Bride and Laird of the Black Isle. The previous two series, MacGregegors and MacGregors Highland Heirs, all all connected. 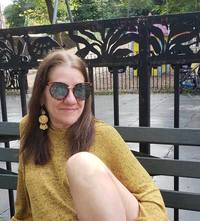 I made it! I'm finally here! My first book, Lord Of Desire, will hit the bookshelves August, 2005.

It's been a long road.

I've always loved stories. I was fortunate to have a mother who not only read to me, but made up tales of her own. My luck continued as I grew up. Fourth grade was one of my favorite years as a student. Some things you just never forget, like Sister Joseph Anne and her original stories about the adventures of Jane and Fifi at Avocado Green. I could have sat at my desk for the next ten years and listened to her.

When I was eleven I had the supreme audacity (and confidence) to submit my own masterpiece, a short story, to a science fiction house. To my disbelief and dismay, my story was rejected. Not one to be disillusioned by a mere, We're sorry, but this is CRAP, I submitted yet another manuscript, this one a full length paranormal. Rejected again. What did they know, anyway?

It didn't stop me from writing. I wrote poems, plays, and short stories. But I never submitted any of them again. They were the children of my loins! (Sure I thrived on the dramatic, but doesn't every pre-teen?) I couldn't bear having someone critique them.

An avid reader, I read The Exorcist and Jaws before the movies came out. After all, what could a producer show me on screen that could compare with my imagination?)

My favorite genre in reading was science fiction, but something was always missing. Enter my other first love. When I was fourteen I met the boy who would become my husband. By then, I was already a hopeless romantic, (I just didn't know it yet) so the poor guy didn't stand a chance. Then one day he kissed me. Aha! That's what had been missing from my library! A knee-melting, heart-accelerating kiss! I bought myself a black and white composition notebook and poured my heart out into sonnets, which I read to my sweetheart while he yawned. But who cares if I brought him close to unconsciousness? I had found my niche! Romance, ah, sweet, scintillating romance! Life made sense. I finally understood why I always had to have a Ken doll to go along with my Barbie.

Then reality came a' knocking. I wrote because I loved writing. The thought of making it my career hadn't crossed my mind. (And those rejection letters tucked deep beneath my stack of journals, calling out, remember me? Remember me? Well, they didn't help either.) I had to get a job. One that paid real money. My life took a different turn, one that I affectionately call, The Joys And Why Can't You Just Put The Toilet Paper On The Roll Thingie Of Motherhood. Yes, I married my knee-melting kisser of a boyfriend and had three beautiful children and a zoo, complete with a Lhasa Apso, a Chihuahua, a brand new beautiful Cockatoo named Marley, and lots of finches, keets, and fish.

I still wrote. I happily clicked away at my keyboard, page after page, content to share my stories with my mom and my best friend before sealing each manuscript in a colorful plastic envelope and retiring it to my file cabinet. Fortunately, I took them out every so often and read them to my husband late at night, after the kids went to sleep. He never yawned, but he did fall asleep on several occasions.

But he was always my champion. (Would a romance writer marry anything less?) And he convinced me to submit my work.