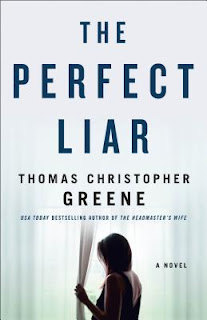 DESCRIPTION:
A seemingly perfect marriage is threatened by the deadly secrets husband and wife keep from each other, for fans of B.A. Paris and Paula Hawkins.

Susannah, a young widow and single mother, has remarried well: to Max, a charismatic artist and popular speaker whose career took her and her fifteen-year-old son out of New York City and to a quiet Vermont university town. Strong-willed and attractive, Susannah expects that her life is perfectly in place again. Then one quiet morning she finds a note on her door: I KNOW WHO YOU ARE.

Max dismisses the note as a prank. But days after a neighborhood couple comes to dinner, the husband mysteriously dies in a tragic accident while on a run with Max. Soon thereafter, a second note appears on their door: DID YOU GET AWAY WITH IT?

Both Susannah and Max are keeping secrets from the world and from each other —secrets that could destroy their family and everything they have built. The Perfect Liar is a thrilling novel told through the alternating perspectives of Susannah and Max with a shocking climax that no one will expect, from the bestselling author of The Headmaster’s Wife.

Max took on a new persona  A new life. When Susannah, a young widow and single mother, meets Max, she thinks she has done well by marrying Max. He is an accomplished artist and terrific speaker, so Susannah is sure that she and her son will be happy. Life will be perfect.

However, she finds a note on her door saying: I know who you are. And another note, Did you get away with it. Susannah begins to seriously worry about Max. Then his new friend mysteriously dies while on a run with Max. Susannah really doubts that it was an accident. She strongly senses things are not right with him.

Meanwhile, Susannah has secrets of her own. There are things she talks about with her therapist that could easily unravel their marriage and even their entire life. Will either of their secrets be exposed? More importantly, will Max's identity ever be exposed?

Admittedly I was intrigued and did keep on reading. Dual points of view help readers really get into the minds of both Max and Susannah. As if this story isn't chilling enough, the ending just might throw you. Oh, I just have to mention Susannah's therapist Joseph. He really was something! I just cannot believe any therapist could go to the extremes that he did. Those that read this book just might remember "the white bear". I quit when it comes to my rating. Then I cannot believe Max could take on a new life and get away with it for years.

On a positive note I will will say that Thomas Christopher Greene is indeed the the bestselling author of The Headmaster's Wife, which I have not yet had the opportunity to read.

Many thanks to St. Martins Press and to NetGalley for this ARC to review in exchange for an honest review. 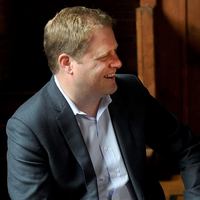 Thomas Christopher Greene was born and raised in Worcester, Massachusetts, to Richard and Dolores Greene, the sixth of seven children. He was educated in Worcester public schools and then Suffield Academy in Suffield, Connecticut. He earned his BA in English from Hobart College in Geneva, New York, where he was the Milton Haight Turk Scholar. His MFA in Writing is from the former Vermont College.

Tom has worked as an oyster shucker, delivered pizza, on the line in a staple factory, as a deputy press secretary for a presidential campaign, the director of public affairs for two universities and as a professor of writing and literature. Since 1993, Tom has resided in central Vermont. In 2003, his first novel, MIRROR LAKE, was published to critical acclaim. His second, I’LL NEVER BE LONG GONE, followed two years later and his third, ENVIOUS MOON, was published in 2007. His fiction has been translated into 11 languages and has found a worldwide following. His writing has been called incandescent and poetic and has been nominated for the IMPAC Dublin Literary Award. His first novel was named by Waterstone’s in the UK one of the 30 books to be rediscovered, alongside books by authors Kurt Vonnegut, Jose Saramango, Alice Hoffmann and others.

In 2006, after years of writing full time, Tom was asked to lead one of the MFA programs at Vermont College where he had graduated from and had previously served as a senior administrator. Shortly thereafter the university that owned the campus announced that the historic 1868 campus was for sale to developers and the three nationally acclaimed MFA programs (MFA in Writing; MFA in Writing for Children and Young Adults; and MFA in Visual Art) were in danger of closing. Tom mobilized the college community and the larger community in central Vermont to create a nonprofit that could buy the campus and the three academic programs. In two years, with his business partner, Bill Kaplan, Tom raised $13.5M in capital, built a national board of trustees and developed a strategic plan and an infrastructure to manage and run a new academic entity. On June 23, 2008, Vermont College of Fine Arts became the first new college in Vermont in over 30 years. It was the fastest college in the 125-year history of the New England Association of Schools and Colleges to achieve accreditation. Tom was named the college’s founding President, a position he still serves in today.

In the seven years since its inception, Tom has led Vermont College of Fine Arts on a mission to become a national center for education in the arts. Its writing programs enjoy top national rankings, and he has started new programs in graphic design, music composition, film, writing and publishing, and an MA in art and design education. Today, under his leadership, Vermont College of Fine Arts has arguably a greater influence on American Arts and letters than any small school since the heyday of Black Mountain College almost a century ago.