Review - A Holiday By Gaslight 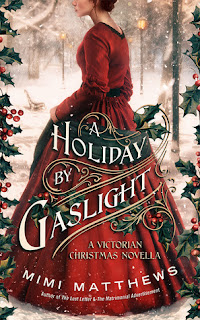 DESCRIPTION:
A Courtship of Convenience

Sophie Appersett is quite willing to marry outside of her class to ensure the survival of her family. But the darkly handsome Mr. Edward Sharpe is no run-of-the-mill London merchant. He’s grim and silent. A man of little emotion—or perhaps no emotion at all. After two months of courtship, she’s ready to put an end to things.

A Last Chance for Love

But severing ties with her taciturn suitor isn’t as straightforward as Sophie envisioned. Her parents are outraged. And then there’s Charles Darwin, Prince Albert, and that dratted gaslight. What’s a girl to do except invite Mr. Sharpe to Appersett House for Christmas and give him one last chance to win her? Only this time there’ll be no false formality. This time they’ll get to know each other for who they really are.

Sophie Appersett is willing to make a great sacrifice. Her family is nearly broke and she will marry just about anyone to save it. Even if it means marrying outside of her class.  She thinks she can make things work with Mr. Edward Sharpe, a London merchant. They court, take lovely rides and walks together, but he is oddly staid for the entire duration. Sophie just cannot do it. She breaks things off.

Edward Sharpe has just lost an opportunity to be with a woman who knows deep inside that he could love. But seemingly he has lost his chance.  Circumstances change and the perfect opportunity displays itself and this time Edward hopes to at least let her see that he does have deep emotions.

A Holiday by Gaslight is a sweet novella. Although a quick read it was enjoyable to see the characters work together to establish a future together. The holidays seem to be the perfect time. This delightful and fulfilling story has a warm conclusion.

Many thanks to Perfectly Proper Press and to NetGalley for this ARC to review in exchange for my honest opinion. 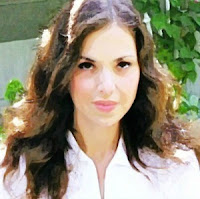 Mimi Matthews is the author of The Pug Who Bit Napoleon: Animal Tales of the 18th and 19th Centuries and A Victorian Lady’s Guide to Fashion and Beauty. She researches and writes on all aspects of nineteenth century history—from animals, art, and etiquette to fashion, beauty, feminism, and law. Her scrupulously cited articles have been published on various academic and history sites, including the Victorian Web and the Journal of Victorian Culture, and are also syndicated weekly at BUST Magazine.

Mimi’s writing and research have been referenced in such diverse web and print publications as Smithsonian Magazine, The Paris Review, The Journal of Civil War Medicine, Apartment Therapy, and USA Today’s Happy-Ever-After blog. Her work is frequently used in high school and college classrooms as part of an English or History curriculum.

When not writing historical non-fiction, Mimi authors exquisitely proper Victorian romance novels with dark, brooding heroes and intelligent, pragmatic heroines. She is a member of the Historical Novel Society, Romance Writers of America, and English Historical Fiction Authors. Her debut Victorian romance The Lost Letter was released in September 2017.

In her other life, Mimi is an attorney with both a Juris Doctor and a Bachelor of Arts in English Literature. She resides in California with her family—which includes an Andalusian dressage horse, two Shelties, and two Siamese cats.