Review - Her One Mistake 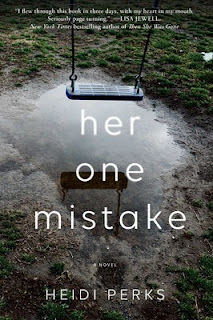 DESCRIPTION:
What should have been a fun-filled, carefree day takes a tragic turn for the worse for one mother when her best friend’s child goes missing in this suspenseful, compulsively readable, and darkly twisted psychological thriller.

It all started at the school fair…

Charlotte was supposed to be looking after the children, and she swears she was. She only took her eyes off of them for one second. But when her three kids are all safe and sound at the school fair, and Alice, her best friend Harriet’s daughter, is nowhere to be found, Charlotte panics. Frantically searching everywhere, Charlotte knows she must find the courage to tell Harriet that her beloved only child is missing. And admit that she has only herself to blame.

Harriet, devastated by this unthinkable, unbearable loss, can no longer bring herself to speak to Charlotte again, much less trust her. Now more isolated than ever and struggling to keep her marriage afloat, Harriet believes nothing and no one. But as the police bear down on both women trying to piece together the puzzle of what happened to this little girl, dark secrets begin to surface—and Harriet discovers that confiding in Charlotte again may be the only thing that will reunite her with her daughter....

This breathless and fast-paced debut—perfect for fans of Big Little Lies and The Couple Next Door—takes you on a chilling journey that will keep you guessing until the very last page.

How chilling to read a book when a little girl goes missing at a fair!

Charlotte has three kids of her own, so being asked to take her friend's child, Alice, along to the local fair is not a problem. However, Charlotte is posting while on her phone, so just imagine her horror when Alice suddenly disappears. Oh the guilt! Oh the accusations!

This chilling story is told in alternating timelines of  before and now. What I thought when approaching this book and what I learned while reading were two entirely different things. Both timelines were so incredibly intense! Who couldn't feel sorry for the mother, Harriet, whose child has disappeared? And as a parent, I can't help but admit that I was extremely angry with Charlotte for allowing her need for social media to cause such a distraction.

Without providing a spoiler, suffice it to say that things were not as they seemed in Her One Mistake. That fact, along with many other disturbing facts, make this book work. And, oh, it works so very well. This is a psychological thriller down to its very teeth. The story goes beyond the two mothers. There is Brian, Harriet's husband and Alice's father. All I can say about him is "Wow!"There is something else worth mentioning at this point: Harriet really wasn't close to any of her friends.

Because any further comments about the story would indeed be spoilers, there is a trigger warning. There is domestic abuse, and it is because of such that a person might ask how far would they go when faced with an untenable situation. No doubt other readers won't take long to query as to who made what mistake.

I have already stated that this book is chilling. It is equally suspenseful and compelling, and despite that, sometimes difficult to read. It is that level of difficulty that made this book nearly impossible to put down.

Many thanks to Gallery Books and Edelweiss for this ARC to review in exchange for my honest opinion. 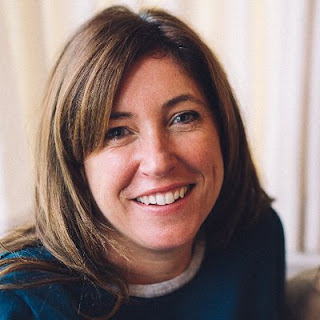 I’ve always loved reading and writing and for as long as I can remember I’ve been making up stories, poems and even magazines that I’d sell to unsuspecting family members for 20p. I fell in love with Enid Blyton and books like The Last of the Really Great Whangdoodles, and somehow managed to get through GCSE’s and A-levels while spending most of the lessons staring out of the window and creating other worlds in my head.

In 1997 I graduated from university and moved up to London to begin a career in marketing. But after three years I moved back down to the south coast and, drawn back to the sea, eventually to my home town of Bournemouth where I still now live with my husband and two children.

After fifteen years of marketing and thrown into the new world of motherhood I decided to make some changes to my life. I left my job in 2012 to look after my family and finally took pen to paper to start writing a novel I’d been thinking about since a holiday six months earlier.

The following year I was accepted onto the inaugural Curtis Brown Creative online Novel Writing Course, which fuelled my desire to become an author even more, and I began writing Beneath The Surface. This was published by Red Door in March 2016.

By then I was already deep in the throes of Now You See Her. I met the amazing Nelle Andrew from PFD who offered me representation and after a year we had two incredible pre-empts for the book from Emily Griffin at Century and Marla Daniels at Simon and Schuster in the US.


I am now writing my next book, which will be released in the UK in July 2019.