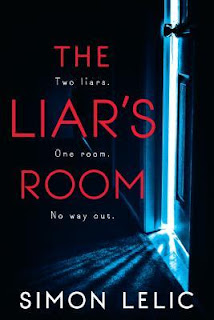 DESCRIPTION:
A new spine-tingling thriller from the author of The New Neighbors that takes place over the course of a therapy session, in which neither patient nor therapist are who they claim to be.

Two liars. One room. No way out.

Susanna Fenton has a secret. Fourteen years ago she left her identity behind, reinventing herself as a therapist and starting a new life. It was the only way to keep her daughter safe.

But when a young man, Adam Geraghty, walks into her office, claiming he needs Susanna's help but asking unsettling questions, she begins to fear that her secret has been discovered.

Who is Adam, really? What does he intend to do to Susanna?

And what has he done to her daughter?

Susanna Fenton has done very well for herself. Fourteen years ago started a new life. She is now a therapist and also has a teenaged daughter, Emily. Reinventing herself was an absolute necessity if she planned on keeping Emily safe. Is it all about to come crashing down?

Adam Geraghty is a man with an agenda. When he meets his new therapist Susanna for the first time he has some bombs to drop. He is certainly not there for a listening ear. Adam has a series of questions that he poses to Susanna. The deeper the questions, the more unnerved Susanna becomes. At first glance, Adam seemed oddly familiar to Susan, although she had never seen him before. As they talk, Susanna's carefully-crafted life apparently falls apart right in front of her very eyes.

The crux of the matter? Eventually Emily's picture and her voice on a cell phone destroy the very fiber of Susanna's being. Susanna doesn't know where Emily is. Adam does. And he is not about to make anything easy for her.

The Liar's Room is a drama-filled story that is slowly unfolded by bringing the past and the present together. All Susanna wants to know is whether or not Emily is safe. She will do anything to do what she can to protect Susan, but she quickly realizes that she must ask Adam precisely the right questions. We learn quite a bit about Susanna, Adam and Emily, and how the latter two met. What is revealed is utterly shocking and extremely disconcerting.

This was a very tense read! Where was Emily??? What would the end result be? Why did Susanna start a life over again, keeping her past a secret? All of this was revealed and I was definitely kept guessing throughout. The conclusion came rather fast and was a bit surprising, if not a bit fantastical. However, the fact that I could not put it all together. What made this book work for me was that not only had Adam completely unnerved Susanna, I was as well. It goes without saying that it ended up being questionable who was the biggest liar, Susanna or Adam.

I am glad to say that I enjoyed this book. I am definitely interested in reading Simon Lelic again in the future.

Many thanks to Berkley Publishing Group and to First to Read for this ARC to review in exchange for my honest opinion. 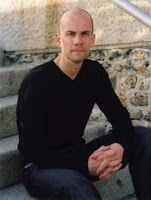 I was born in Brighton in 1976 and, after a decade or so living in London and trying to convince myself that the tube was fine, really, because it gave me a chance to read, my wife and I moved back to Brighton with our three young children. That Barnaby, Joseph and Anja’s grandparents happened to live close enough by to be able to offer their babysitting services was, of course, entirely coincidental.

As well as writing, I run an import/export business. I say this, when people ask, with a wink but I fool no one: I am more Del Trotter than Howard Marks. My hobbies (when I have time for them) include reading (for which I make time, because I can just about get away with claiming this is also work), golf, tennis, snowboarding and karate. My weekends belong to my family (or so my wife tells me), as does my heart.

I studied history at the University of Exeter. After graduating I was qualified, I discovered . . . to do an MA. After that I figured I had better learn something useful, so took a post-grad course in journalism. I know, I know: so much for learning something useful. After working freelance and then in business-to-business publishing, I now write novels. Not useful either, necessarily, but fun and, in its own way, important.

In half a page, then, that’s me. My wife wanted me to add that I am not as mean as I look in my author pic. That was the publisher’s doing: they wanted austere. But now I’ve gone and ruined it.