Review - When No One is Watching 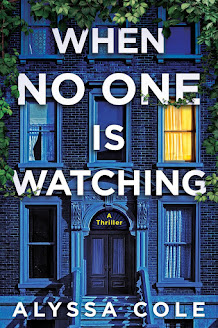 Rear Window meets Get Out in this gripping thriller from a critically acclaimed and New York Times Notable author, in which the gentrification of a Brooklyn neighborhood takes on a sinister new meaning…

Sydney Green is Brooklyn born and raised, but her beloved neighborhood seems to change every time she blinks. Condos are sprouting like weeds, FOR SALE signs are popping up overnight, and the neighbors she’s known all her life are disappearing. To hold onto her community’s past and present, Sydney channels her frustration into a walking tour and finds an unlikely and unwanted assistant in one of the new arrivals to the block—her neighbor Theo.

But Sydney and Theo’s deep dive into history quickly becomes a dizzying descent into paranoia and fear. Their neighbors may not have moved to the suburbs after all, and the push to revitalize the community may be more deadly than advertised.

When does coincidence become conspiracy? Where do people go when gentrification pushes them out? Can Sydney and Theo trust each other—or themselves—long enough to find out before they too disappear?

I do believe this is the first time that I have read a book where the focus was on gentrification. Yes, I had to look the word up, but as soon as I did, I was able to recall news stories of how this has happened time and again in history. One source online refers to it as an "inverse of white flight".

I have read several of Alyssa Cole's romance novels, so to take on a thriller that focused on such a serious subject was of great interest to me. In this story we have dual points of view, that of Sydney and Theo, who were as different as night and day. However, they each are affected by what is going on in her Brooklyn neighborhood. Still saddened by the loss of her mother, whom she still called Mommy, and is very close to her best friend Drea. The pair have a secret that, if revealed, could ruin their lives.

The neighborhood is disappearing. Developers are making it very difficult for residents to keep their homes. Drea works for the city, so she is able to keep Sydney apprised as to the plans that are in play. Despite this advantage, however, things become quite intense and even dangerous, and more than a bit sinister at times.

Theo was a mystery, a man who came from a very dark past, and who would have no qualms to going to any extreme when it came to Sydney. As every other chapter in this story came from his point of view, there was no doubt as to how vigilant he became when a pattern of events began to form a complex mystery.

When gentrification happens, people move out - one way or another. Sometimes, developers offer a pretty penny for their homes and property, or they find another poor area to settle. However, as Sydney and Theo began to see, some of Sydney's neighbors are disappearing. Something dark and deadly is happening and they won't stop until they sort matters out.

How chilling! With Sydney being black and Theo being white, they might seem unlikely allies when it comes to working together to make matters right. Will they get too close to what is really going on, thus placing their very lives in danger? What about the secrets they both are keeping? Will that be enough to upset anything stronger that is growing between them, going past camaraderie and becoming much more?

What a remarkable book by Alyssa Cole! It was a multi-layered story with enough twists, danger and more to keep me completely drawn to what was going on in the book. Also, when an author with a proven track record at writing romance, often with couples who have interracial relationships, who delves into a new genre, I must say I have nothing but respect for her.

I admit to having to work a bit harder with this review because I read two books by Cole back to back - How to Catch a Queen and this book. When No One is Watching. The two books could not have been more different. So, I loved the challenge of composing two comprehensive reviews back to back as well, albeit months in advance for her romance in a new series, Runaway Royals. Having now read quite a few romance titles by her, I loved the change of pace with a thriller novel, and certainly hope there will be more from this genre by her.

Many thanks to William Morrow Paperbacks and to NetGalley for this ARC for review.  This is my honest opinion. 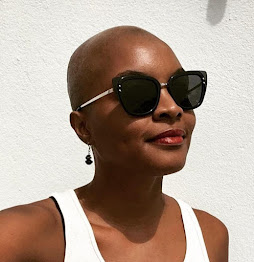 Alyssa Cole is an award-winning author of historical, contemporary, and sci-fi romance. Her Civil War-set espionage romance An Extraordinary Union was the RT Reviewers’ Choice Award’s Best Book of 2017 and the American Library Association’s RUSA Best Romance for 2018, and A Princess in Theory was one of the New York Times’ 100 Notable Books of 2018. She’s contributed to publications including Bustle, Shondaland, The Toast, Vulture, RT Book Reviews, and Heroes and Heartbreakers, and her books have received critical acclaim from The New York Times, Library Journal, BuzzFeed, Kirkus, Booklist, Jezebel, Vulture, Book Riot, Entertainment Weekly, and various other outlets. When she’s not working, she can usually be found watching anime or wrangling her pets.

She is represented by Lucienne Diver at The Knight Agency.