Review - Behind the Red Door 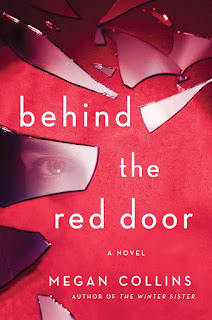 The author of the “suspenseful, atmospheric, and completely riveting” (Megan Miranda, New York Times bestselling author) debut The Winter Sister returns with a darkly thrilling novel about a woman who comes to believe that she has a connection to a decades old kidnapping and now that the victim has gone missing again, begins a frantic search to learn what happened in the past.
When Fern Douglas sees the news about Astrid Sullivan, a thirty-four-year-old missing woman from Maine, she is positive that she knows her. Fern’s husband is sure it’s because of Astrid’s famous kidnapping—and equally famous return—twenty years ago, but Fern has no memory of that, even though it happened an hour outside her New Hampshire hometown. And when Astrid appears in Fern’s recurring nightmare, one in which a girl reaches out to her, pleading, Fern fears that it’s not a dream at all, but a memory.
Back home in New Hampshire, Fern purchases a copy of Astrid’s recently published memoir—which may have provoked her original kidnapper to abduct her again—and as she reads through its chapters and visits the people and places within it, she discovers more evidence that she has an unsettling connection to the missing woman. As Fern’s search becomes increasingly desperate, she hopes to remember her past so she can save Astrid in the present…before it’s too late.
Featuring Megan Collins’s signature “dark, tense, and completely absorbing” (Booklist) prose and plenty of shocking twists and turns, Behind the Red Door is an arresting thriller that will haunt you long after you turn the last page.
Link to purchase the book

A news story alerts Fern Douglas which makes her fairly certain that she recognizes the woman featured, Astrid Sullivan. Her husband thinks it is because of something that happened a couple of decades ago when Astrid was kidnapped but later returned. This is very confusing to Fern because she doesn't have any memory of the kidnapping. What is more is that Fern's father has been conducting tests and experiments on Fern for years. So, Fern soon becomes very confused with events now and events from before and this enhances the anxiety that she is already struggling with.
Purchasing Astrid's memoir has two results where Fern is concerned. For one thing, Astrid has been kidnapped again. Also, the more that Fern reads the memoirs, the more her memory is tickled. She becomes quite sure that there are things about that kidnapping that might have involved her in one way or another. Will Fern ever gain her full memories from the original kidnapping, and will what she hopes to discover lead to saving Astrid's life?
Fern's hope life is rather interesting. She loves her husband and they even want to start a family. However, he knows of her memory issues and her relationship with her father, so he really works hard to keep her grounded. However, that is not enough for Fern, so she goes back to her father's home, and memories of her childhood are interspersed with events of the present, because her father would definitely not make father of the year.

In this thrilling read there are plenty of twists and turns, combined with very strange family drama. As a matter of fact, I was thrown off for a second because she constantly referred to them as Ted and Mara, instead of Mom and Dad. That is just the tip of the iceberg when it comes to trying to understand the dynamics of their relationships with one another. Then with Fern's soon-to-be apparent connection to Astrid, this book kept me guessing until the end.
Many thanks to Atria and to NetGalley for this ARC to review. This is my honest opinion.

Megan Collins is the author of The Winter Sister (Atria/Simon & Schuster). She received her B.A. in English and Creative Writing from Wheaton College in Norton, Massachusetts, and she holds an M.F.A. in Creative Writing from Boston University, where she was a teaching fellow. She has taught creative writing at the Greater Hartford Academy of the Arts and Central Connecticut State University, and she is Managing Editor of 3Elements Review. A Pushcart Prize and two-time Best of the Net nominee, her work has appeared in many print and online journals, including Compose, Linebreak, Off the Coast, Spillway, Tinderbox Poetry Journal, and Rattle. She lives in Connecticut.