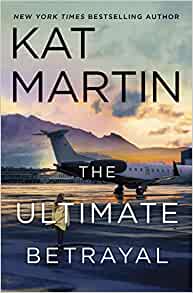 To prove her father’s innocence, she’ll have to turn a terrorist’s sights on herself

When journalist Jessie Kegan’s father is accused of espionage and treason, Jessie has no doubt the man she looked up to her entire life is innocent. Worse yet, before Colonel Kegan can stand trial, he’s found dead of a heart attack…but Jessie knows it was murder. Forcing down her grief, she’s determined to use her investigative skills and resources to clear her father’s name. But going after the truth means Jessie soon finds herself in the crosshairs of a killer who wants that truth to stay buried with her father.

Protecting Jessie Kegan is a job bodyguard Brandon Garrett can’t refuse. Jessie isn’t just a client at Maximum Security—she’s the sister of his best friend, Danny, killed in Afghanistan. With dangerous forces gunning for Jessie from every angle, keeping her safe will mean keeping her close and Bran finds their mutual attraction growing, though being Danny’s sister puts Jessie out of bounds.

With their backs against the wall, Jessie and Bran will have to risk everything to expose her father’s killer—before his legacy dies with his daughter.

Journalist Jessie Kegan always stands by her stories, often making her career a priority in her life. However, when her father has been accused and jailed for espionage and treason, Jessie is determined to do anything she can do to clear his name. It is quite clear that a terrorist is at bay and Jessie is thrust into a maelstrom of events. For one thing, her father never made it to trial. He died of an apparent heart attack, but Jessie doesn't believe that for one minute. So, she now has a double duty - clear her father's name and find his killer. With the exceptional skills she has acquired to to the research that goes into her freelance journalism, she goes in head first. However, this soon places her life in danger.

Brandon Garrett works for Maximum Security and one day a gorgeous woman comes in the door  asking for help. She is Jessie Keegan, sister to his best friend Daniel. This saddens Bran because Daniel was killed in action in Afghanistan while saving Bran's life. Although pained at the memories of Daniel, Bran agrees to shadow Jessie, and not a moment too soon, because right after she introduces herself, his office is assailed by bullets. Has the inquiries Jessie is about to tell Bran about already placed her in danger?

Jessie tells Bran of her concerns. She tells him how her father lost everything after being accused, and that she is certain that his death was the perfect scapegoat for the real criminals. She knows she excels with her job, but things are already getting far too hairy. Of course, Bran steps in and helps. One problem that affects them both is that they share in instantaneous attraction that soon proves impossible to ignore.

Many thanks to HQN Books and to NetGalley for this ARC to review. This is my honest opinion.