BLOG TOUR - Why She Died 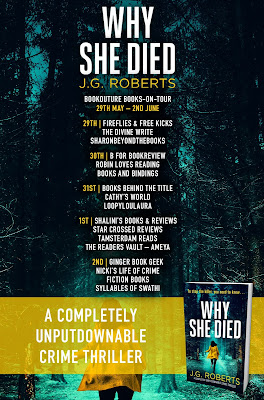 Today is my stop on the Blog Tour for Why She Died by J. G. Roberts.

It was a person after all, but she was suspended in mid-air. Abi’s heart began to thump against her ribcage as the full horror of what she was seeing became apparent. Her shrill scream pierced the silence, startling birds into taking flight. ‘Help me!’ she cried. ‘Somebody please help!’

When beautiful and bright Hannah is late for their morning run, her best friend Abi thinks nothing of it. Hannah isn’t always that reliable – she’s probably just overslept.

But as Abi runs through the woods, following the same route she always does, she is greeted by a horrifying sight: Hannah’s body, swaying in the breeze.

Detective Rachel Hart is called to the scene. Something seems wrong from the start. Hannah’s friends and family insist that she had everything to live for, and no one has a bad word to say about her. But when murder is confirmed, and Rachel starts digging, she soon realises that there were plenty of people with reasons to want Hannah dead.

Then a second woman is found strangled in the same woods, and everything Rachel thought is thrown into doubt. Is there a serial killer at work?

Rachel is determined to find answers before another life is lost – all the time unaware that the killer’s sights are focussed firmly on her.

Can Rachel unravel the deadly game before she walks into a trap? 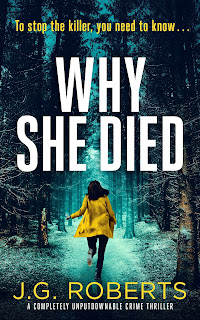 Hannah wakes up late for her morning run with her best friend Abi. As she starts to get ready, she asks herself why she even bothers. But, friends are friends, and Abi is training for a mountain climb, and Hannah as agreed to help her. When Abi doesn't answer Hannah's knock on her door, Hannah decides to head out anyway, figuring she'd run into Abi somewhere along their regular path in the woods. What Hannah finds is the most shocking, the most devastating thing she can imagine - Abi hanging from a tree.

Detective Rachel Hart is assigned the case and it takes her very little time to realize that the crime scene is more than a bit off. As Rachel begins her investigation, she interviews all of the students that are sharing the same house while at university. Once the cause of death is officially ruled a murder, Rachel really hones in on her investigation, and soon realizes that she has the scope of her investigate.

Meanwhile, Rachel is finally happy in her relationship with lawyer Tim. She had a tragic past and lost her twin sister when they were very young, so it took her quite some time to come close to trusting and opening her heart. The story shifts from time to time to Tim, especially when he visits someone at a prison.  Her relationship with Tim and his actions make me appreciate having read the first two books in this series, Little Girl Missing and What He Did, as I was able to feel a connection to Rachel as a person, as well as a cop.

Why She Died is a gripping story that weaves tension and drama in at breaknet speed that garnered my attention from beginning to end. I love that the book left readers wondering what is next for Rachel. Kudos to J. G. Roberts for writing another thrilling book. 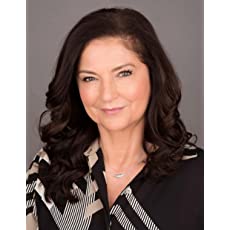 Having signed with Bookouture in late 2018, my first book with them, Little Girl Missing, was published in June 2019 followed by the second in the Detective Rachel Hart series in October of the same year. The third book in the series, my seventh novel overall, is called Why She Died and is on pre-order prior to publication in May 2020.

I'm originally from Nottingham, where I have based a couple of my novels, but I am now resident in Berkshire and have used Reading and the surrounding area as the location for the DCI Rachel Hart series.

From the age of ten I had wanted to write fiction but left it until I was fifty-seven before self-publishing my first novel, Life's a Beach and Then, proving it's never too late to start something new.

When I'm not writing, I am a full-time presenter on QVC, the UK's most successful shopping channel where I have worked for over twenty-six years. I also enjoy cooking, watching football, in particular my team Crystal Palace, gardening, and Pilates which is helping with my rehabilitation following recent ankle surgery. I'm an animal lover and a committed vegetarian for the past thirty-five years.