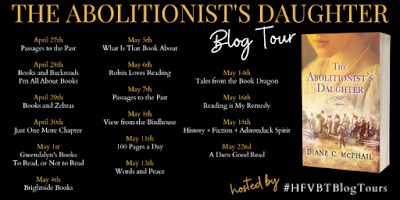 
In her sweeping debut, Diane C. McPhail offers a powerful, profoundly emotional novel that explores a little-known aspect of Civil War history—Southern Abolitionists—and the timeless struggle to do right even amidst bitter conflict.

On a Mississippi morning in 1859, Emily Matthews begs her father to save a slave, Nathan, about to be auctioned away from his family. Judge Matthews is an abolitionist who runs an illegal school for his slaves, hoping to eventually set them free. One, a woman named Ginny, has become Emily’s companion and often her conscience—and understands all too well the hazards an educated slave must face. Yet even Ginny could not predict the tangled, tragic string of events set in motion as Nathan’s family arrives at the Matthews farm.

A young doctor, Charles Slate, tends to injured Nathan and begins to court Emily, finally persuading her to become his wife. But their union is disrupted by a fatal clash and a lie that will tear two families apart. As Civil War erupts, Emily, Ginny, and Emily’s stoic mother-in-law, Adeline, each face devastating losses. Emily—sheltered all her life—is especially unprepared for the hardships to come. Struggling to survive in this raw, shifting new world, Emily will discover untapped inner strength, an unlikely love, and the courage to confront deep, painful truths.

In the tradition of Cold Mountain, The Abolitionist’s Daughter eschews stereotypes of the Civil War South, instead weaving an intricate and unforgettable story of survival, loyalty, hope, and redemption.

Praise for The Abolitionist’s Daughter

“Diane McPhail excavates a nearly forgotten corner of American history and brings it to full, beating life. This is a fascinating and heartfelt look at the kinds of stories that don’t always make it into the history books.” -Louis Bayard, author of Courting Mr. Lincoln

“A contender, a deeply felt, thoroughly researched story . . . as good as it deserves to be.” -Jacquelyn Mitchard, New York Times bestselling author

“Complex, vivid, and emotionally engaging. This is a story of harsh realities written with a tenderness that shines through and honors the account of one woman’s struggle to overcome her society’s rules and her circumstances in the face of inconceivable devastation. I couldn’t put it down.” -Carol E. Anderson, author of You Can’t Buy Love Like That

“What an impressive book this is! Diane McPhail works a spell on the reader, transporting us to Mississippi in the 19th century, introducing us to a family torn apart by the time and place in which they live. She tells a dark tale, yet it’s laced with lyricism and compassion. This is a powerful, imaginative, captivating book-I’d say, even urgent, considering the time we find ourselves in now.” -Judy Goldman, author of Together

“A tender, sparkling debut that bears gentle witness to the abominations of slavery and oppression while heralding the grace, power and necessity of righting wrongs and choosing love. McPhail is full of talent and heart.” -Ethel Rohan, author of The Weight of Him” 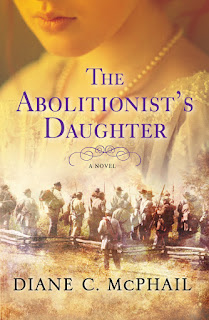 This incredibly touching - and often tragic - story begins with one man’s fight to free his slaves, and any others he can help. As a judge, he has drawn up necessary papers. Going one step further, Judge Matthews has begun a school for slaves, giving them an education they would not get otherwise. His daughter Emily eventually takes up the fight.

Matthews was in an enviable position in his time. Like countless men in his day he owned slaves. But he did whatever was within his power to do when it came to changing as many lives as he could. He had a powerful effect on his daughter, who did not have her father’s education or experience. However, she did as much as she could to change things, even though she was a single voice.

Raised alongside a slave named Ginny, who is her closest companion, Emily shares her father’s sentiments. When Emily agrees to marriage the local doctor, Charles Tate, a devastating series of events have disastrous effects on the slaves the Matthews tried to help, as well as heartbreaking loss that Emily is forced to deal with.

Debut author Diane C. McPhail has written an incredible, albeit difficult book. What a way to make her mark! Although a mere 326 pages, this book took me two days to read due to its heavy content. Set prior to the Civil War - and before the 13th Amendment was passed - readers are reminded if not educated about the horrors of slavery. In my case, I learned about Lincoln and the Emancipation Proclamation in school, but had not heard of Southern abolitionists.

McPhail wrote this fictional tale based on actual history, and by making me think of such a terrible time in history, this is a book I’ll not soon forget. The research that came with writing this book was impeccable. This is a very well- written book that is bound to give readers the affect I experienced. I will definitely be following this author to see what other gems she might have in store.

This ARC was provided by A John Scognamiglio Book, a Kensington imprint and HF Virtual Fiction Blog Tours. This is my honest opinion.


During the Blog Tour, we are giving away a copy of The Abolitionist's Daughter!

To enter, please use the Gleam form below.

Giveaway Rules –
Giveaway ends at 11:59 pm EST on May 22nd. You must be 18 or older to enter. – Paperback giveaway is open to the US only. – Only one entry per household. – All giveaway entrants agree to be honest and not cheat the systems; any suspicion of fraud will be decided upon by blog/site owner and the sponsor, and entrants may be disqualified at our discretion. –

The winner has 48 hours to claim prize or a new winner is chosen. 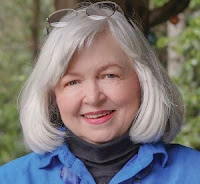 Diane C. McPhail is an artist, writer, and minister. In addition to holding an M.F.A., an M.A., and D.Min., she has studied at the University of Iowa distance learning and the Yale Writers’ Workshop, among others. Diane is a member of North Carolina Writers’ Network and the Historical Novel Society. She lives in Highlands, North Carolina, with her husband, and her dog, Pepper.