SPOTLIGHT TOUR - Until the End 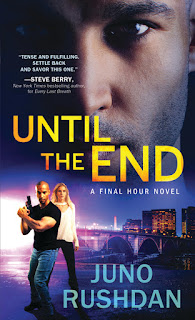 He’s strong. Fierce. Relentless. And he may be her only chance of surviving the night.

Gray Box operative Castle Kinkade always gets the job done, no matter how tough the assignment. But when he agrees to protect white-hat hacker Kit Westcott, Castle’s loyalty is tested like never before. Trapped in the closest of quarters, protective instincts flaring, he can feel the ice surrounding his heart melt…and he knows he’d do anything to keep Kit safe.

Even defy the rules that shaped his life.

Castle is the last person Kit should confide in, let alone be attracted to, but he’s the only ally she has left. Under threat of imminent attack—and a chilling conspiracy that hits too close to home—Castle and Kit are forced to put their hearts and lives on the line…and stop at nothing to face the greatest danger the world has ever known.

Gray Box is a black ops government agency, proud to have among its members, ex-CIA, NSA and other intelligence agencies. Castle Kinkade is an operative with an assignment to protect Kit Westcott, the leader a a white-hat hacker group. Now, this is simply the setup, because the book opens with Kit's hair-raising race for life. All of the members of her small unit have been eliminated and she is next. With Gray Box already being aware of the critically dangerous situation, Castle is already on scene.

That is how this book starts and the action and danger never stops. Kit has valuable information and someone, or many someones, will do anything to get to her, and her demise is sure to come after they get what they want. It is Castle's job to get what Kit knows to safety, all while staying one step ahead of danger and keeping Kit alive.

Meanwhile, sparks fly fast and high between the couple, and the tension is thus multiplied beyond either of their expectations. This fast-paced book by Juno Rushdan had it all, including a mix of spies and terrorists and the brilliant minds of computer hackers. Along with the romance that developed between Kit and Castle, there was a strong family vibe among the team's members.

Until the End is the third book in the Final Hour series, but did well as a standalone. All throughout this book there were several team members who were no doubt in the previous two books, but enough of a back story and continued development made this one more than easy to follow. The story definitely caught my attention and I would love to read further books in the series. 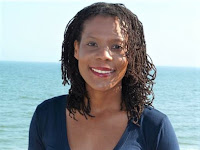 Juno Rushdan draws from real-life inspiration as a former U.S. Air Force Intelligence Officer to craft sizzling romantic thrillers. Although she is a native New Yorker, wanderlust has taken her across the globe. She’s visited more than twenty different countries and has lived in England and Germany. When she’s not writing, Juno loves spending time with her family. She currently resides in Virginia.