BLOG TOUR - Into the Darkest Day 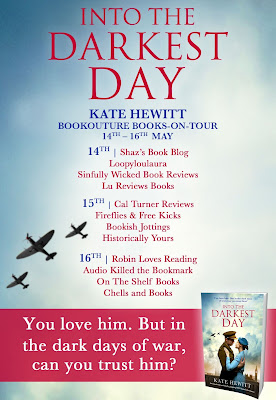 Today is my stop on the Blog Tour for Into the Darkest Day by Kate Hewitt.

She had to step outside and hold the paper up to the moonlight to read it, but when she was able to make out the words, her heart felt as if it would drop right out of her chest. Because the message was in German.
1944, London:
When Lily meets enigmatic GI Matthew in war-torn London, she doesn’t expect to fall in love. While her sister starts a reckless affair with another GI, Lily tries to hide her growing feelings for Matthew.

But Matthew has a devastating secret. One that could change their lives forever.

Present day, USA:
Abby lives a quiet life on an apple farm in Wisconsin. Tormented by survivor’s guilt after the tragic deaths of her mother and brother, Abby leaves the orchards as little as possible, keeping her life small, peaceful and safe… Until she is contacted by Englishman Simon Elliot, who arrives nursing a heartbreak of his own, and bearing a World War Two medal that he claims belonged to Abby’s grandfather.

Together they begin to piece together the heartbreaking story of their relatives’ war. But as the story brings Abby and Simon closer—tentatively beginning to lean on one another to heal—they uncover a dark secret from the past.

And like Lily and Matthew nearly eighty years before them, it will make Abby and Simon question whether you can ever truly trust someone, even when they have your heart…

A heartbreakingly powerful, epic love story about courage, friendship and broken trusts, Into the Darkest Day is an unforgettable story perfect for fans of Nora Roberts, Kristin Hannah and The Notebook. 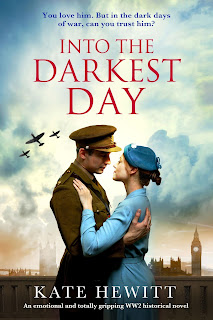 In this touching, often very tragic story, Abby Reese is visited by an Englishman Simon Elliot. Simon is in possession of a metal that he is certain belongs to Abby‘s grandfather, Tom Reese. Furthermore, Simon plans on writing a book so he wants much more than to simply return the medal. Simon hopes that Abby can help him piece together history from almost 80 years ago that connects her grandfather with his grandmother.

The story than shifts back to 1944 London when Lily Mathers, her sister Sophia and their parents are trying to cope with the effects of the war and bombs being dropped, often being forced to find shelter in order to stay alive. Lily and Sophia are doing their best during the war efforts. Meanwhile, they end up meeting two men, Matthew Lawson and Tom Reese.

This was one of the most difficult books I have read in a long time. Not only does the reader see the  one family is affected by the war, there are aspects of the war that Tom and Matthew, American soldiers, were a part of. How there lives were affected is explored as well.

Meanwhile, two of these characters in the story, Matthew and Simon, had heartbreaking stories that were recounted. I had a hard time reading how these poor people were overwhelmingly affected by the war. Kate Hewitt wrote a very effective story, and no doubt it is based on excellent research, so much so that I actually took a moment to research D-Day and Normandy

This was truly a powerful story. It was incredibly deep, especially with certain aspects of the war. Though the book was quite sad, it was very touching to see the relationships formed between some of the couples and how love could be found despite devastation and loss. Kate Hewitt has done an exceptional job with this book and it comes highly recommended. 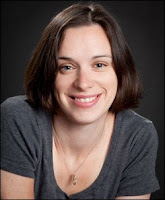 Kate Hewitt is the author of many romance and women’s fiction novels. A former New Yorker and now an American ex-pat, she lives in a small town on the Welsh border with her husband, five children, and their overly affectionate Golden Retriever. Whatever the genre, she enjoys telling stories that tackle real issues and touch people’s lives.