Review: Murder in the Morning 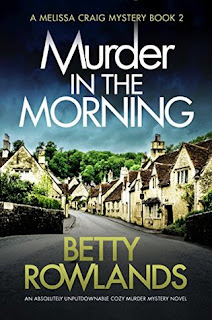 Perfect for lovers of COSY CRIME!

Melissa Craig is settling in nicely to a new teaching position in the quaint little village of Upper Bembury, getting to know her way around, drinking tea with the eccentric staff, even sewing the first seeds of romance…

But when she arrives one morning to find police outside her classroom, Melissa is shocked to hear that her beautiful colleague Angelica has been found dead in her home.

As everyone in Angelica’s life comes under suspicion, Melissa makes it her mission to go in search of the truth, not least because she’s romantically entangled with none other than the police’s prime suspect.

The discovery of a vandalised portrait of the murdered girl might be just the clue that Melissa needs to clear her lover’s name, but when a second body surfaces, she knows she needs to act quickly. Can Melissa uncover the ugly truth in this beautiful village before another innocent life is taken?

Do you love murder mysteries by Agatha Christie, P.D. James and Faith Martin? If so, make this puzzling and absolutely page-turning whodunnit your next read!

This book was previously published as Finishing Touch.

If you enjoy cozy mysteries set in a nice little village, before the age of cell phones and modern policing, then you may very well find Murder in the Morning to your liking. This story is the second in the Melissa Craig series. I enjoyed the first story, which allowed me to get to know the primary character, as well as a few others.

In this entry, Melissa is currently working on her next novel, but is also enjoying a new teaching job. She is happy where she moved a while ago and has found some good friends. However, a colleague has been murdered and Melissa gets involved - in more ways than one. There are several suspects immediately, yet Melissa develops a relationship with one of them, with a firm conviction that he could not possibly be the murderer.

Although cozy mysteries are generally easy reads, I did not find myself as engaged in this book as much as I was with the first one. It is not that there is anything wrong with story, it just plodded along. I did feel that Melissa was a bit reckless in trusting the primary suspect, but it was a relief when others cautioned her. The mystery itself is well done, especially as there are things about the victim that are revealed. I indeed was able to be surprised at the ending.

I will continue on in this series, because it is a nice break from some of the tough psychological thrillers that I read. As noted above, this is a reprint. I do look forward to the next release in this series. It can be read as a standalone, but I think if you want to know Melissa well, then reading the series in order might be beneficial.

Many thanks to Bookouture and to NetGalley for this ARC for review in exchange for my honest opinion.

Reviewer's note:  Murder in the Morning is the second in the Melissa Craig series. The link to the review for Murder at Hawthorn Cottage:

The next book in the series is Murder on the Clifftops, scheduled for release on October 15, 2018. 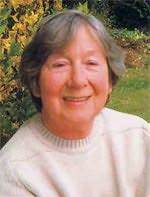 "For as long as I can remember I've had a compulsion to write; short stories that were rarely submitted and never published, odd jottings of poetry and prose that were shown to no one, stuffed away in drawers and eventually discarded. I once began keeping a diary, but whenever life became extra busy or especially interesting it was difficult to find the time and during the quieter periods nothing seemed worth recording. After my children had grown up I gained a certificate in further education and found myself teaching English to foreign business executives. It was then that I began to write a series of case studies for use as teaching material; these were eventually published in a series entitled 'Management English'. This seemed to rekindle the creative spark and I began writing short stories, some of which were published. The next step was a full-length novel, which brought me into contact with the agent who advised me to try my hand at a whodunit."