Review: The President is Missing 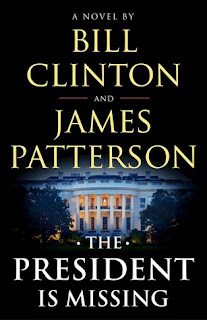 As the novel opens, a threat looms. Enemies are planning an attack of unprecedented scale on America. Uncertainty and fear grip Washington. There are whispers of cyberterror and espionage and a traitor in the cabinet. The President himself becomes a suspect, and then goes missing...

The President is Missing has been a read that I pretty much avoided for a very long time. In part, admittedly due to negative views towards Clinton. But, how I do love James Patterson, so this book stayed on my radar. Also, a reading group that I am involved with chose it as July’s read. I began it then, but put it aside. Late one night I decided to get back into it. I was about 40% done. I have been super busy with my blog and more than a few blog tours, but with a few days free on my schedule, why not finish it now? After just an hour or so of listening to it more, I realized that I should have taken the time to fit this in my schedule. The premise is described above, so there is no need of repeating it.

What really got me going in this book is the fact that it is a terrific political thriller. This story reminds me of one show in particular, Designated Survivor. In this book, there is tremendous pressure on so many levels, included murder, apparent corruption and espionage. We also have a president who has a strong past in combat and a powerful calculative brain. He uses his exceptional skills to search around his small army of trusted associates to strive and figure out the traitor. I thoroughly enjoyed listening to this book via Audible.  What an exciting, entertaining read. I love James Patterson and his collaboration novels. This book with Bill Clinton, with David Ellis as ghostwriter, was an excellent effort. I would be thrilled for another read by this team. There were several narrators and voices, truly making this a five-star read. 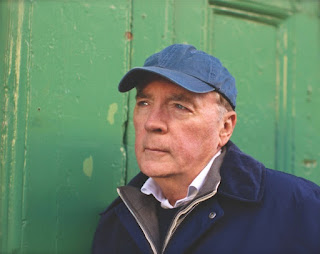 James Patterson has created more enduring fictional characters than any other novelist writing today with his Alex Cross, Michael Bennett, Women’s Murder Club, Private, NYPD Red, Daniel X, Maximum Ride, and Middle School series. As of January 2016, he has sold over 350 million books worldwide and currently holds the Guinness World Record for the most #1 New York Times bestsellers. In addition to writing the thriller novels for which he is best known, he also writes children’s, middle-grade, and young-adult fiction and is also the first author to have #1 new titles simultaneously on the New York Times adult and children’s bestseller lists.

The son of an insurance salesman and a schoolteacher, Patterson grew up in Newburgh, New York, and began casually writing at the age of nineteen. In 1969, he graduated from Manhattan College. He was given a full ride to Vanderbilt University’s graduate program in English but dropped out after a year, knowing that he wouldn’t be able to continue reading and writing for pleasure if he became a college professor.

Instead, he moved to New York to become a junior copywriter for the advertising agency J. Walter Thompson, eventually becoming CEO of its North American company.

In 1976, while still working for J. Walter Thompson, Patterson published his first novel, The Thomas Berryman Number, with Little, Brown and Company. After being turned down by thirty-one publishers, it won the Edgar Award for Best First Novel. Patterson’s 1993 novel, Along Came a Spider, his first novel to feature Alex Cross, was also his first New York Times bestseller in fiction.

In 2001, Morgan Freeman starred as Alex Cross in a film adaptation of Along Came a Spider, and Tyler Perry also played the character in the 2012 film Alex Cross. A film adaptation of Patterson’s middle-grade novel Middle School: The Worst Years of My Life was released in theaters in October 2016.

For his initiatives to help kids become passionate readers and for his philanthropic efforts, Patterson was awarded the National Book Foundation’s 2015 Literarian Award for Outstanding Service to the American Literary Community.

Patterson has recently donated over $26 million to his and his wife’s alma maters—the University of Wisconsin, Vanderbilt University, and Manhattan College—and he has established over four hundred Teacher Education Scholarships at twenty-four colleges and universities throughout the country. Patterson has also donated over 650,000 books to U.S. soldiers at home and overseas.

In May 2015, Patterson launched a new children’s book imprint at Little, Brown, called JIMMY Patterson, that is unwaveringly focused on one goal: turning kids into lifelong readers. This imprint also provides resources, strategies, and programs to serve teachers, parents, librarians, and booksellers. Patterson invests proceeds from the sales of JIMMY Patterson Books in pro-reading initiatives.

Patterson has also founded ReadKiddoRead.com, a website designed to help parents, teachers, and librarians ignite a new generation’s excitement for reading. Awarded the National Book Foundation’s Innovations in Reading Prize and the American Library Association’s Great Websites for Kids, the site features thoughtful book reviews from a variety of genres and age ranges, a large and lively Facebook community, and contributions from other authors.

Mr. Patterson’s awards for adult and children’s literature include the Edgar Award, the International Thriller of the Year Award, and the Children’s Choice Award for Author of the Year.

He lives in Palm Beach with his wife, Sue, and his son, Jack. 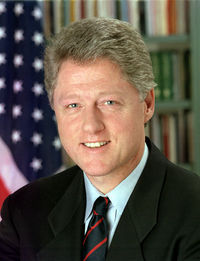 William Jefferson "Bill" Clinton (born William Jefferson Blythe III) was the forty-second President of the United States, serving from 1993 to 2001. He was the third-youngest president, older only than Theodore Roosevelt and John F. Kennedy. He became president at the end of the Cold War, and is known as the first baby boomer president, as he was born in the period after World War II. He is the husband of the junior United States Senator from the state of New York and a Democratic candidate in the 2008 US presidential election, Hillary Rodham Clinton.

Clinton was described as a New Democrat and was largely known for the Third Way philosophy of governance that came to epitomize his two terms as president. His policies, on issues such as the North American Free Trade Agreement, have been described as "centrist." Clinton presided over the longest period of peace-time economic expansion in American history, which included a balanced budget and a reported federal surplus. Clinton reported a surplus of $559 billion at the end of his presidency, based on Congressional accounting rules. His presidency was also quickly challenged. On the heels of a failed attempt at health care reform with a Democratic Congress, Republicans won control of the House of Representatives for the first time in 40 years. In his second term he was impeached by the U.S. House for perjury and obstruction of justice, but was subsequently acquitted by the United States Senate and completed his term. Polls of the American electorate taken at this time showed that up to 70% were against pursuing the allegations. (N Y Times December 21, 1998).

Clinton left office with a 65% approval rating, the highest end-of-presidency rating of any President who came into office after World War II. Since leaving office, Clinton has been involved in public speaking and humanitarian work. He created the William J. Clinton Foundation to promote and address international causes, such as treatment and prevention of HIV/AIDS and global warming. In 2004, he released a personal autobiography, My Life. 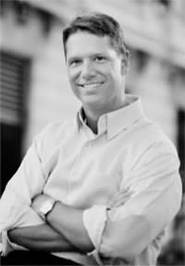 David Ellis is a lawyer and the Edgar Allan Poe Award winner for Best First Novel for Line of Vision. Ellis attended Northwestern Law School and began his legal career in private practice in Chicago in 1993. He served as the House Prosecutor who tried and convicted Illinois Governor Blagojevich in the Impeachment Trial before the Illinois Senate. He was elected to the Illinois Appellate Court in 2014 and took office December 1, 2014. Ellis currently lives outside Chicago with his wife and three children.