Today we are celebrating the release of JUST ONE KISS by Dayna Quince. It is the third book in the Desperate and Daring series! There are 10 titles in this series and one will release per week till November 6th! The series is being published by Jack's House Publishing.

Check out the buy links for the book below, and links to an excerpt for each upcoming title.

Love at first sight may not survive a second glance… Love at first sight is a silly myth in the opinion of Lady Hazel Darling. Yet when she meets Garrett, Earl of Bainbridge, he’s so unlike any other gentleman she’s ever known, she can’t deny her curiosity. There is more to him than his reserved exterior, and she wants to be the one to discover what lies beneath his cool facade.

Garrett enjoys Society from a distance, but when introduced to Lady Hazel, he develops a taste for conversation and dancing. As long as he’s dancing only with her. An orphan raised by his only aunt, Garrett struggles to relate to his peers. Hazel is the first woman he’s felt a connection to deeper than mere attraction. His lonely heart calls for her like no other.

Against his aunt’s wishes, he proposes to Hazel. But once Hazel arrives at Bainbridge Estate, trouble begins. Despite his enormous responsibilities around the estate, Garrett shirks his duties to spend more time with her. But the closer she and Garrett become, the more his aunt seeks to sabotage them. Their marriage seems doomed before it even truly begins. Hazel and Garrett must fight to turn their spark of attraction into an inferno of love…or else abandon the fantasy of happiness they once both shared

Add JUST ONE KISS to Goodreads 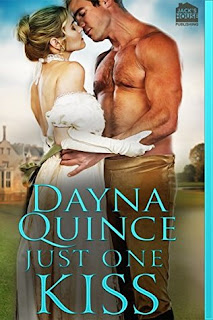 
Lady Hazel's twin Annabelle has just gotten married. As Hazel fondly looks out the window at her departure, she is approached by Lord Bainbridge, Garrett, who cannot stop staring at her. He wants one thing: just one kiss. Garrett takes that kiss and Hazel's life is forever changed. What was so special about the soft press of their lips? Evidently, it was something quite special, because, before short order, Garrett asks for Hazel's hand in marriage.

Unlike most historical romances that I have read, the marriage occurs immediately, then the courtship. Neither Garrett nor Hazel married for love. So, the question is whether or not the powerful attraction that they share will be enough to sustain the foundation they need for the rest of their lives.

As Hazel and Garrett attempt to discover what could be a wonderful future together, there is a huge hiccup. That hiccup is Garrett's aunt. She raised him, and, as we discover, refuses to let him go - even to his new wife. especially to his new wife. She is overbearing, condescending and controlling. For every stop that Garrett and Hazel make forward, she deigns to take them backwards. Will Garrett recognize the true disaster that could possibly result due to his aunt's actions?

I found Just One Kiss to be a remarkable story. It was a wonderful love story when it focused on the growing relationship between Garrett and Hazel. However, it also was a story of angst as Garrett finds himself pulled between what are the most two important people in his life. Kudos to the author for writing such a well-balanced story. While Just One Kiss was a very quick read, it was extremely interesting. How could you not vote for an enduring love to be shared for such a deserving couple? These romances by Dayna Quince are a true delight. Each story is well-written, complete in and of itself, while at the same time leaving me eager to read the next book in the series.

Many thanks to Jack's House Publishing and to Inkslinger PR for this ARC to review in exchange for my honest opinion.

Check out the rest of the series (each book releases 1 week apart!) 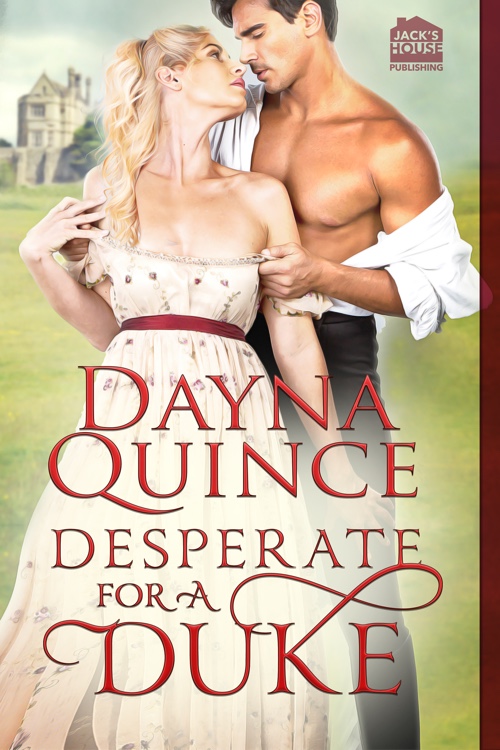 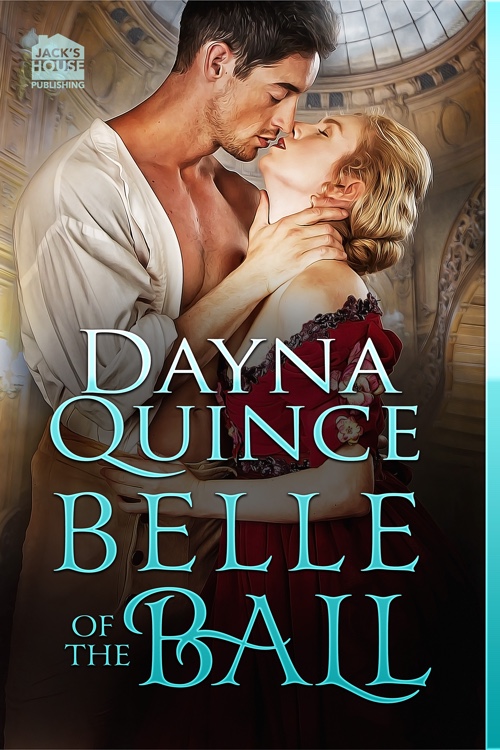 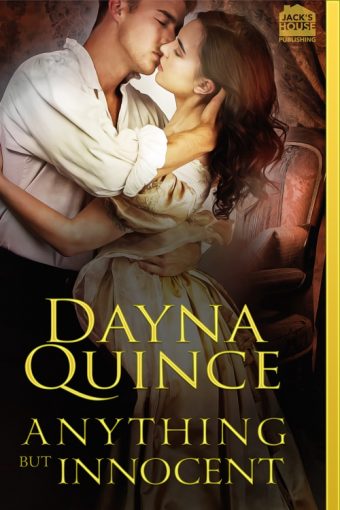 ANYTHING BUT INNOCENT (Desperate and Daring #4)
Coming September 25 - Check out the buy links and an excerpt from the book! 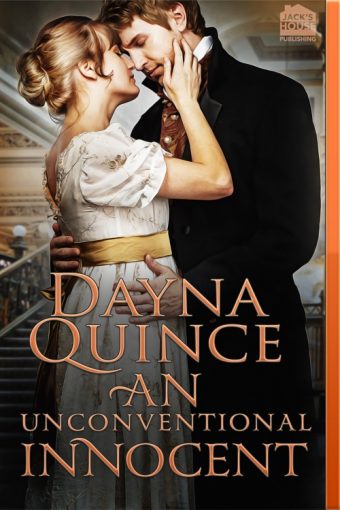 AN UNCONVENTIONAL INNOCENT (Desperate and Daring, #5)

Coming October 2 - Check out the buy links and an excerpt from the book! 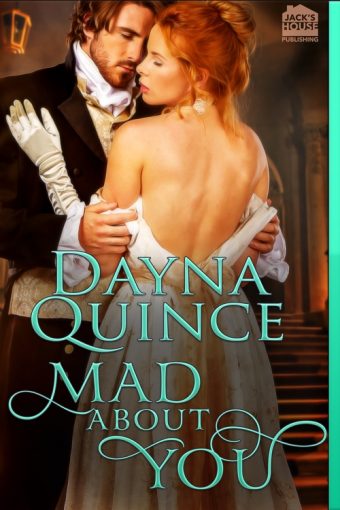 MAD ABOUT YOU (Desperate and Daring, #6)

Coming October 9 - Check out the buy links and an excerpt from the book! 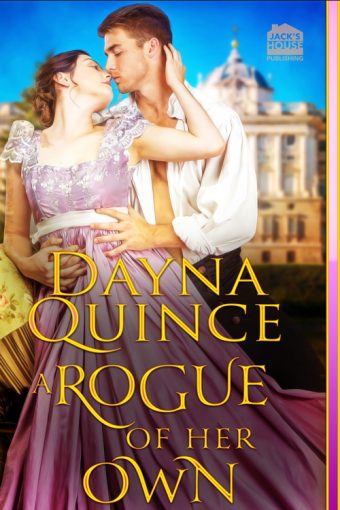 A ROGUE OF HER OWN (Desperate and Daring, #7)

Coming October 16 - Check out the buy links and an excerpt from the book! 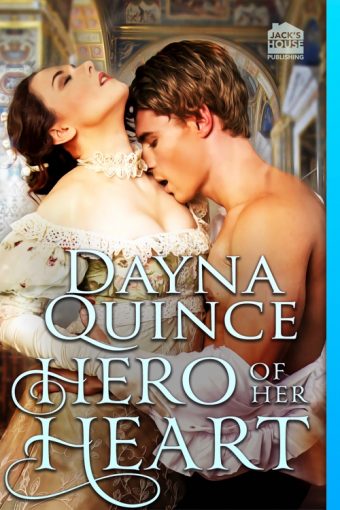 HERO OF HER HEART (Desperate and Daring, #8)

Coming October 23 - Check out the buy links and an excerpt from the book! 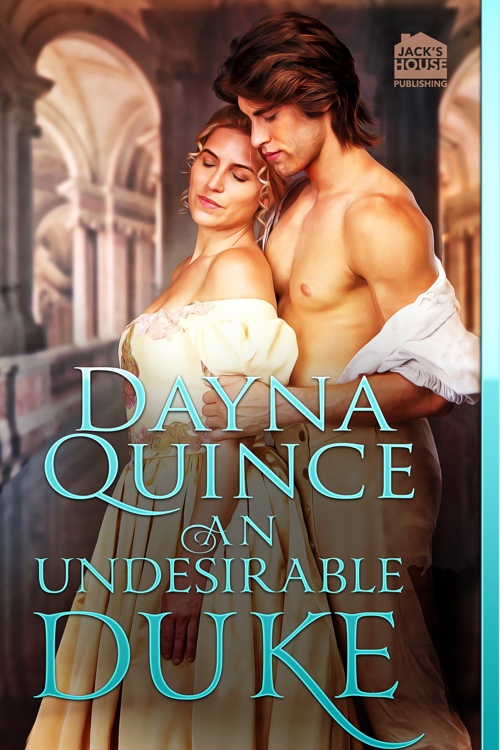 AN UNDESIRABLE DUKE (Desperate and Daring, #9)

Coming October 30 - Check out the buy links and an excerpt from the book! 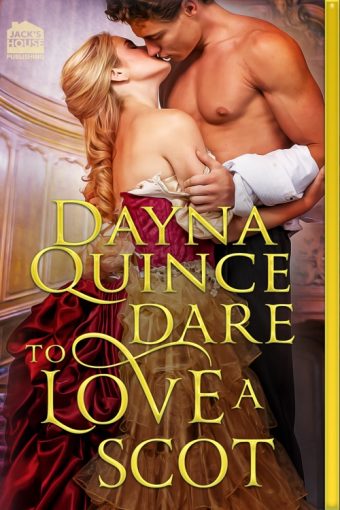 DARE TO LOVE A SCOT (Desperate and Daring, #10)

Coming November 6 - Check out the buy links and an excerpt from the book! 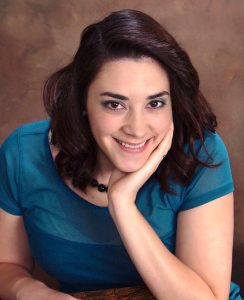 Dayna Quince was only fourteen when she developed a serious addiction to romance novels. What began as an innocent desire to read became an all-out obsession with the romance genre. She gave book reports on romance novels, got in trouble for reading during lectures, and would rather spend her time reading than attending high school parties.

After all, high school boys could not compete with the likes of Stephanie Laurens Devil Cynster. After getting her first job, her addiction only got worse. She now had her own money to spend and a car to get to Barnes and Noble as frequently as she wanted. She managed to maintain a somewhat normal life, marrying her high school boyfriend who was aware he was competing with fictional men for her attention.

Dayna soon began writing her own romance novels, inspired by her love for all things romance. Dayna and her husband live in Southern California with their two children and three fur babies. Dayna is happiest at home where she can be with her family and write to her heart’s content. For more information about Dayna, please visit her website, “like” Dayna on Facebook and follow her on Twitter or Instagram. Sign up for Dayna’s newsletter to be notified about upcoming releases. She loves hearing from her readers. Email her directly at daynaquince@gmail.com. Look for Dayna’s Jack’s House releases from the Desperate and Daring Series.