Discover a crime thriller full of shocking twists by one of the most exciting new authors you’ll read this year.

A MAN IS SHOT DEAD IN THE STREET. BUT WHAT THE POLICE FIND NEARBY IS FAR WORSE.

An elderly African man is found dead in the street, shot through the head. The killing has the hallmark of a professional assassin. Dumped in a waste bin next to the dead man is the dismembered torso of a child.

They must hunt down a ruthless killer with connections that go far beyond anything they’ve ever come across before.

Within days they know who committed the murders and why, but are left reeling when they are ordered by the government to release the child’s killers.

FINDING THE KILLERS WASN’T THE HARD PART. BRINGING THEM TO JUSTICE IS.

This is the second in a series of action-packed, edge-of-your-seat crime thrillers, with an ending that will have your heart in your mouth.

TWO DETECTIVES WHO HATE EVERYTHING ABOUT EACH OTHER MUST WORK TOGETHER.

Detective Superintendent Ray Paterson is a young and (thanks to family money) wealthy womaniser, separated from his model wife and tipped to be the youngest ever commissioner of police. He knows he’s weak when it comes to practical policing and struggles to find a place among his peers, desperate to be a good policeman and not just a 'climber'.

Detective Inspector Johnny Clocks is a foul-mouthed, working-class officer. He grew up surrounded by rogues and villains to become a first-class thief taker with the Met police. However, his childish attitude has short-circuited his career and he spends his days antagonising as many people as he can.

Bermondsey is an area of London nestled on the banks of the River Thames. It once had a reputation for housing more armed robbers, murderers and career criminals than anywhere else in the country. Now one of the most upmarket places to live and work in London, it has all but severed itself from its working-class roots. Home to the iconic Tower Bridge and crammed with expensive apartments, art galleries, fancy restaurants and famous residents. But for the police, those who truly know, Bermondsey never lost its roots . . . or its reputation. 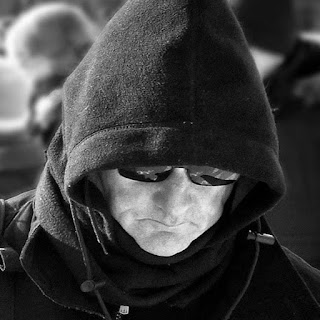 Steve Parker is a retired police officer who served for 20 years in numerous high-profiles squads.

I was born and raised in South East London (Peckham to be precise - cushty, my son). At the ripe old age of twenty-one, I joined the Metropolitan Police where I served for twenty years before I was pensioned out with a serious back injury. I then went to work as an enforcement officer for a local authority before taking redundancy.

Thankfully, I've been blessed with a complete lack of DIY skills so was legitimately able to get away with swanning around the house doing bugger all, all day long. Finding myself with plenty of spare time and a deep desire to never work for anyone again, I gave myself permission to go back to writing (I'd been writing on and off for years).

When I'm not writing, I'm out taking photographs, something I've done since I was a nipper and will do until the day I shuffle off this mortal coil.

I live down in the windier part of East Sussex near the sea with my long-suffering wife and my 'off-her-nut' cockerpoo. I have two sons of whom I am so proud, I cannot begin to tell you.