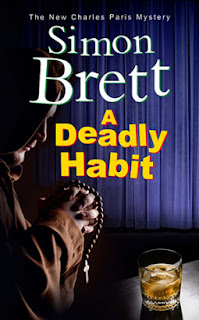 Rehearsals in a new West End play are disrupted by sudden, violent death in the intriguing new Charles Paris mystery

Having landed a small part in a new West End play, The Habit of Faith, Charles Paris is dismayed to discover that his good fortune has been orchestrated by his bête noire, the now-famous screen actor Justin Grover. But why has Grover become involved in this relatively obscure production – and why has he roped in Charles to star?

From the outset the production is fraught with difficulties — and matters become even more complicated when a body is discovered at the foot of the dressing room stairs. Did they fall – or were they pushed? As one of the last people to have seen the victim alive, Charles Paris is drawn into the ensuing investigation – and discovers that more than one person involved in the play has a scandalous secret to hide …


Get your copy here

Charles Paris is an actor who hasn't worked in several months. He is rather surprised to find himself set for a role in a play that he didn't even have to audition for. While he is quite pleased to be working again, he is working on something else, a possible reconciliation with his wife.

I didn't enjoy this story as much as I thought I would, but that is simply because I jumped in so late in the series, so I will give this book four stars. I do so enjoy this type of story because when the average person takes on the task of solving crimes such as murder it is always quite engaging. Another factor in making this story work is indeed the imperfect portrayal of the character of Charles. He is far from perfect, fighting alcoholism and is also striving to reconcile with his wife of many, many years. I love an imperfect character. I like the realism this displays, rather endearing such a character to me. I most certainly look forward to future books in this series.

Many thanks to Severn House Publishing and to NetGalley for this ARC to review in exchange for my honest opinion.

Reviewer's note:  A Deadly Habit is the 20th book in the Charles Paris series, which began in 1975. A good research source for me is a website called Fantastic Fiction. This is an invaluable resource where you can find individual lists and links of just about any author and series out there. Simon Brett has another series still in production, Fethering. He is also the author of several standalone novels, anthologies and plays, as well as nonfiction. 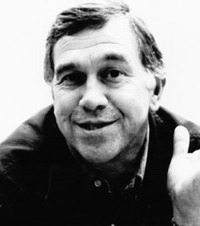 Goodreads:  Simon Brett is a prolific British writer of whodunnits.

He is the son of a Chartered Surveyor and was educated at Dulwich College and Wadham College, Oxford, where he got a first class honours degree in English.

He then joined the BBC as a trainee and worked for BBC Radio and London Weekend Television, where his work included 'Hitch-Hiker's Guide to the Galaxy' and 'Frank Muir Goes Into ...'.

After his spells with the media he began devoting most of his time to writing from the late 1970s and is well known for his various series of crime novels.

He is married with three children and lives in Burpham, near Arundel, West Sussex, England. He is the current president of the Detection Club.