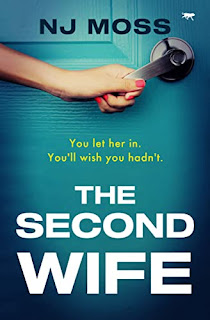 Title:  The Second Wife
Author:  N. J. Moss
Publisher:  Boldwood Books
Genre:   Psychological Thriller
Format:  Kindle ARC
No. of Pages:   270
Date of Publication:  October 12, 2022
My Rating:   2 Stars
DESCRIPTION:
The honeymoon is over—and his nightmare has begun—in this twisted thriller by the author of The Husband Trap . . .
After his wife’s suicide, Scott manages to find love again with Casey. For their first anniversary, she has a surprise for him—but it’s not a good one . . .
Casey has been collecting photos and videos of Scott that would place his teaching career in serious jeopardy. Holding that over his head, she intends to make him suffer. As the torment escalates, Scott desperately tries to uncover why Casey is doing this and find a way out of his nightmare.
But can he outwit his vicious wife before she makes herself a widow?
Link to purchase the book
MY THOUGHTS:
With quick chapters, this tense read by N. J. Moss pits newlyweds Casey and Scott against each other. It is their first anniversary, and Scott is really looking forward to celebrating his marriage with his second wife. Tragically, Scott lost his first wife to suicide, and still can't believe how fortunate he was to find love again. However, that anniversary night when he arrives home changes everything...
Casey is not prepared to celebrate. In fact, she has an entirely different agenda. She has laid out a very detailed blackmail scheme of sorts that has the ultimate intention on ruining Scott's life. Scott's job. And their marriage. What she tells Scott shocks him to his very core. In fact, when she looks at him with sheer hatred in her eyes, Scott is confused beyond belief.
While Casey proved to be one the most vile characters I have read in a long time, Scott had absolutely no backbone. In fact, a perfect metaphor for Scott’s character would be buying a discount doormat from Walmart that you need, but you really don’t like. All it is good for would be to wipe your feet on that mat every chance you get. He exemplified that doormat to the nth degree.
While the intensity of this book often shocked and sickened me, N. J. Moss did keep me on my tenterhooks. Although I cringed most the way through, I was intrigued enough to want to see what the end result for Scott and Casey would be. The book did feel triggering to me at times, making me want to put it down for good, but I did power through. In fact, this is where an occurrence of animal abuse I feel must be mentioned in this review. It is off screen, so to speak, but disturbing enough to me that I feel compelled to mention it. If you like tense drama, shocking twists, cruel protagonists who will go to any extreme, then The Second Wife just might be the book for you.
Many thanks to Boldwood Books for this ARC for review. This is my honest opinion.
ABOUT THE AUTHOR: 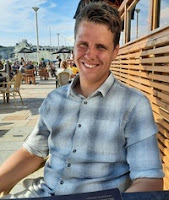 NJ Moss worked as a fiction ghostwriter for ten years before he turned his skills to his own work. His latest novel is The Husband Trap.
When he is not working on his next thriller, you can normally find him walking his dogs (Loki and Gizmo, a Jack Russell terrier and a Chihuahua), rollerblading up and down the promenade of Weston-super-Mare, or spending time with his lovely wife.
twitter