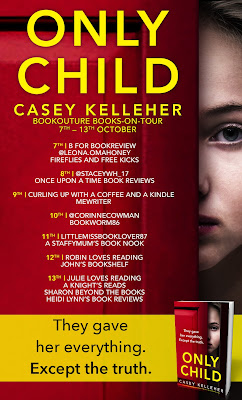 DESCRIPTION:
The police are here. The feeling of pure dread swirls in my stomach as a million scenarios start playing out in my head. My whole life I’ve expected something bad to happen to my daughter. It is as if part of me has been expecting it. As if I deserve it.

Fifteen-year-old Kayla is the apple of her parents’ eyes, their beautiful only daughter. They tried for so long to have her that she was even more precious when she arrived. But deep down, her mother Sherrie has always been terrified that their worst fear would come true: that Kayla would be taken from them.

Then one day – just as Sherrie had dreaded – Kayla fails to return home after a sleepover. In desperation, Sherrie and her husband Richard call Kayla’s friends. They scour the streets, their search becoming more and more frantic. Until the police arrive and deliver the shocking news, when their worst nightmare comes true: someone has their daughter.

As Sherrie and Richard grill friends, family, and even each other, Sherrie starts to wonder, has the secret they’ve been hiding all these years finally caught up with them?

Because Sherrie and Richard are living a lie. A lie so huge, so shocking, that it could destroy the one thing they hold most dear – their daughter.

And if the truth comes out, their family will never be the same. But if it doesn’t, they will never see their precious girl again…

A totally unputdownable psychological thriller that will have you gasping out loud until the very last page. If you love Lisa Jewell, K.L. Slater and T.M. Logan, you’ll be obsessed with Only Child. 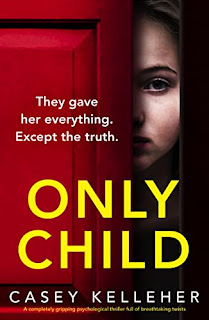 Title:   Only Child
Author:  Casey Kelleher
Publisher:  Bookouture
Genre:   Psychological Thriller
Format:  Kindle ARC
No. of Pages:   319
Date of Publication:   October 7, 2022
My Rating:   5 Stars
Sherrie and Richard have been blessed with a child. Their only child. Her name is Kayla and Sherrie will move heaven and earth to protect Kayla. If this means being incredibly overprotective, so be it. In fact, Kayla was promised that she could go on a trip with her friends, but her passport was conveniently "lost". That is just an example as to how far Sherrie will go to keep her little girl from growing up. Sadly, one day Kayla goes to a party, never to return home. Sherrie and Richard are beside themselves.
There is a parallel story in this thrilling read by Casey Kelleher. We also have Tessa. One day Tessa is shopping and she spies a man in the grocery store. She begins to panic and is suddenly flooded with memories. The memories go to a very difficult time years ago, and she is certain that the man she just saw had a huge role in her disturbing past. It doesn't take Tessa long to begin falling apart, and this truly worries her partner. Sherrie wants answers, even if searching for those answers works out to her detriment.
How does Tessa's story connect with that of Kayla and her family? That is what readers will discover with Only Child. In this fast-paced story, Sherrie is in a true panic as she is praying Kayla will be found, all while Tessa's past is flooding her present, creating her own brand of panic. What is the secret that binds all of them?
What an exciting story by Casey Kelleher. While the characters had things to hide, the reveals kept on coming, creating tension so thick you could cut it with a knife! Sherrie's sadness was palpable and Tessa's anxiety was just as real. As this book progressed at breaknet speed, it reached a stunning crescendo, making this an exciting one-sitting read.
Many thanks to Bookouture and to NetGalley for this ARC for review. This is my honest opinion. 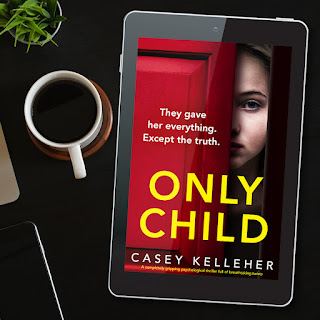 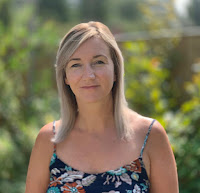 Casey Kelleher was born in Cuckfield, West Sussex, and she grew up as an avid reader.

Whilst working as a beauty therapist and bringing up their three children together with my husband, she penned her debut novel Rotten to the Core. Its success meant that Casey could give up her day job and concentrate on writing full time.

If you click the yellow 'follow' button, Amazon will send you an email when she has a new release, or if there's a special deal you might be interested in. It's the best way to make sure you never miss a book! Casey loves connecting with her readers, and there are plenty of ways you can get in touch: