BLOG TOUR - Under a Brighter Sky 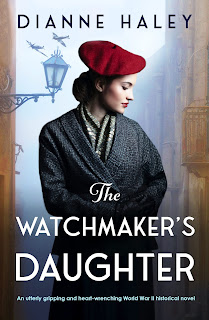 Title:   The Watchmaker’s Daughter
Author:  Dianne Haley
Series:  The Resistance Girl #1
Publisher:  Bookouture
Genre:   Historical Fiction
Format:  Kindle
No. of Pages:   291
Date of Publication:   April 25, 2022
My Rating:   5 Stars
DESCRIPTION:
Hiding the worn piece of paper among her father’s watch deliveries, her eyes fill with tears at the memory of her brave friend walking towards the Nazi soldiers, and the sharp sound of gun fire. Her friend sacrificed herself so that she could deliver this message. But if she hands it over, the love of her life will die…

1942, Geneva: As her radio crackles with heart-breaking news from occupied France, Valérie Hallez gazes towards the snow-covered Alps after a long day helping her father, a local watchmaker. With a Nazi invasion looming, she is sick with worry for the future of her country, and for Philippe, her childhood sweetheart with soft brown eyes. Valérie might not be able to join the army like him, but she is determined to play her part in the fight against evil…

In defiance of her father, Valérie helps the French Resistance by smuggling messages among her father’s watch deliveries. And when darkness falls, she risks everything to hide Jewish refugee children in his old workshop. Philippe fears for her safety, as her work for the Resistance could come with a heavy price. But nothing will stop her delivering vital information and getting terrified children to safety before they are sent back to the Nazis.

But when Valérie is entrusted with an urgent letter for the Allies, she finds herself in an impossible position. The information it contains could alter the course of the war. But if she hands over the message now, it will cost Philippe his life. With Nazi spies closing in on her, Valérie must act now… But can she really trust the man she loves, and will she find a way to save both him and her country before it’s too late
Buy Link:  https://amzn.to/3W2ZN0e
MY THOUGHTS:
In this incredible debut novel by Dianne Haley, we meet the incredibly strong Valérie as she uses deliveries on her bicycle for her fathers watch making business to smuggle secrets in the role that she finds herself playing in the Resistance. While Valérie places herself in danger time and again, she is desperately missing her sweetheart Philippe. They both are playing dangerous roles in this devastating war and it is unlikely that they’ll ever be reunited.
Under the guise of her father’s watchmaking business, Valérie places herself in danger time and again, especially helping young Jewish children by having them in her fathers workshop. She does whatever she can to get these children to safety even when Phillipe warns her of the dangers involved.
In this compelling read the level of danger never drops, the level of fear never lets up, all while Valérie’s strength shines through again and again. While it is abundantly clear that she will have a difficult time, she showed that she would take any measures she could to help as many people as she could. I was so glad to have read this first book in this series and was very pleased to be able to go right into book number two to see what else what other dangers faced Valérie and whether or not she would ever be reunited with Phillipe. 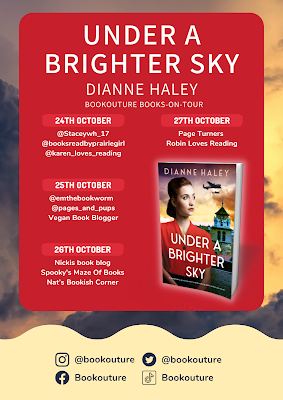 DESCRIPTION:
1943, Nazi-occupied France. Clinging to her little girl’s hand, a young woman runs through the forest and stumbles in the dark. Behind her there are angry shouts in German and shots ringing through the pine trees. Her heart in her mouth, she prays desperately that her husband and son are safe, and that they will see each other again…
As the mountains come alive with bright alpine flowers, Jewish families flee into Switzerland from Nazi-occupied France. Young Resistance fighter Valérie Hallez has hidden Pierre and his little son in the dusty attic of her mother’s bookshop. At night, by flickering candlelight, Pierre tells Valérie of his fear that his precious wife and daughter have been captured. And as they both look to more hopeful days ahead, Valérie writes letters to her soldier fiancé Philippe, dreaming of the day when they can be safely reunited.
With the police going door to door hunting refugees, Pierre and his son must go further into Switzerland before they are caught. But Pierre will not leave without his wife and daughter, and nobody in the Resistance knows what has happened to them. Desperate to reunite the family, Valérie puts herself in more and more danger. But when Philippe discovers that the Germans have her listed as a key Resistance fighter, he begs her not to go back to the border. If she does, he might never see her again.
Valérie knows the Nazis will kill her if they find her, but she cannot bear to abandon the mother and child. Breaking her promise to Philippe, she crosses over into France to look for them. But one of Valérie’s friends in the Resistance is betraying secrets to the Nazis, and her life is in terrible danger. When Philippe hurries to save her life, will they both survive? And will Valérie’s efforts to reunite the family be in vain?
A completely unputdownable and heart-wrenching novel about a woman who risks everything to reunite a family torn apart by war. Fans of The Alice Network, The Nightingale and We Were the Lucky Ones will be swept away by Under a Brighter Sky. 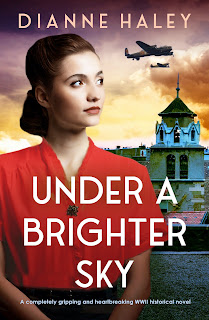 Title:   Under a Brighter Sky
Author:  Dianne Haley
Series:  The Resistance Girl #2
Publisher:  Bookouture
Genre:   Historical Fiction
Format:  Kindle ARC
No. of Pages:   265
Date of Publication:   October 24, 2022
My Rating:   5 Stars
Valérie‘s story continues in this impressive second book by Dianne Haley. Valérie has already proved her strength and doing what she can to fight against the Resistance. Valérie now finds herself struggling to keep a father and his son safe in Nazi-occupied France. She has a plan that will get them safely to Switzerland. However, the father, Pierre, refuses to leave without his wife and daughter. Valérie does what she can to keep the pair safe all while trying to locate the rest of his family.
Meanwhile, Valérie continues with letters to her fiancé Philippe, hoping against hope that they can also be reunited and this gives her further drive to continue to help Pierre and his son. She has faced danger time and again playing whatever role she can when it comes to resisting against the Germans, but her new endeavor just might cost her everything. In fact, her identity is threatened to be revealed to the Germans. Will Valérie and Philippe ever be reunited or will she find herself captured with the eventual loss of her life?
Despite the danger, Valérie makes every endeavor to locate Pierre’s family. This heart-wrenching read by Dianne Haley was incredibly tense. Spying against the Germans was dangerous in and of itself, and watching Valérie’s activities between the French and Swiss borders pretty much had me biting my nails. The fact that there just may be a traitor in their midst only increased the danger and devastating nature of this compelling book. The Watchmaker’s Daughter and Under a Brighter Sky are both amazing books in the Resistance Girl trilogy with the third book set for release in April, A Light to Guide Us Home.
Many thanks to Bookouture and to NetGalley for this ARC for review. This is my honest opinion.
Please enjoy my YouTube video review - 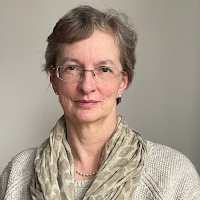 Originally from the north of Scotland, Dianne now lives with her husband in Edinburgh and has two grown-up children. After a thirty-year business career in London and Edinburgh when Dianne wrote between projects, she is now writing full-time.

Dianne and her family have been visiting the area round Lake Geneva since 1992 and love the Alps in all seasons. The inspiration for her series set in WW2 Switzerland came from a drive through Geneva’s old town on a rainy October evening, the cobbled lanes a perfect setting for secrets and hiding places.