Review - Then She Was Gone 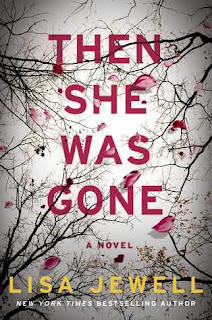 THEN
She was fifteen, her mother's golden girl. She had her whole life ahead of her. And then, in the blink of an eye, Ellie was gone.

NOW
It’s been ten years since Ellie disappeared, but Laurel has never given up hope of finding her daughter.

And then one day a charming and charismatic stranger called Floyd walks into a café and sweeps Laurel off her feet.

Before too long she’s staying the night at this house and being introduced to his nine year old daughter.

Poppy is precocious and pretty - and meeting her completely takes Laurel's breath away.

Because Poppy is the spitting image of Ellie when she was that age. And now all those unanswered questions that have haunted Laurel come flooding back.

What happened to Ellie? Where did she go?

Who still has secrets to hide?

When Lisa Jewell pens a story, she doesn't miss a punch. This certainly proves to be the case with Then She Was Gone.

It has been ten years when Ellie, then fifteen, disappeared. Her mother, Laurel, has had a difficult time dealing with it, although she has another daughter and a son. Laurel is surprised when a nice man, named Floyd, approaches her and they eventually start dating. It just might be that Laurel can begin life anew.

When she meets his daughter, however, it is Ellie's face that she sees. She is beside herself with shock, although she does try to hide it. Shaking it off, her relationship with Floyd grows.

Page after page the story unwinds in chilling fashion. Not only do we have Laurel's point of view, but we have Floyd's Ellie's and that of the psychopath behind Ellie's disappearance.

For the sake of not spoiling the book with this review, I do not think there is much more I can say than to warn the reader to grab ahold of their chair when the hard-hitting, emotionally packed conclusion arrives.