Today is my stop on the Blog Tour for the 18th book in the Detective Hillary Greene series by Faith Martin, Hillary's Back!

ONE OF THE WORLD’S FAVOURITE DETECTIVES RETURNS.

A BRAND NEW MYSTERY IN THE MILLION-SELLING SERIES.

DETECTIVE HILLARY GREENE IS BACK!

Eighteen months after Hillary suffered a personal tragedy, she is throwing herself into her work to try to get over it.

The first cold case he works on is the murder of Andrew Feeley.

In 2012, this twenty-one-year-old was found dead in the woods near his home, killed by a single stab wound to the chest from his own knife.

Andrew was extremely unpopular. He was a drug dealer, pimp and bully. His stepdad was one of the main suspects, as they hated each other and often came to blows. Other suspects include Toby Truman and his mother Debbie. Andrew was responsible for getting Toby hooked on drugs.

Given Andrew’s criminal background, his murder is thought to be drug-related.

But Hillary’s not buying it — she knows it’s personal. And a search of the Feeleys’ garden turns up some chilling evidence.

HILLARY GREENE RETURNS TO ONE OF HER TOUGHEST CASES YET.

This is a crime mystery full of well-observed characters, which will have you gripped from start. 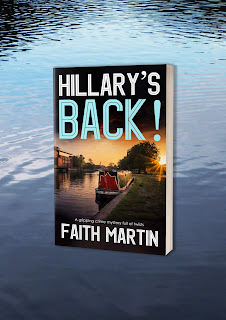 An attractive, single woman just over fifty, Hillary Greene was a police officer of many years’ experience (earning the rank of DI) and came up through the ranks. Consequently, she knew how the system worked, and was always fiercely loyal to the force without being blinkered to its faults. Forced to retire early through no fault of her own, she has now returned to the force as a civilian consultant on cold cases. 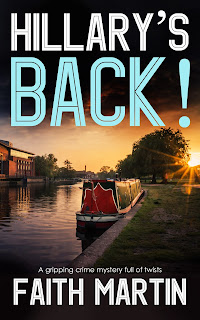 It is now eighteen months later, and Hillary is hard at work after suffering a devastating personal tragedy. Finding a good, but difficult, cold case in her role as civilian consultant in the Crime Review Team just might be enough of a distraction for now.

Her team has shrunk. She has a new boss, and the other members of her old team are no longer there. She is now working with Claire, another former detective, and a new guy, former solder Gareth Proctor. Unlike Hillary and Claire, police work is new to Gareth. He has suffered scarring wounds while in the military, but is hoping this new job will work for him.

Hillary is handed the cold case of the murder of Andrew Feeley. Andrew was a drug dealer, a pimp and a violent man - although only twenty-one years old at the time of his death. His body was found in the woods, dead from a stab wound to the chest. Hillary and her team know that finding his killer will not be easy as he was not well-liked.

Nonetheless, they go forward, and start interviewing people, including his mother, ex-girlfriend and others. Before long, Hillary realizes that just about everyone that they interviewed had a reason to kill Andrew, and thus the suspect list is long. Hillary, however, can read between the lines as no one else can. It is always said of Hillary that she had a solve rate of second to none. So, despite the fact that just about anyone interviewed could be the killer, Hillary's sixth sense is quite sharp.

I loved this book by Faith Martin for more than one reason. For one thing, Hillary's Back! That is plenty enough for me as I was able to read several prior books in this series and I just love the intrepid detective. Also, the book is fast-moving, with good background information - on Hillary and her team - but also on the suspects in Andrews death. I love Faith Martin and enjoy every book that I read from her, and this book definitely ranks high on my list. I truly hope that this is a new wave for Hillary and that she will be back yet again.

Many thanks to Joffe Books, Books 'n' All Promotions and to NetGalley for this ARC for review. 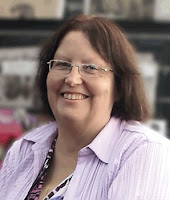