Review - Hot to the Touch 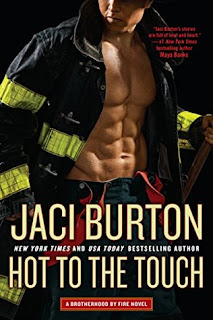 Love burns white-hot in this first scorching romance in an all-new trilogy about a family of firefighters from the New York Times bestselling author of the Play-by-Play novels and the Hope series.

Firefighter Jackson Donovan doesn't look back—as a rule. So when his past comes roaring back to life in the form of not-so-damsel-in-distress Becks Benning, the last thing he wants to do is relive old times. No matter how tempting she makes it seem...

Now thanks to his two interfering brothers, Becks is living with them while she looks for a new place and tries to pick up the pieces of her tattoo business that went up in flames. Which means a grown up, smokin' hot Becks is in his house, sharing meals, and digging up old wounds. And despite his better judgement, the more time he spends with this smart, artistic, incredible woman the more he wants her in his bed—and his future.

Becks always had it bad for Jackson. Unfortunately for her, not much has changed—he's still honorable, hard-working, sexy as sin—and closed off. But there's more than one way to get to a man's heart and if Jackson doesn't want to recall old memories, she'll just have to help him make new ones. Because now that she's found Jackson again, she's not letting him go.

A hot firefighter, yeah count me in. When Jackson Donovan and his brothers, Rafe and Kal, rescued Becks Benning from a burning building. She lost everything - her home and her tattoo business. Thing is, they recognize one another. They were once in the same foster home. Out of compassion, loyalty and shared memories, they invite her to stay with them until she can start over.

Rafe and Kal treat Becks with respect and kindness. On the other hand, Jackson treats her rather harshly. Fine, Becks thinks. She just wants to get back on her feet, but meanwhile, she proves she is no slouch as a roommate. So, why is Jackson treating her the way he does.

Becks has never forgotten Jackson and cannot believe that they were brought back together by the fire. Sharing their past memories just might be the way to get to know him again. But, Jackson is having none of it. To him, the past is best left buried and that is that. Becks is determined to reach him. Can she succeed and can this couple find a sweet future together?

Hot to the Touch is wonderful as the first book in a new trilogy. Jaci Burton has no problem creating a sexy and thrilling story. I love how she brings in both passion and emotion to all the couples she writes. I loved Becks and Jackson's story and I was glad to go right to the next book in the series, Ignite on Contact, and read Rafe's story. Now, I am eager for Kal to get his.

Years past I have read over thirty of Ms. Burton's books. It was a real treat to get back into her books with this series, and I hope as time goes on to get into the backlist titles I have missed. 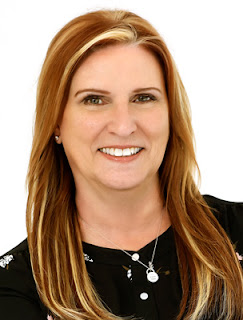 I'd like to say I always wanted to be a writer, but that's not the case. First I wanted to be a teacher. When I was a kid I used to play school in my friend's basement. She had actual school desks—and index cards. I'm a list maker, so those index cards rocked my world. Then later on, I wanted to be a nurse. My other friend had a stethoscope and a medical book. I had a thing for props, okay?

But during my early teen years my cousin and I—back in the day before the internet—would exchange scripts we'd written of a popular TV show. No, I won't tell you which TV show because then you'd know how old I really am. But it was a western with two gorgeous cowboy heroes and we were each in love with one of the main characters. I'd say that was my first foray into writing, and it got me hooked.

As an adult, marriage, work and raising two sons took priority. And while I fell madly in love with reading romance, there wasn't much time to write it. It's amazing how much corporate life, soccer games, high school musicals, dinner and laundry can suck out of the average day. But I would occasionally dabble in writing, then put it aside when I got busy. Unfortunately, I was always busy.

Eventually my kids grew up and I was on my second marriage when Biker Dude (what I call my husband because of his love for his Harley Davidson) found out I used to dabble in writing and encouraged me to try again. So I did.

I sat down and wrote a romance novel, start to finish. I was so proud of it, but I didn't sell that romance. Not right away, anyway. I didn't sell the one after that, either. Or the one after that. Suffice it to say I wasn't an overnight success. But eventually I did sell a book, then another, and then another. I have an exceptionally smart agent and write for amazing editors. I'm a USA Today and New York Times bestselling author, and I have you wonderful readers to thank for that.

This has been a dream come true for me, one I wanted for so many years. Writing is my full time career and something I love so much. I can't imagine a day that isn't filled with hot, sexy heroes who save the day, strong, capable heroines who don't need a man to save them, and the happily ever afters in every book.

Sometimes I even write about teachers and nurses. And hot cowboys.

I live in northeast Oklahoma with Biker Dude and our wonderful, crazy dogs. Between us we have three kids who are all grown up and living out in the wild. When I'm not writing I can usually be found in the garden, coaxing the tomatoes to grow, heading out to our local casino trying to become a millionaire (so far, no luck there), or riding on the back of Biker Dude's Harley. And when I want to relax I read other authors' masterpieces or I'm parked in front of the television watching sports, reality TV or crime shows. And maybe a drama or a comedy. Okay, I really watch way too much television.