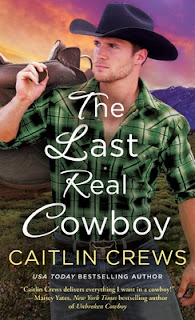 In Cold River, sometimes forbidden love is the sweetest of them all...
Perennial good girl Amanda Kittredge knows that her longtime crush on Brady Everett was never really supposed to go anywhere. But when Brady comes home to Cold River during Amanda's first attempt at independence, well, who better to teach her about rebellion than her older brother's bad-boy best friend?

Brady's plans did not include being forced to work the family homestead for a year--and yet, here he is. And, to make matters worse, his best friend's innocent little sister is making a menace of herself in the most grown-up, tempting ways. When Amanda begs Brady to teach her about men, he knows he should refuse. But could Brady's greatest temptation be his salvation?
Link to purchase the book

His best friend's sister? No way! Being ten years older. Definitely no. However, when Brady Everett starts to notice Amanda Kittredge he practically fears for his life. His father has recently died, and having recently returned, Brady is all but being forced to remain in town and work on the family's homestead for a year. Now that Amanda is a 22-year-old vivacious woman, Brady does his best to keep his eyes on her from the neck up when they are around one another.

Meanwhile, Amanda is making strides. She already had a job in a coffee house, but she also took a part-time job at a seedy bar. The biggest shock she tells her parents and overbearing brothers - she is getting her own apartment. Her dating experience is woefully inadequate and she is tired of not knowing about the more carnal things in life. Amanda sets her sights on Brady. Can her resist her? If not, what about his best friend and her other brothers?

The Last Real Cowboy is the third book in the Cold River Ranch series. It was a nice read and can do well as a standalone, even though characters from previous books are mentioned often in this story. I loved the family ties when it came to this book. Brady's past with his father was something that was a factor. I also enjoyed Amanda's interactions with her family. So, I found this book to be a very enjoyable part of the series and I do hope Caitlyn Crews will have more of the same for her readers.

Many thanks to St. Martin's Press and to NetGalley for this ARC to review. This is my honest opinion. 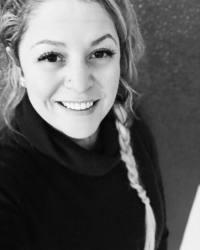 Writing (and finishing!) my first book was a relief.  And actually publishing that book was one of the greatest thrills of my life.

Now I’m some 95 books in, I’m still a romance fanatic, it still thrills me to see my books on shelves, and yes, I’m still plotting my Broadway debut.