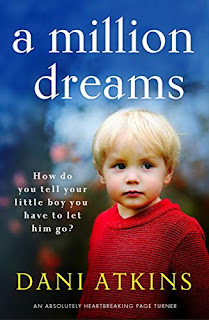 The lump in my throat dissolves into tears. “They’re going to take Noah away, Pete."

“No judge will ever rule that a child should be taken away from his parents.” My husband’s voice is defiant.

“Even if it turns out we’re not his parents?”

Izzy’s eight-year-old son Noah is her whole life. With his long eyelashes, mischievous grin and boundless energy, he’s got her husband Pete’s sunny outlook and Izzy’s curious mind. When they receive a surprise phone call from the fertility center that helped them have Noah, it’s surely nothing to worry about.

But what they learn from that call sends their dreams for their son crashing down around them. Eight years ago, someone made a terrible mistake at the center, and there’s a possibility that precious Noah isn’t actually their child.

Izzy and Pete know that they will fight to keep their beautiful boy at any cost… but if Noah’s parents are out there somewhere, is it right to keep them from their son? When a shocking diagnosis brings things to a head, Izzy must decide what’s right for Noah, even if it means sacrificing the person she loves most in the world…

From a million-copy bestselling author comes a heart-wrenching family dilemma inspired by a true story. If you love Jodi Picoult, Diane Chamberlain and Kerry Fisher, you won’t be able to put this book down.

Honestly, the cover alone gave me the indication that I might be greatly affected by the story. I was right. You have one woman desperate for a child who loses her husband in death. In Vitro was unsuccessful while he was alive, and eventually she decides to try what is her last and only time. Imagine her shock when she discovers that her eggs were implanted in another woman and that a child has been born as a result of that. No chance to have a baby.

Then you have a second woman, mother to said child, and child becomes terminally ill. Well, worlds collide because the woman without a child fights for said child in court. Should she take the child away from his parents? Or will she walk away and never have the child that would tie her to her deceased husband?

Was I vague enough? Too specific possibly? I hope so in either case. Why? This book comes highly recommended (although the requisite box of tissues is not supplied) and is a must-read for any woman who has ever loved a child. A Million Dreams could be called "A Million Pieces" because that is what it did to my heart. Kudos to Dani Atkins for writing such an effective story. 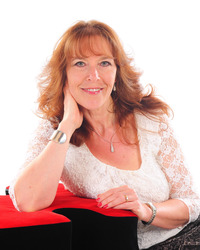 This served her well for commuting into the city, where from the age of 18 she worked in a succession of secretarial positions in companies as diverse as a BMW car dealership to the BBC. Dani spent her two hour commute avidly reading and dreamed that one day she would become an author herself.

When her two children grew up and left home, Dani set about turning this dream into reality and devoted her time to writing. She now lives in a rural Hertfordshire cottage with her husband, a soppy border collie dog and a haughty Siamese cat.

Her first novels FRACTURED (called THEN AND ALWAYS in the US) and THE STORY OF US published in 2014. In January 2016, her third novel, OUR SONG was published.