Review - The Last House on the Street 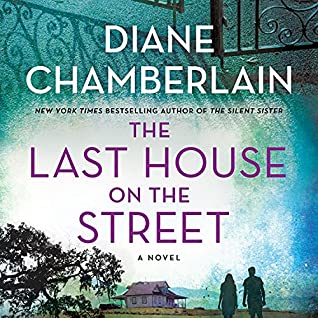 Growing up in the well-to-do town of Round Hill, North Carolina, Ellie Hockley was raised to be a certain type of proper Southern lady. Enrolled in college and all but engaged to a bank manager, Ellie isn’t as committed to her expected future as her family believes. She’s chosen to spend her summer break as a volunteer helping to register black voters. But as Ellie follows her ideals fighting for the civil rights of the marginalized, her scandalized parents scorn her efforts, and her neighbors reveal their prejudices. And when she loses her heart to a fellow volunteer, Ellie discovers the frightening true nature of the people living in Round Hill.

Architect Kayla Carter and her husband designed a beautiful house for themselves in Round Hill’s new development, Shadow Ridge Estates. It was supposed to be a home where they could raise their three-year-old daughter and grow old together. Instead, it’s the place where Kayla’s husband died in an accident—a fact known to a mysterious woman who warns Kayla against moving in. The woods and lake behind the property are reputed to be haunted, and the new home has been targeted by vandals leaving threatening notes. And Kayla’s neighbor Ellie Hockley is harboring long buried secrets about the dark history of the land where her house was built.

Two women. Two stories. Both on a collision course with the truth--no matter what that truth may bring to light--in Diane Chamberlain's riveting, powerful novel about the search for justice.
Link to purchase the book.
MY THOUGHTS:
Heartbreaking, unforgettable and relatable, even as we live in the 21st century. 1965 and 2010. We have two stories, that of Ellie Hockley and Kayla Carter. The past and the present collide when Kayla and her husband build a house in Round Hill, North Carolina. Sadly, Kayla's husband was killed in an accident even before they could move in. However, Kayla and their young daughter Rainey were all set to start their new lives in the lovely home, but not without problems. Someone does not want them there and somehow the past slowly begins to be unraveled for Kayla.
Back in 1965, Ellie joined a group of young people at the start of one summer they were involved in the early Civil Rights Movement and the SCOPE (The Summer Community Organization and Political Education) Project. They were determined to bring the right to vote to the blacks at that time, more commonly known then as 'coloreds'. Ellie was one who did not see color lines, and if she did, it was only towards bringing the races together, even if it could cost her everything.
Any book that is based on historical events begs researching and that is exactly what I did while reading this book. I was born in 1960 and the first notice I had of Civil Rights was when Martin Luther King, Jr. was killed. I remember that day clearly even if it took years for me to fully understand the impact he had on history. Learning now about the SCOPE Project raises my respect exponentially when considering how hard the fight was for so many, including countless lives lost while striving for equality. The KKK was large and in charge during many of the events that Ellie experienced, even discovering those she loved and trusted having involvement.
How do Ellie and Kayla connect in 2010 and how does the house Kayla built with her husband play into those traumatic events of Ellie's past? In this dramatic story, laden with heartbreaking experiences, Ellie's story is told, inluding how she met one very special person she had the privilege of working with during her time with SCOPE. Those memories impacted Ellie's life in inescapable ways, even decades later.
This impactful read was written in a fabulous manner, causing tears and sadness more than once. Having it as an audiobook and listening to the narrator, Susan Bennett, as she gave voice to both Ellie and Kayla only made this excellent book even that much better. Race issues are still prevalant in this modern world that we live in. This is a book that should be read by many.
Many thanks to St. Martin's Press and to Macmillan Audio and to NetGalley for this ARC for review. This is my honest opinion.
ABOUT THE AUTHOR: 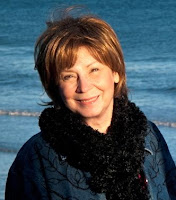 I was an insatiable reader as a child, and that fact, combined with a vivid imagination, inspired me to write. I penned a few truly terrible “novellas” at age twelve, then put fiction aside for many years as I pursued my education.
I grew up in Plainfield, New Jersey and spent my summers at the Jersey Shore, two settings that have found their way into my novels. In high school, my favorite authors were the unlikely combination of Victoria Holt and Sinclair Lewis. I loved Holt’s flair for gothic suspense and Lewis’s character studies as well as his exploration of social values, and both those authors influenced the writer I am today.
I attended Glassboro State College (now Rowan University) in New Jersey before moving to San Diego, where I received both my bachelor’s and master’s degrees in social work from San Diego State University. After graduating, I worked in a couple of youth counseling agencies and then focused on medical social work, which I adored. I worked in hospitals in San Diego and Washington, D.C. before opening a private psychotherapy practice in Alexandria, Virginia, specializing in adolescents. I reluctantly closed my practice when I realized that I could no longer split my time between two careers and be effective at both of them.
It was while I was working in San Diego that I started writing. I’d had a story in my mind since I was a young adolescent about a group of people living together at the Jersey Shore. While waiting for a doctor’s appointment one day, I pulled out a pen and pad and began putting that story on paper. Once I started, I couldn’t stop. I took a class in fiction writing, but for the most part, I “learned by doing.” That story, PRIVATE RELATIONS, took me four years to complete. I sold it in 1986, but it wasn’t published until 1989 (three very long years!), when it earned me the RITA award for Best Single Title Contemporary Romance Novel. Except for a brief stint writing for daytime TV (One Life to Live) and a few miscellaneous articles for newspapers and magazines, I’ve focused my efforts on book-length fiction and have written twenty-eight novels.
My stories are often filled with twists and surprises and–I hope–they also tug at the emotions. They have always been hard to characterize—some are contemporary, some are historical, some are suspenseful, and there’s even a bit of time travel thrown into the mix with The Dream Daughter. What they do have in common is the focus on relationships — between men and women, parents and children, sisters and brothers, friends and enemies. I can’t think of anything more fascinating than the way people struggle with life’s trials and tribulations, both together and alone.
I now live and write in North Carolina, the state which has become my true home and has also spawned many settings for my stories. I live with my significant other, John, a photographer and film maker, and our sweet Shetland Sheepdog, Cole. I have three grown stepdaughters, a couple of sons-in-law and four grandkids.
For me, the real joy of writing is having the opportunity to touch readers with my words. I hope that my stories move you in some way and give you hours of enjoyable reading.
web | twitter | facebook | instagram